Scarlet’s is a bar that I’d visited quite a few times when it was called ‘The Verve’, but last weekend was the first time I’d been to the bar under its new name.

Graciously, Happy Hour is still between 5pm to 8pm in Scarlet’s, where it’s Buy One Get One Free on cocktails and cocktail sharers/pitchers. Lamentably, it’s one of those inconvenient Fifty Five Camden-style Happy Hour deals where the two drinks you’re buying have to be the same, which is less than ideal because invariably, someone has to compromise and forgo their first choice. 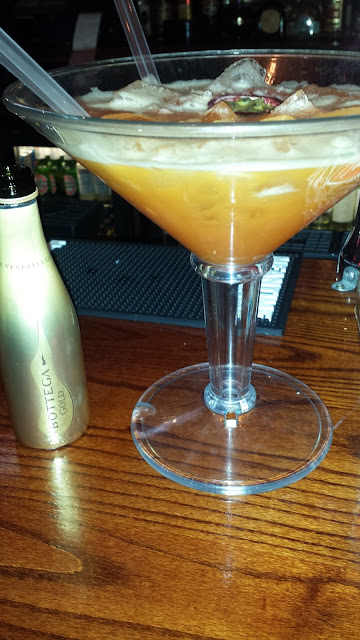 The food, on the other hand, was another matter. I had the fish and chips, and it being part of a January promotion, food was 50% off, so it cost £5 rather than £10. But even £5 for that (pictured above), when the same amount of money at McDonald’s gets you a far more nourishing filet o fish (and delicious salty French fries), felt like a bit of a liberty. The person I was with had the chorizo burger and they weren’t blown away by the shoddy workmanship on that, either. 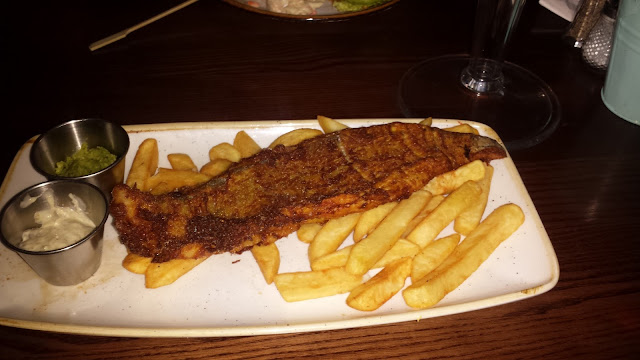 After getting drunk the drinks we went down to the basement, hoping to dance off some of the inebriation. I remember when visiting this bar in 2015 (just after having seen Damien Chazelle’s Whiplash) that I absolutely loved the music played here. So it’s apropos, then, that in the week when I watched Damien Chazelle’s far inferior follow-up, La La Land, the racket that they call music Scarlet’s was playing was like the La La Land to the Whiplash of music they played two years ago. /tenuous film analogy

Overall, with the January deal, and the fact that we were fed and extremely drunk by the end of the night (I couldn’t move from my bed in the morning), I can’t have too many complaints about Scarlet’s. Without any kind of voucher on food deals though, I definitely wouldn’t recommend eating here, especially when the decent burger joint Five Guys is literally just across the road. Come here for the three hours during Happy Hour to take advantage of the deal, then bugger off, would be my advice. 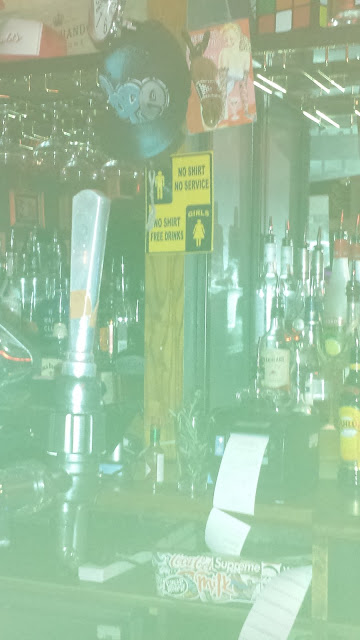 And finally, I was not a fan of this sign by the till. I guess they were aiming for facetious, but the joke is somewhat tone-deaf (not unlike that godawful quip that Ryan Gosling makes in The Big Short (another Best Picture-nominated film with Gozzer in that was so smug it was unbearable) about how he’s sure his calculations are correct because he used a Chinese kid to check his numbers.

I like to make the most of London by trying new bars and restaurants, and my reviews of these places are compiled here. If you'd like me to review your bar/restaurant, drop me an email at lemon_and_lime7@hotmail.com
Posted by Emma at 1/27/2017 10:36:00 am