Since attending a central London-based university at the beginning of October, I’ve wined and dined at several of the restaurants situated around the Tottenham Court Road/Oxford Street/Goodge Street area. Terrific for my tummy, less so for my poor River Island purse!

I went to the Japanese Assa a month ago, for lunch. 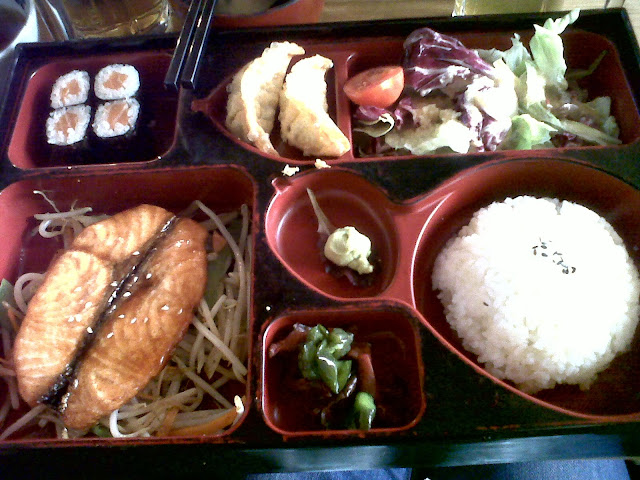 Being a sucker for salmon, I opted for the salmon tray, and had Japanese beer. It was a very well-presented dish, and I have absolutely no qualms with the quality of the salmon, which was tip-top. The sushi and dumplings also tasted great. In fact, the ensemble was only really let down by the lump of rice, which was presented unimaginatively, and tasted completely bland. There was also not nearly enough. I don’t eat half as much as I do for dinner at lunch, so I shudder to think how starving I’d be had I come here in the evening, but even for a quick lunchbreak between lecturers, even with the extra calories of a beer, I wasn’t near fed enough. My friend had a similar-style dish, again, presented stylishly enough, but not enough there. Thus, in terms of efficacy of a RESTAURANT, I’m afraid I have to give Assa Japanese a C-. 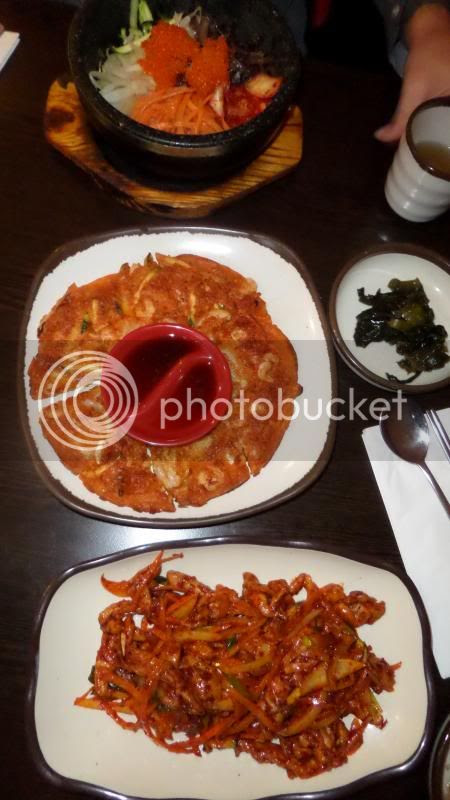 The Korean Assa was visited on Monday evening, and I had a much better gastronomical experience, for smaller prices! We had a seafood pancake to share for starters (wonderful, and delightfully moreish), and for my main I had spicy chicken stir-fry, which, gracefully, didn’t burn my tongue off, but tasted great. The fact that drinks were on the house (cold Korean tea) added to the appeal of visiting this place, and for central London, it was very reasonably priced indeed. I can definitely see myself going back, particularly as it’s so close to my uni. A-.
Posted by Emma at 11/30/2013 01:00:00 pm