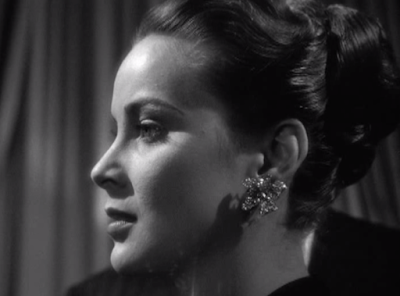 “You’ve seen Mrs Paradine. What does she look like?” asks Gregory Peck’s on-screen wife Gay Keane (played by Ann Todd). To which Peck’s Tony Keane, the defence lawyer trying to prove the innocence of said Mrs Paradine, a woman on trial for poisoning her elderly blind husband to death, answers “Strangely attractive.”

He’s being honest, and, at that time, he thinks it’s an innocuous comment. But knowing films, and knowing life, things don’t quite work like that. The Paradine Case, one of Alfred Hitchcock’s lesser known films, is essentially a courtroom drama that centres on the did she/didn’t she of the enigmatic Maddalena Anna Paradine, and whether she is, as she claims, innocent, or if she’s harbouring a darker secret.

Before long, Peck’s lawyer, a man who wants to see the good in everybody, is smitten with his subject, a fact that his wife is quick to notice. “She’s too fine a woman” he argues as her chief main argument for being innocent, and whilst it is clear that she is hiding something, he’s determined to prove her innocence. 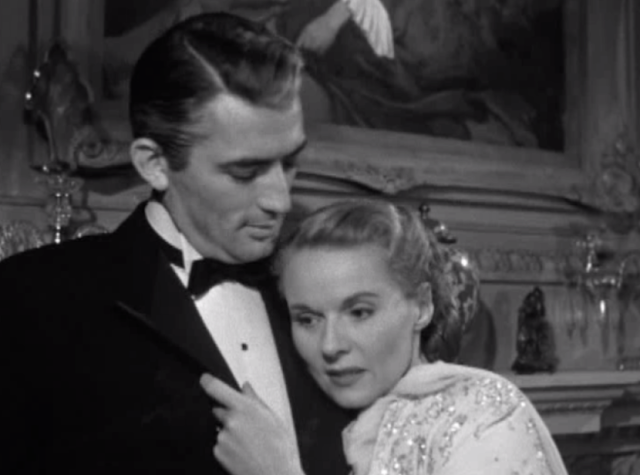 His falling for the exotic and mysterious Mrs Paradine would be understandable, if it wasn’t for the fact that he has a beautiful wife of his own at home, played to perfection by Ann Todd, who, when the quintessential Hitchcock blondes are listed, really does deserve to be on there. She knows she’s losing her husband to Mrs. Paradine, but she still encourages him to be her defence lawyer because she knows in her heart that he is the best man for the job; “Just because a man fancies another woman, you don’t treat him like a criminal”.

It’s a beautifully nuanced, balanced performance by Todd, which wonderfully illustrates how her initial fear turns to despair and then bitterness, and acts as a sort of antidote to Celia Johnson’s similarly frustrated housewife in different scenarios in Brief Encounter. Some critics have slated the character and the performance as whiny, but I read it differently; what we have is a doting wife feeling her beloved slipping through her fingers. Who wouldn’t feel bad about that?

The script is my favourite thing about The Paradine Case, and it features some lines that are wise beyond its years, from Mrs Keane’s very own none-too-convincing assertion that “I wouldn’t like a woman to be hanged – any woman – just because my husband had a rendezvous with her” to some astute observations on men being men, “Men who’ve been good too longing for the mud and want to wallow in it” as well as “the best men always end up with the worst women’.

Then there are a few Hitchcockian flourishes in style that he would later employ in his more prominent films, that really give the film its character; the most memorable being Andre Latour's slow, tense entrance to the courtroom, which was done with rear-screen

Ethel Barrymore, who was nominated for a Best Supporting Actress Oscar for her performance, gives fine supporting work and Charles Laughton is never not a delight to watch, but my favourite performance of the whole film belongs to Joan Tetzel, who plays the outsider looking in, but can see right through Tony Keane. Her character has a wide range of caustic phrases and feels like a Patricia Hitchcock in Strangers on a Train-lite, and is a joy throughout.

There is a high element of suspense and mystery through the film as, Mrs Paradine refuses to play all the cards that are in her deck, and even more baffling, seems determined to protect her late husband’s valet, the only other believable suspect in the case.

The film’s main shortcoming, unfortunately, is the stark lack of chemistry between Peck and Valli. Cary Grant and Ingrid Bergman in Notorious this certainly ain’t.

The did they/didn’t they theme is one that is present in a fair few Hitchcock films (Suspicion, Shadow of a Doubt, etc), but the courtroom – and the familial spin in The Paradine Case gives it an extra edge.

Whilst it is perhaps not quite polished or enthralling enough to sit up there amongst Hitchcock’s finest, it is still a very good film in its own right. Well worth checking out.

No I hadn't heard of this Hitch movie but I'll be searching it out, as sounds intruiging. I'm a big Hitch fan!