I’m in the middle of exams, so I’m just predicting the main categories. And score, 'cos I love me my film music :-) 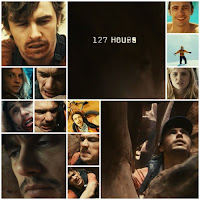 I'm still not used to this 10-instead-of-5 nominations malarky. It really, really devalues the Oscars, if you ask me. And Inception? PAH. 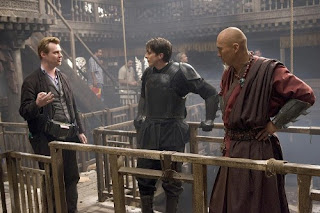 Pretty standard, I’d say. I’ve seen all but The King’s Speech, and of them, Fincher is my favourite and the likely eventual winner. I’ll keep my (less than impressed) opinions about Inception to myself, no?

I’ve only seen Bridges’ and Eisenberg’s performances, both of which are solid turns. I really enjoyed Marky Mark in The Fighter, but he doesn’t seem to have gathered as much pre-cursor buzz, so I’m not predicting him, despite him being one of my favourites. 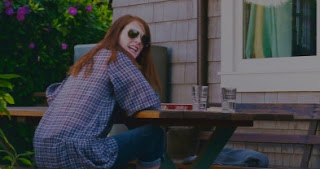 I don’t know what’s going with Hailee Steinfeld in terms of category placement; she’s quite clearly lead, but I think the FYCs have pushed her as supporting. Now sometimes, the Academy make up their own minds (like Keisha Castle-Hughes in Whale Rider), but if they accept her as lead, I don’t think she’ll get nominated, which is a shame so I’ll take her getting nominated in supporting because even though it’s category fraud, a nomination’s better than none at all, non? And I love Julie Moore, so despite the fact that I haven't seen The Kids are All Right yet, I want her to get another nomination <3

I’m not gonna lie, I really don’t see the big deal with Jeremy Renner’s performance; he was just all psycho-y. Rebecca Hall was the best performance in that film. I don’t see the Oscars “doing a BAFTA” and nominating Pete Postlewaite for the same film, so this is the safe five. I will CUT A BITCH if Andrew Garfield doesn’t get nominated, he was wonderful. Oh, Andy. 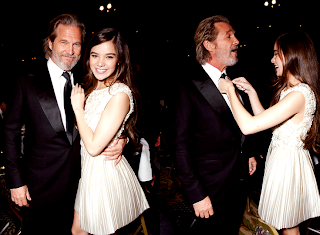 Awww, I really, really, really wish Mila Kunis were getting nominated, but the pre-cursors just don’t seem enough for her, plus I don’t know if her free-spirited ballerina is “baity” enough for the Oscars. Anyway, I’d love for her to get nominated. However, were Kunis to get nominated, it seems that Hailee Steinfeld would be the opportunity cost, and I loved Steinfeidl in True Grit, her getting nominated would be a score one for the young action heroines that Ivana Baquero in Pan's Labyrinth missed out on. Plus Steinfeld was so natural and wonderful. So I'm so conflicted! Having seen The Fighter last night, I am fully in support of Adams’ and Leo’s nominations; I can’t decide whom I like more, but if Melissa Leo does win the Oscar, good for her!

The Fighter
Inception
The Kids are All Right
The King’s Speech
Alt: Black Swan

Right, so, why am I going for a Black Swan snub in favour of Blue Valentine? I dunno, I just think they might do it to “compensate” for Ryan Gosling not getting nominated. Plus I’ve heard reviews about how ~~true to life~~ the script is, so perhaps it will resonate with the Academy voters who are stuck in loveless marriages. Again, I’m shaking my head at Inception’s joke of a script getting nominated, but whatever.

Oh dear god, I sincerely hope 127 Hours’ script doesn’t get nominated (hai. I’m on a rock. Hai, I’m chopping off my arm. Hai, film’s ended.), but I can see Danny Boyle & Simon Beaufoy (the twosome responsible for Slumdog Millionaire’s script – now that was a nice screenplay) getting nominated. The others, I’m cool with. I’d love if Toy Story III (my favourite film of 2010 at this moment in time) won over The Social Network, but that ain’t happening, and The Social Network is my second fave film of 2010 and I loved the banter, so I can deal. The lines coming out of this guy's mouth were hilar:

Whilst I deeply enjoyed The Social Network, one thing I cannot for the life of me fathom is all the hoo-ha over its score. That’s the only Oscar that I have a problem with it getting. I really liked Desplat’s score to the seventh Harry Potter film, but obviously The King’s Speech is the score he’ll be getting nominated for. And despite holding Inception in the absolute lowest regard, the music in it was pretty decent.

Other?
My main Oscar wish is that “Never Say Never” from The Karate Kid gets nominated for Best Song. It’s actually written by Justin Bieber, and I don’t know if I can be dealing with him as an Oscar nominee, but the song sums up the film so well, plus there’s a swaggerous breakdown rap in the middle. I rate it.


Oh, and should Andrew Garfield not get nominated? This is gonna be my reaction:

Hailee's pretty tall for a 14-year-old!

I feel I should be thanked for introducing you to Andrew Garfield, as it was me who recommended Sugar Rush the TV show to you all those years ago.

Hahahaha I legit remember that! When we were discussing Sweet & Sugar Rush right? Fair dues, you can have that one. :D