This blog is part 2 of my testing out the assortment of perfume samples I got for £23.50 from eBay. My thoughts on the first few are here! 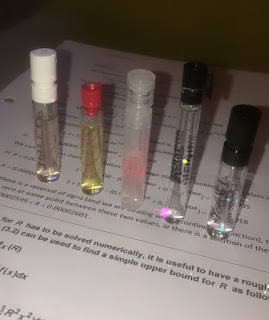 Brit Rhythm for Women by Burberry
Brit Rhythm for Women has an extremely strong lavender scent. Lavender is an ingredient I like on my scented candles (the candle photographed below is one of my favourites) but in the way that it's been formulated in this Eau de Parfum, it goes much less well. 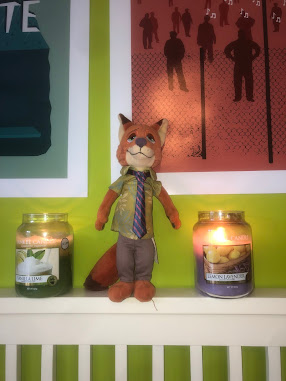 Despite the floral notes, the presence of musk, woodsy notes, vetiver, cedar, coumarin interacted with them to give Burberry Brit a somewhat unisex feel. Continuing with the theme started by Kierin Nitro Noir and continued with Eau de Gaga, I don't seem to care for unisex smells.
The drydown is a marginal improvement on the initial smell, and the product did have good longevity. But the latter point is to its detriment as Brit Rhythm for Women bought back memories of Moschino Toy in how the smell was very artificial (in this case, soapy) and the noxious smell gave me a headache that didn't end until I washed the perfume away.
3.5/10
PanAme Patou by Jean Patou
Containing pear, lime (linden) blossom, peach, violet, sandalwood, oakmoss and musk, the combination of these elements was unusual. The main whiffs I got from PanAme were the pear and lime, but the formula was so heavy that it gave the impression of baby wipes.
This perfume aims for sweet and fruity, but the concentration is so strong and overpowering that it's difficult to discern the mossier base notes. I would advise the creators of PanAme to dial back on the pickled pear smell next time.
It wasn't nauseating like Burberry Brit, meaning I will use the sampler until it runs out, but I won't be hankering for a refill either.
4/10
4711 Acqua Colonia Lychee & White Mint
This perfume is one of a range of '4711 Acqua Colonia' perfumes, which come in all smells and are packaged rather elegantly as such: 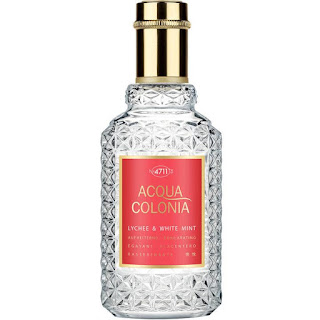 The smell matches the classiness of the bottle, fusing green, tropical and fruity scents with aplomb. The lack of an overt floral notes means this eau de cologne could be worn by a man or a woman, and is thus a pleasing proof by counter example to my up to this point held belief that I wouldn’t find a unisex fragrance that I rated!
The freshness of the cologne would make it great for a summer's day, especially as the drydown has a nice tropical tinge. I don’t know of lychee or mint being used in any other fragrances, but the rogue move definitely paid off – this is an underrated gem.
7.5/10
Royal Revolution by Katy Perry
Royal Revolution is a Katy Perry song, if it were a fragrance. With top notes of pomegranate and pink freesia, middle notes of sandalwood, orange blossom and jasmine, and base notes of blackthorn, vanilla orchid, leather, musk, the end product as playful as you'd expect from the singer of Last Friday Night and California Gurls.
The white florals used in the formula is very subtle, and demonstrates that, when sparingly employed, I'm actually not averse to white florals in perfumes (Thierry Mugler had it in abundance, to noxious effect).
On initial impact with the skin, Royal Revolution smells pungently alcoholic. However, this dries down quickly, after which the musky blackberry and flirty jasmine takes over. The perfume is then pleasing on the nose for the rest of the time it stays on, although, fair warning – the longevity of Royal Revolution is very poor. You would have to top up the scent several times if you want to smell of it throughout the day, although with prices of c. £13 for 50ml, at least it's affordable to do so.
6.5/10
You & I by One Direction
Considering it's produced by the band, You & I is surprisingly sophisticated. The perfume is fruity, fresh, with just a hint of musk, making it most well-suited to being worn in the Spring and Summer.
With middle notes of peony, peach blossom, osmanthus and orchid, you can discern the floral elements of the perfume, but they don't dominate the smell. These flowers are perfectly blended with the perfume's fruity top notes (mango, citruses and grapefruit) and its woody base notes.
The sillage of You & I isn't overpowering, so you can wear it in the office without worrying about its smell being too pungent. Like the band's music, it's accessible and pleasant on the senses. That's what makes it beautiful!
8/10
--
I'm going to stock up on some samples that I actually want at the end of the month (as opposed to ordering a pot luck which I had no control over what was in), so let me know if there are any fragrances I simply must try!
Posted by Emma at 1/14/2021 07:12:00 pm