You know what this is about by now! I was missing the FeelUnique '5 samples for £3.95' deal (which in itself was a response to missing being able to test perfumes in department stores pre-Covid-19). So I bought a sample of 50 perfume samples for £23.50 off eBay. The only issue was that I didn't have any say in the perfumes, and alas, some of them weren't to my tastes (see previous reviews of the eBay pot luck, here and here). 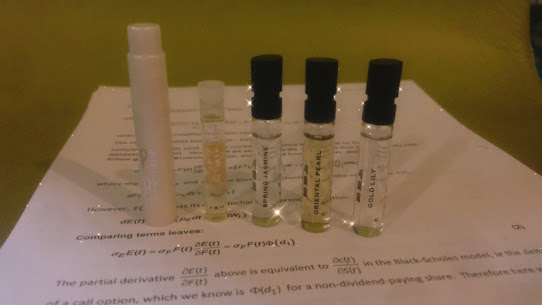 Intrusion by Oscar de la Renta
Launched in 2002, Intrusion is a white floral scent with top notes of grapefruit, Sicilian Bergamot, neroli, star anise and mandarin orange. The middle notes are all flowers: lily, water jasmine, peony and gardenia, and the base notes are of musk, patchouli and amber.
The first whiff I got from Intrusion was the star anise, which evoked cleaning products, especially how over-chemical it was. This was also how I felt when I smelt Moschino Toy and Burberry Brit, which was an inauspicious start.
And, unfortunately, things did not improve. The concentration of the mandarin orange and grapefruit with the flowers gave the perfume a strongly pickled flavour. Then the drydown gave way to the cleaning product smell, with the pungency of the acidic smell giving me a headache.
In the pantheon of samples that I've trialled since I started reviewing them on my blog, the only thing worse than this is Moschino Toy. Horrible.
2.5/10.
Eau Transparente Montana Eau de Toilette for women
This perfume was discontinued, and I daresay it was for good reason. The best thing about it was undoubtedly the eye-catching bottle shape (pictured below), which I can't even enjoy when I just use the samplers. 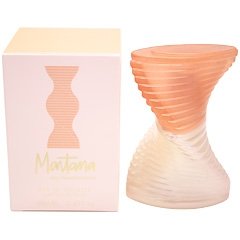 Like Intrusion, it's another white floral fragrance. With the unholy Trinity formed by Intrusion, Eau Transparente and Mugler's Miroir des Majestes which I also disliked, all signs point to white floral not being it for me.
Containing cedar in the middle notes and sandalwood in the base, it smells plenty woody, but there's this aggressive orange smell that overpowers all the other ingredients (weirdly enough, orange isn't actually an ingredient, so it must be a quirk in the formula). The musk is lathered on way too thick, to try to evoke sensualness to the formula. It doesn't really work.
4/10.
Oriental Pearl Shanghai Tang for women
As part of a launch of 8 fragrances (5 for women, 3 for men) by Shanghai Tang, is Oriental Pearl, which is emulating for (as the title suggests), an old world Chinese smell inspired by the Han Dynasty.
I feel this fragrance leans into the oriental part of the spec a bit too hard, by making the amber the marquee component, rather than finessing the nuances of the ingredients and how they interact with each other.
The other main notes from it are woody and patchouli. On initial impact with the skin, it smelt a bit medicinal, but the drydown improved. Not something I would buy, but an improvement from the previous two perfumes reviewed, at least.
5/10.
Gold Lily Shanghai Tang for women
Despite my aversion to the Intrusion and Montana Eau Transparente, Gold Lily was a nice surprise, because it shows that, when mixed with the right ingredients, my nose can actually take to white floral scents. The Far East elements of this were applied more subtly than in Oriental Pearl, to the overall formula's benefit.
With top notes of lily and ginger lily, middle notes of jasmine, orange flower and base of patchouli and musk, Gold Lily shares several components with Oriental Pearl. Blending the flowers with patchouli and musk gives it a cooler feel, compared to the extremely sharp smells of Thierry Mugler's Miroir des Majestes.
Instead, Gold Lily is a relaxed, smoky sensation when worn, and the rating, though appearing modest, is probably the highest I'll go for a white floral fragrance (although very happy to eat my words on this!).
6.5/10.
Spring Jasmine Shanghai Tang for women
Spring Jasmine is packaged gorgeously: 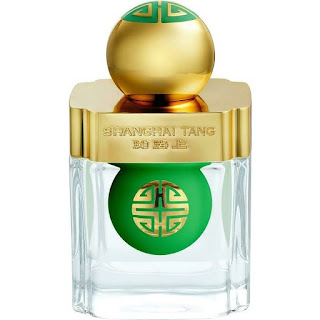 The fragrance itself is floral and musky, and reacts well with the skin. I believe this is because the musk replicates a natural human scent well. The top note is bamboo, which gives the formula a distinctive quality, and the ingredients combine to give a fresh, clean, smell.
As past reviews and scorings will show, I tend to favour the sweet fragrances, which none of the three Shanghai Tang scents are. That's partly why all three of them have gotten quite moderate ratings. But Spring Jasmine was my favourite of the three – organic, natural and enticing.
7.5/10.
--
My other perfume reviews are listed here. I'm very happy to review your product, just drop me an email at lemon_and_lime7@hotmail.com.
Posted by Emma at 1/31/2021 05:50:00 pm

Thanks for sharing this post with us. These posts are really amazing. Online College of Business and Finance UK Must visit us !!