Back in February, I had the pleasure of being able to try the five-course tasting menu at Galvin at Windows, at the Park Lane Hilton. With the exception of Yuauatcha and Sticks’n’Sushi, I rarely dine at expensive places, so when I got the opportunity to, it always feels like a special occasion! 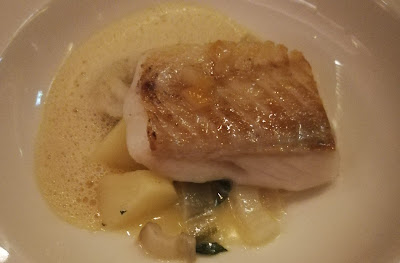 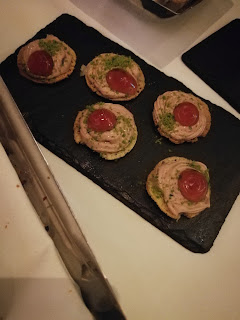 The appetiser (not one of the five courses) was a pate on a biscuit-type thing. Very yummy, and the minute portion meant the diners were primed for the five courses to begin. 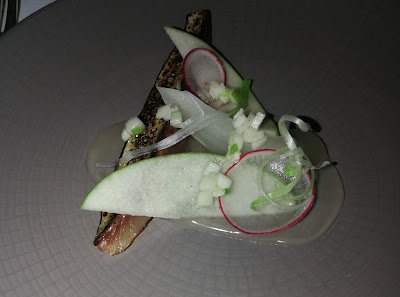 Ornately prepared and the mackerel was of high quality, but there really wasn’t enough of it. Even the fruit ornamentation was perilously thin. 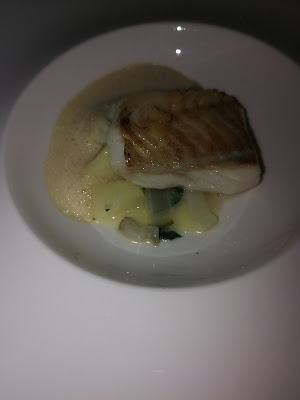 Delicious. The bubbles really enhanced the flavour of the cod, and the quality of the fish was great. I’ve had this dish before, at the Michelin-starred La Trompette, where it was better, but that was expected, as there, it was my main dish, whereas this was just one of five.

Despite falling short of La Trompette’s exceedingly high standards, this was my joint favourite course of the five… 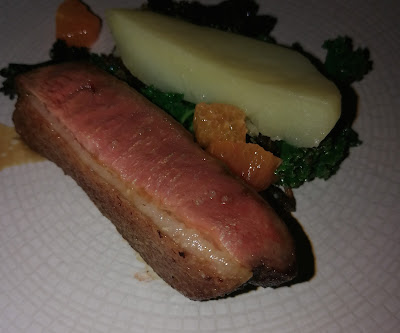 …along with this one. I think the tangerine slice was largely ornamental, because personally I’m not a big fan of fusing the sweet with the savoury.

The asparagus bought a welcome dose of vitamin K to the meal, and the potato had been softened before presentation, which lent a nicer texture to eat.

The sauce really bought out the taste of the duck, which was well-cooked.

My only gripe was that the waiter divvied up the sauce, so that there was an equal amount for every person sat at the table. Some people didn’t use up all of their sauces, whereas I felt I could easily have consumed more, so it would have been way more utilitarian had the waiter just left the sauce at the centre of the table and let us help ourselves (and ideally, there should be more. The sauce really made this meal! The miserly portions of condiments for this course reminded me of The Pig and Butcher!) 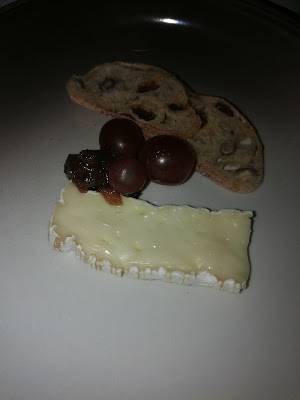 This was by far the most pedestrian of the dishes, lacking any invention or giving any indication that this was fine dining. It was perfectly serviceable, and I’m never going to say no to cheese, but as an après-duck dish, the chefs could have thought out of the box and given us something less carby, say, a nice salad, or something. 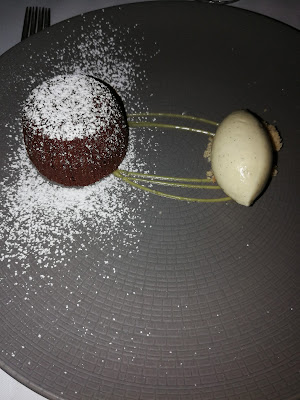 A pleasing sweet treat to finish the meal with. I preferred the ice cream on the right of the photo to the cake on the left, which was heavy bordering on stodgy. The sugar powder was nice to dip the cake in, and the toffee drizzle was delicious, but like all the best things in this five-course meal, there wasn't enough of them. 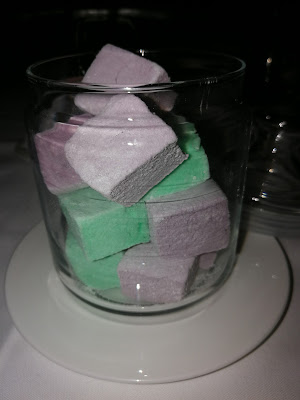 The restaurant kindly gave our table a jar of homemade marshmallows, which were absolutely delicious and a nice palate cleanser after the meal. I really dug the purple ones!

Overall, whilst the latter two dishes of the five course meal didn't stand out as being 'fine dining' to me, it was still a Friday well spent at Galvin at Windows. The 5-course meal was available using a Groupon deal that cost £35, and for the variety of food you get, as well as a complimentary Bellini, it would seem churlish to complain.

Hey There. I found your blog using msn. This is a very well written article.
I will make sure to bookmark it and return to read more
of your useful information. Thanks for the post.

Hi! This is my first comment here so I just wanted to give a quick
shout out and tell you I really enjoy reading your blog
posts. Can you suggest any other blogs/websites/forums that go over
the same topics? Thanks!