Statistical Analysis of the 141 films I watched in 2017, with BBFC analysis.

Just like last year, when I put my hard-earned coding skills into practice by analysing all the marks I’d awarded every film I watched in 2016, I repeated the process again this year.

The arithmetic mean of the 141 films was 6.64, a fractional increase from last year, meaning that my discernment skills to have improved slightly. That being said, the lowest mark out of 10 I gave last year was a 2, whereas I gave 1/10 to two films this year, and zero out of 10 to one, Darren Aronofsky’s bloated stinker, mother!, which is the worst film I’ve ever seen in my entire life, and featured that movie ingredient that I am so averse to: Jennifer Lawrence screaming her head off. 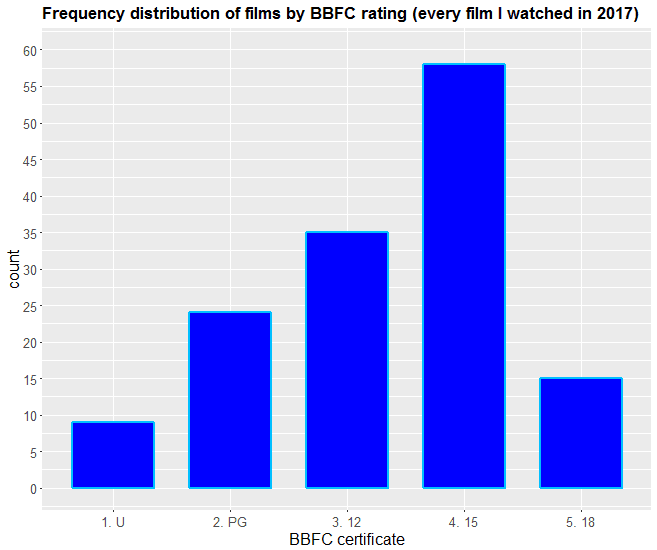 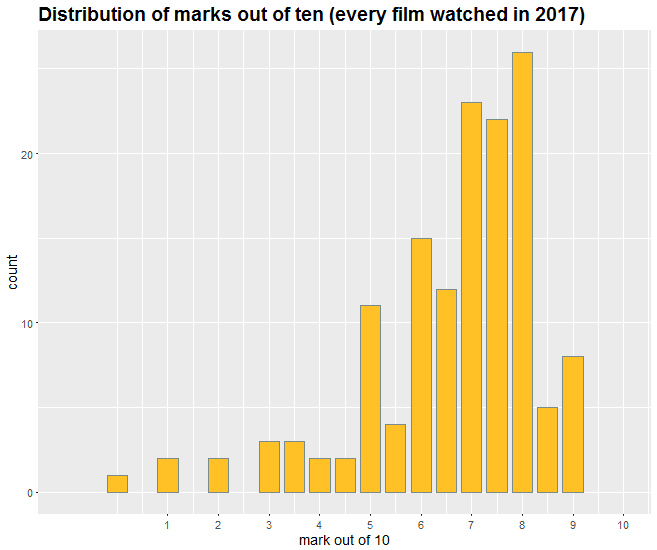 There was an overall increase in the proportion of 7.5 and 8/10s that I awarded last year, which contributed to the mean mark I awarded increasing slightly this year, despite the fact that I didn’t give a single 9.5 or 10 (there was one of each in my viewing log from 2016). Thus, whilst the overall quality of films elevated slightly, there wasn’t anything that was so good it entered my all-time top 50 canon. When I conducted a statistical analysis of all the films watched in 2016, I think I found it quite aesthetically jarring to see so many gaps in the tail end of the histogram (see last year’s). This may have played on my mind subconsciously, because the number of gaps in the tail end of this histogram has gone down from 4 to 3. 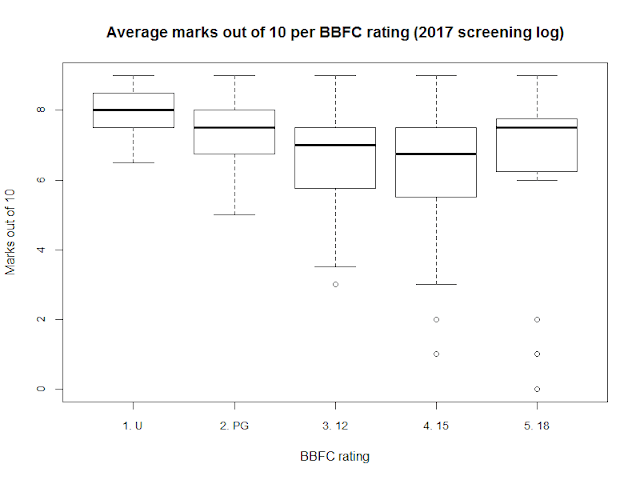 U-rated films performed very well, median-wise, and this was a consequence of me trialing Amazon Prime, which has a tonne of classic era Hollywood films on. Some of the ropier ones tended to PG (and hence PG's lower tail), but the U's fared very well, accounting for my favourite film that I watched last year, the adorable screwball comedy My Man Godfrey. As such, U has both the tightest confidence intervals in terms of quality, and accounts for 30% of my top 10 of films viewed in 2017, despite only representing 6.4% of the films I watched that year.

The law of averages would suggest that 15 would be the most variable rating in terms of quality, but not quite. For, whilst the 15-rating did produce a film I rated 1/10 and a 2/10, I also awarded a 1/10 to the 18, as well as a rating that I had never given prior to seeing Darren Aronofsky's shocking (in more ways than one) mother!.

And without further ado, the ten films I enjoyed the most and least last year, along with top 5 acting awards out of all the performances seen!

^^ With the exception of the now-deceased William Powell, this category mirrors the Best Actor category at the Oscars in terms of performers, crazy (although obviously Denzel and Daniel DL are for films from previous years)!

The moral of the story is don’t watch films you know you’re going to detest made from directors and actors who irk you (mother!, Snatched, Wild at Heart). Don’t watch vile films like The Human Centipede just out of curiosity. And having Rooney Mara, Jessica Chastain or Miles Teller in is not an immediate guarantee to the film’s quality. 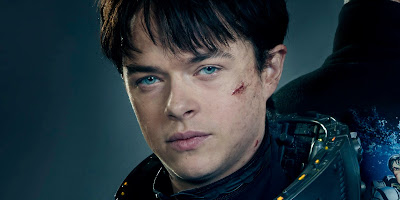 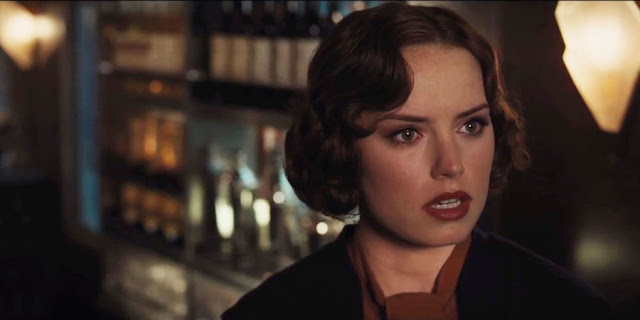