The awards season is officially underway! I was on holiday in NYC when the Golden Globe nominations dropped on Monday and didn’t have time to do a reaction post, so here be my rather delayed Good, Bads and Uglies on the nominations.

Good
- Dunkirk and Christopher Nolan being nominated. Dunkirk is currently my choice for best of 2017 (having not seen the vast majority of the Oscar heavyweights as they’re released later), and the only 9/10 I’ve awarded a 2017 film.

I still think about some of the visceral moments (the BBFC weren’t kidding about the intense sequences and sustained threat) and for all his ambitiousness in Inception, I thought Dunkirk was the film where Nolan was able to marshal his ideas in a gripping, affecting way, whilst never heroicising war, instead, presenting it in its gritty realness.

- Hans Zimmer’s score for Dunkirk nominated in Best Score. Zimmer is an innately gifted musician who has produced some of my favourite film scores, and Dunkirk’s nerve-wracking tick-tocking score ramped up the tension spectacularly. I hope he wins here and at the Oscars, too.

- Christopher Plummer’s Best Supporting Actor nomination for All the Money in the World, which he shot in a matter of days following Kevin Spacey’s scenes being erased following his harassment allegations, is a nice middle finger up at Spacey.

Ridley Scott was nominated for Best Director, presumably as a reward for his bold (and no doubt, in the short term at least, costly) decision to cut an actor who’d already shot all his scenes and quickly draft in a new one, but Jordan Peele was the casualty of that, so I can’t be too pleased.

- No Jennifer Lawrence nomination for mother!. Given that the Golden Globes, notorious for appeasing film stars rather than talent, have given her three wins for her miscast performances in the three David O’Russell collaborations, for them to ignore her suggests even those with admiration for Jlaw that is grossly disproportionate to her talent are getting tired of her talking shit all the time.

Slowly but surely, Jlaw is getting cancelled, and I am so here for it.

- Vietnamese-American Hong Chau receiving a nomination in Best Supporting Actress. This was somewhat surprising, given her film, Downsizing, has received at best, a tepid response, but a huge victory for Asians actors, who are grossly under-represented in film, given Hollywood’s penchant for divvying up their roles to the Emma Stones and Scarlet Johanssons of the worlds instead. Go Hong, I hope she wins!

- Lady Bird co-stars Timothee Chalamet and Saoirse Ronan nominated (the former, for CMBYN). Luminous, Incredible Saoirse is in a relatively thin category (where to fill up space they had to fill space with Emma Stone for Battle of the Sexes, a tennis film which roughly three people watched) so I expect she’ll win, whereas Timmy has stiffer competition from Gary Oldman, who properly hams it up under many layers of prosthetics as Winston Churchill, but omg, if they won, that would be two of the youngest leading actors, winning together!

- The smug cow in me is gloating so much that in the thin Best Actress in a Musical/Comedy category, where they were so desperate they had to nominate Emma Stone for a film no-one saw and Helen Mirren for a film no-one heard of, they still didn’t nominate Emma Watson for Beauty and the Beast. A testament to Emma’s rubbish performance; her delivery of ‘I will never marry you, Gaston!’ needs to be shown in every Drama class as the archetype of stiff, unconvincing line readings.

Bad
- As mentioned, Jordan Peele’s nomination for his daring directorial work in Get Out really stings. It means all five nominees in Best Director are white men. #hmm

- Jordan Peele was then again snubbed in the Best Screenplay category. His sharp script, which conflated about five different genres whilst gently satirising how some white people act woke (‘I would have voted Obama for a third time if I could!’) is amongst the finest writing of the year.

But I shouldn’t be surprised the Globes ignored it; they gave Best Screenplay to La La Land this January, so they obviously wouldn’t know a good script if it tap danced all over them.

- Overall, bar the odd surprise (none which pushed the boat out massively), this line-up is uninspiring and predictable.

The Golden Globes have two categories for Leading roles, for Comedy/Musical and Drama, unlike the Oscars, who have just one.

By nature of being able to honour ten roles rather than five, the Golden Globes should have been a bit more adventurous with some of their choices, nominating, say, a Gal Gadot, Brooklynn Prince or a Florence Pugh (who’s defiant, icy turn in Lady Macbeth is my best leading female so far this year), rather than playing it safe and back-patting the same film stars they always back-pat.

Ugly
- Michael Stuhlbarg was horribly snubbed in Best Supporting Actor for Call Me By Your Name. I haven’t watched Jenkins, Plummer or Rockwell’s performances yet so I can’t comment on how they compare, but in a classically star-f_cking move, the Globes nominated the more photogenic Armie Hammer over Stulhbarg, even though I thought Stulhbarg had a harder role and did more with it. 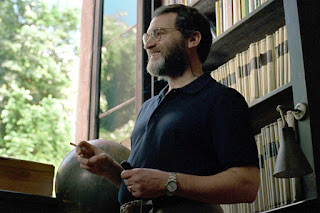 I thought he was brilliant as the loving and analytical father, who isn’t afraid to let his son live and make his own mistakes, and knows more than he lets on.

The monologue he gave was achingly poetic and eloquent, and that owes much to the script, but Stuhlbarg gave those words so much feeling and gravity. The monologue was my favourite scene in Call Me By Your Name (no easy feat given the film features not one but two very dishy actors kissing), and Stuhlbarg deserved recognition for it.

- Another gripe about the Best Supporting Actor nominees: Mark Rylance was snubbed! I preferred his work in Dunkirk to that which he won an Oscar for last year, in Bridge of Spies. I found his stillness in Bridge of Spies distracting and ‘wooden’, whereas in Dunkirk, it suited the composed character he was playing, and exemplified that important tenet of performing, ‘it’s acting, not reacting’.

I do feel Rylance deserves some love for his understated work in Dunkirk; hopefully BAFTA will throw him a nomination (although, BAFTA don’t take well to no-shows, and he didn’t actually show up to the BAFTAs last year when he won Best Supporting Actor. Sidenote: up until then, Stallone had been frontrunner for Best Supporting Actor, and it was BAFTA who changed the state of play, showing that despite basically just trying to predict the Oscars 90% of the time, the BAFTA do have an ability to influence the Oscars, something which I wish they would exercise more!)

The SAG nominations come out later today, so expect another long-winded rant about that, although I’m hoping they show more out-of-the-box thinking than these bland GG nominations! I kind of want Dunkirk to get nominated in Best Ensemble just so that Harry Styles can have a SAG nomination to his name! (Cara Delevingne could never).
Posted by Emma at 12/13/2017 02:08:00 pm