I was browsing HMV when I spotted this, and instantly, my film classification board nerd senses were tingling. 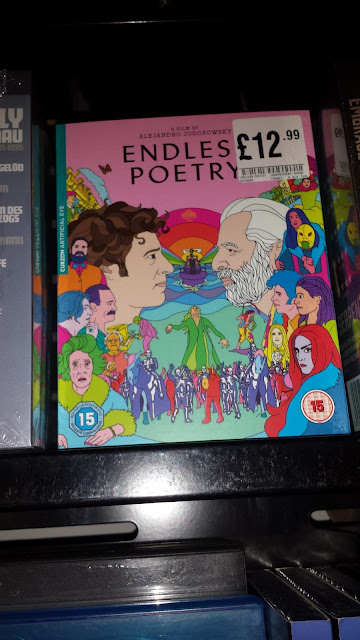 I didn't see Endless Poetry when it hit cinemas, but I was tempted to, only because it got a 15 from the BBFC and an 18 from Ireland: Given that Ireland have a 16 rating for cinematic release, which they usually give to the harder 15-rated films (eg, Logan), to give Endless Poetry an unequivocal 18, when the BBFC gave it a 15, had me curious as to whether it was the BBFC being too lax, or the Irish being too strict.

Perhaps, given that the Irish seem to have done an 180 and down-rated it to a 15 on DVD release, it was the BBFC in the right on this one?

The BBFC seem to have a new phrase du jour: 'brief strong sex'. They've been using it in abundance recently: 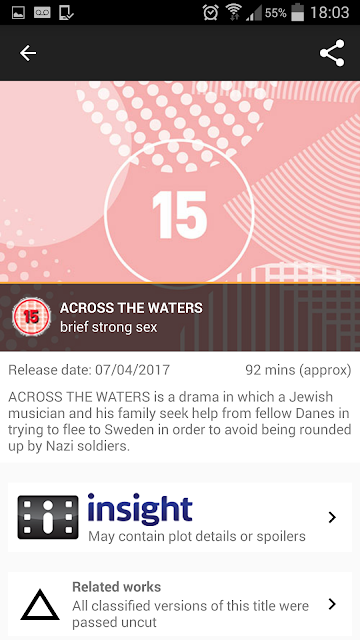 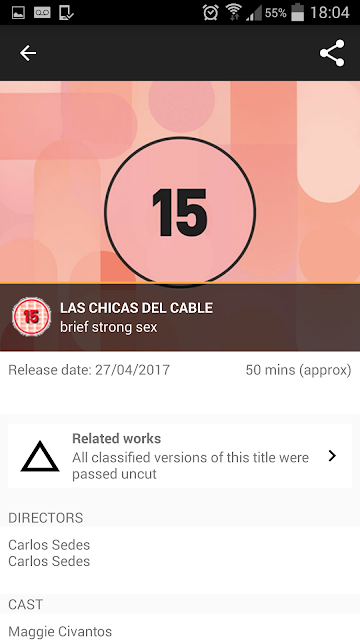 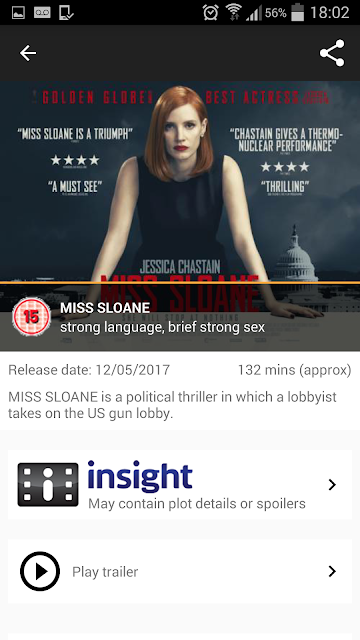 I watched Miss Sloane on Sunday, by the way, and the sex scene, between Chastain's ball-busting lobbyist and a handsome gigolo, was so brief, if you blinked, you'd have missed it. In fact, the Irish decided it so inconsequential that they deemed it moderate, not even mentioning it in their comment box. 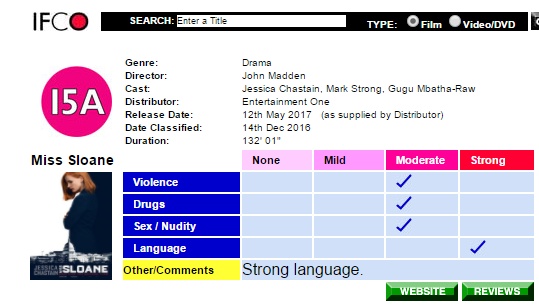 Sidebar, but what with Sonia Braga in Aquarius and now Jessica Chastain in Miss Sloane shagging male escorts, 2016 marks two women paying for transactional sex in film, rather than the other way round, as it usually is. Hurrah for gender equality!

I will be spending my evening watching an anime film I have absolutely no knowledge of, purely for BBFC research purposes. Fairy Tale: Dragon Cry has, like the three films pictured previously, 'brief' and 'sex' in its short insight. But it ain't rated 15 for a sex scene, oh no: 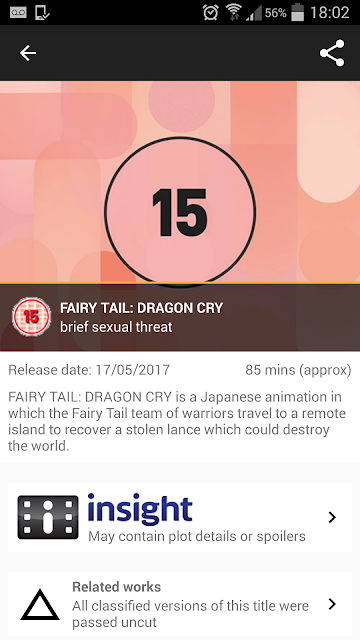 Yup, I'm going to sit through a film I know nothing about (and sounds like the kind of goofy adventure animation that isn't usually my cup of tea) just to see if the 'brief sexual threat' is 15-worthy.

Unlike with Endless Poetry initially, the Irish are in concordance with the BBFC over this one: 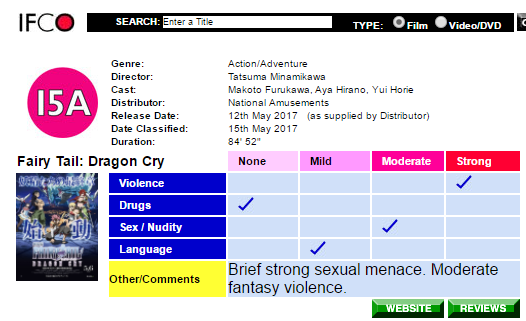 Finally, I know after Ida and Two Days, One Night-gate back in 2014, the BBFC have been more cautious with revealing spoilers in the short insight, and even gone so far as to not show the black card if it contains a spoiler (as The Neon Demon had), but on the extended info, they can afford to be a bit more wordy, given they've shown the 'details contain spoilers' tab and people have actively clicked on it... 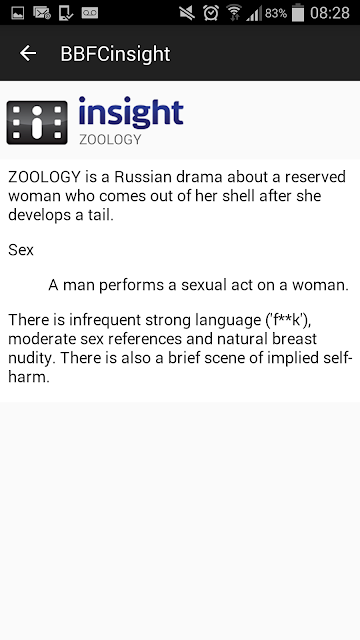 'A man performs a sexual act on a woman'. Thanks BBFC. Really informative, that.

Their reticence in the extended information would seem prudent, if it weren't for the fact that they're casually giving away spoilers in short insights like sweets: 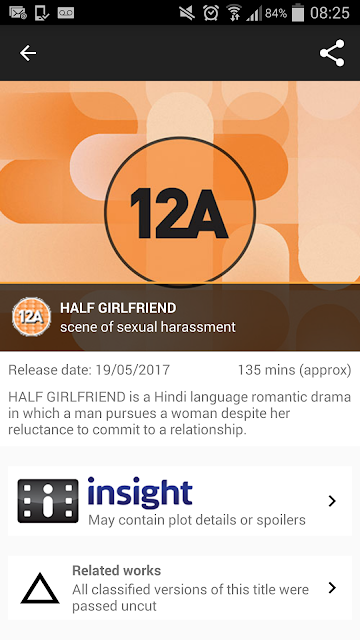 Unnecessary spoiler is unnecessary, BBFC. Particularly given 'moderate sexual threat' was right there!!

When it comes to shonen adventure anime, Fairy Tail is among the worst. The majority of the fans are under 15, so that rating's really going to hurt. The most common complaint has about it is how oddly sexual it is (I've seen screenshots with naked girls chained up and the like in the manga, which runs in a magazine aimed at children), yet the fight scenes won't show any blood.

Hey Golden Geek! I saw it yesterday, and there were quite a few adults in the audience (several who sniggered at the 'brief sexual threat' black card). They were laughing their heads off at random plot points, such as a cat character turning red. I think the humour was definitely lost on me, a Fairy Tail virgin!

And I agree that if the fans are mostly under 15, it is too sexual. The female characters all had huge tits which bounced up and down when they ran. Hmmm!

I think Endless Poetry might be a misprint
http://ifco.ie/website/IFCO/ifcoweb.nsf/SearchViewVideo/1F0387458AFC53FA8025809F0078EE06?OpenDocument&OpenUp=True

The DVD rating on the website is 18, I guess since it's such a small movie there's no reason to make a mountain out of a molehill.

(Just like the 'very strong' sex in ENDLESS POETRY, haha).

I think I'm going to go watch it to see if it would fit a 16 since logically it was made for the stronger BBFC 15's/lower 18's and I love the director.

By all means watch it, and report back, because I'm curious as to what the Irish consider a 'very strong' sex scene!