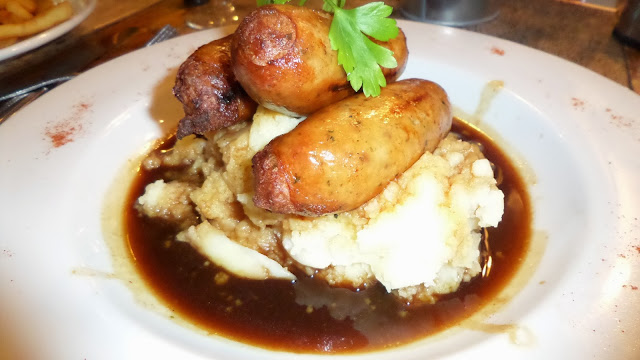 A short walk away from Earl’s Court tube stop, The Prince of Teck is that bit more elegant than the vast majority of dives I’ve visited, and can probably be best described as a pub with aspirations of being a bar.

Not that The Prince of Teck’s delusions of grandeur are a bad thing. Because it’s slightly more upmarket, you’re spared the company of unhinged boozehounds, and instead share company with city professionals who graciously have that London DNA imbued in them of just wanting to get drunk with their mates, and won’t be making small talk with strangers for no reason. Furthermore, the staff are extremely attentive and friendly, and never do you feel like you’re being an inconvenience to them, which is more than I can say for other London restaurants, where the pint-pullers glare at you for so much as asking for a drink.

Alcohol is slightly overpriced, but that’s expected, given the Kensington postcode. The food was exemplary – my sausage and mash were absolutely delicious, and it was good to see that the chefs had taken on board my request for extra gravy. My colleagues all spoke highly of their meals as well, and the choices on the menu transcended the standard paint-by-numbers fare. Such is the hegemony of The Prince of Teck in the dining stakes, then, that I would give this place a huge thumbs up. Visit it if you can; getting inebriated has never been so much fun.