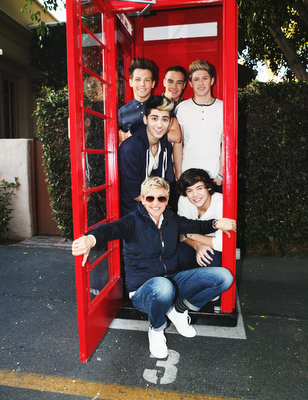 The dreamy boy band’s second album had a difficult job, having to follow up to last year’s “Up All Night”, which featured the massively popular One Thing, Gotta Be You, and especially What Makes You Beautiful which was one of the tunes selected to be sung in the Olympics closing ceremony. The sequel, however, more than lives up to billing, The Godfather Part II of albums, if you will. There isn’t a song on it that stands out quite as much as What Makes You Beautiful did, but the overall quality is much greater.

The opening track, Live While We’re Young, an ode to living for the moment and YOLO-ing it up, is the closest to being the WMYB of the album, filled with up-tempo beats and cheeky one liners (“and if you get together, get together, don’t let the pictures leave your phone.”) Even the chorus, “let’s go crazy crazy crazy ‘til we see the sun”, you can imagine singing in a manner identical to the chorus to WMYB, and Zayn delivers some powerhouse at the refrain of “And giiiiiiirl, you and I, we’re about to make some memories tonight”; Mr Malik, in my opinion, is the one who has come the furthest, vocally, between the first and second albums.

If Live While We’re Young is aurally sounds similar to What Makes You Beautiful, Little Things is the mature, poignant extension of the “you don’t know you’re beautiful” lyric – taking it further and devoting an entire songs to girls’ insecurities. Zayn and Liam open the song and then sing together on the chorus, and their voices fit as well as the proverbial glove, with Zayn’s dulcet tones complementing Liam’s. Louis Tomlinson (my pick for the fittest of the five), still has questions that need answering about his vocals, and he doesn’t go anywhere to dispelling the notions that he can’t sing here, but overall, this is a sweet, calming ballad, and a nice peek  into the boys’ more muted side. 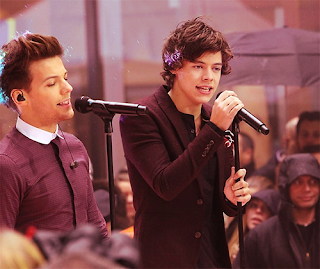 The emotional side to the boys also comes out in They Don’t Know About Us, where Zayn again brings his A-game, as do Harry and Niall, who deliver fewer words but sing the lines that play perfectly to their strengths (Niall gets a few lines of that whispering schtick, which really goes to boost the baby-faced blonde’s sex appeal). In terms of lyrics, there is nothing in this song that will raise the roof – it’s about how the secret moments that other people don’t know between a pair of lovers are the most beautiful (and some scepticism has to go to a bunch of teenage lads singing about ~true love~). But it’s a cute number nonetheless with some lush usage of surging strings and tinkling piano chords to contribute to the romantic tone.

My pick for the best singer of the five still remains Liam Payne, and you get to hear this in Last First Kiss and Rock Me. However, as noted, Zayn is most improved, and hearing Harry Styles successfully belt out those high notes – as he does in Last First Kiss – is also a treat. There are a few filler numbers that really don’t bring anything to the album – C’mon C’mon and Heart Attack being the prime culprits here, as well as S, two songs which sound very similar to the buffer songs on Up All Night, as well as Summer Love being a somewhat of a disappointing closer to the album.

But I Would redeems them, which is a sort of boyband equivalent of Taylor Swift’s You Belong with Me. There are a few lyrics in it which are pretty tenuous, “Cos I can’t compete with your boyfriend, he’s got 27 tattoos” ( I get that they’re trying to convey he’s hard, but someone under 20 with 27 tattoos? Sure.), but it doesn’t detract from being an upbeat, bittersweet pop number, all the better for the cheery "yeah"s hollered with aplomb by the lads at the end. Similarly, Rock Me features a bitching Queen-esque intro, Harry and Liam doing their best Nickelback impressions, and Louis Tomlinson’s classic amusing attempts to alternate between singing falsetto then doing sultry. It doesn’t sound like it should work, but trust me, it does.

If Up All Night was One Direction after they’d had too many blue smarties, Take Me Home is them a few months later, realising the folly of their hyper ways, but not so much that they’re ready to trade in their Jay Gatsbyesque lives just yet. And when they have so much fun making sweet music, I’m glad they haven’t.

I love your section on They Don't Know About us.. Zayn is growing on me! (:
here's my review of the album http://missmufit.com/2012/11/23/one-direction-take-me-home-album-review/