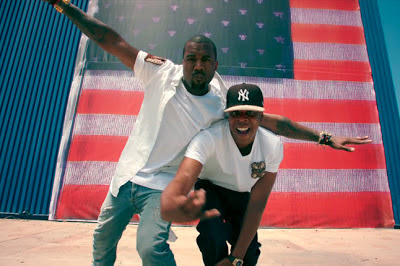 Something that both Kanye and Jay-Z do very well indeed is big themselves up. It’s for this reason that they rub quite a few people up the wrong way, but as I’m someone whose head is so massively over-inflated that it’s a surprise I can fit it through corridors, I love how much they love themselves. And when you have this much swag, why shouldn’t you bum yourself a little bit? This song is a massive backpat; Kanye bigging himself up (“I made Jesus Walks so I’m never going to hell”), Jay-Z bigging himself up (“Or the big face Rollie I got two of those”) and both stroking each other’s egos as well. It would irk a lot of people, but the sampling of Otis Redding's Try a little Tenderness is probably one of the finest usages of sampling another song Kanye West has done, second only to the usage of Ray Charles’ I Got a Woman in Goldigga. And some of the rhymes really click, “Sophisticated ignorance, write my curses in cursive” and my favourite big-headed line of them all: “Photoshoot fresh, looking like wealth, I’m about to pull the paparazzi on myself” (which basically means Jay-Z thinks he looks so cool that it’s worth being hounded by the pap.) Ah, how the other half do live. 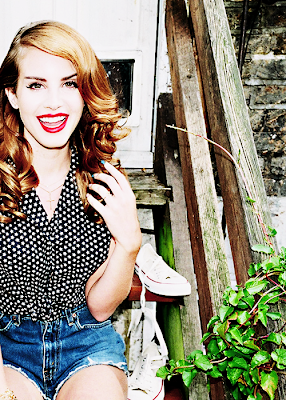 A very, very beguiling song, which, as with many of Lana del Rey’s tunes, has massive Lolita overtones, but without her obligatory mention of heart-shaped sunglasses. It’s all about the amorality of being a nubile young woman, “Baby, let's do drugs / Make love with our teachers”, and her vocals suit these kind of songs best, where she practically purrs the sultry lyrics. A very arresting song rife with dirty lines, perfect for doing a striptease to (one would imagine).

Cola (Lana del Rey)
Another saucy song from my beloved #1 gurlcrush Lana, there is nothing subtle about this song. “My pussy tastes like Pepsi Cola” Lana sings, half-teasingly, half-boastfully. And, again, Lolita imagery is rife, “I gots a taste for men who are older.” The refrain is my favourite part, where she basically reels off a litany of her identity, “Drugs, suck it up, like vanilla iceys, don't treat me rough, treat me really niceys. Decorate my neck, diamantes ices.” It’s all a bit superficial but then again so am I, so there you go. I’m more of a Coke girl than Pepsi tbh, but I’m sure I could make an exception for her.

On the Metro (Girls Aloud)
Of the four songs Girls Aloud released on their TEN album, this is by my favourite, followed closely by the girl power tune Something New. Nicola Roberts, my second favourite Girls Aloud member, wrote this song, which probably explains why I have such a soft spot for it. It wouldn’t sound out of place on her fantastic album Cinderella Eyes, actually, with its heavy disco tempo and electro-synth beats. In terms of deepness of lyrics, it’s hardly up there with Call the Shots or Untouchable, but it deserves plaudits for managing to conflate the bittersweet lyrics telling a story of losing a guy you met on a night out with a cheery up-tempo beat. Plus Cheryl Cole’s voice sounds - *gasp* - pretty decent on her verse(!!!!!)

Skyfall (Adele)
I only saw Skyfall two weeks ago, and loved it! Poor form for leaving it so long to watch it, but what that did mean was that when the opening sequence begun, set to Adele’s fantastic Shirley Bassey impression, I knew all the words of the theme song. I'm not quite as good at bellowing the high notes out as Adele is, unsurprisingly.

Number One (John Legend ft Kanye West)
This is a silly one. Number One is nothing but an ironic tribute to infidelity (since my viewing of Joe Wright's Anna Karenina, that theme - adultery - seems to be prolific all over my favourite art forms, bizzare), opening “you can’t say, I don’t love you, just because I cheat on you” (well). But both Legend and West are so knowingly tongue-in-cheek, which is what makes the song so hilarious. Kanye West’s lone verse in particular really takes the self-indulgence to new levels, “I try to jack off, you ask me who is you playing with? / but I know he love you, he told me you is his favourite.” Who said romance was dead?

Red Planet (Little Mix ft T Boz)
Ahh! I got Little Mix’s DNA album this month and I haven’t been able to stop listening to it. Stereo Solder is arguably the catchiest with its rhythmic drumming but Red Planet is my favourite aurally – as with DNA, the girls’ voices definitely sound better on songs written in a minor key, and the electric guitar, not-so-understated lyrics offering the “red planet” as a metaphor for bunging and occasional bits of harmonization render the song the closest thing to a modern day Spice Girls substitute.

Do you love Pepsi or Coke?
PARTICIPATE IN THE POLL and you could get a prepaid VISA gift card!

I've just installed iStripper, and now I enjoy having the best virtual strippers on my desktop.