There are two incredibly tasty new inventions from Häagen-Dazs that I just have to talk about! 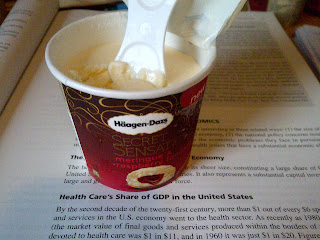 The first is their Meringue & Raspberry Fondant Secret Sensations, which will be sold in packs of two mini-pots, each of which is the perfect size for a post-dinner dessert. Flecks of meringue are embedded throughout the ice cream (the colour of the meringue means that it is almost invisible amidst the vanilla, so when you initially taste it, it's a hugely pleasant surprise), and it really gives the dessert some volume. Even better is the raspberry fondant hidden at the centre of the ice cream, which goes incredibly with the vanilla to really make for a scintillating treat. 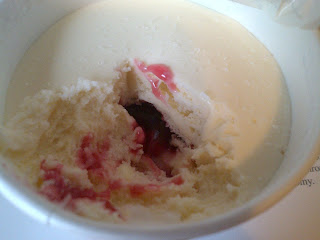 The raspberry fondant has a jam-like quality, and indeed, first discovering it in the ice cream is like finding the strawberry jam in a doughnut, except with ice cream, it goes even better. 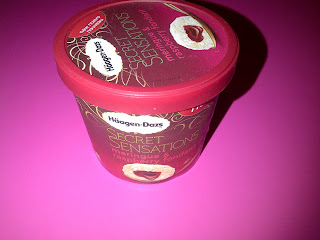 Absolute delicious, Secret Sensations have played another blinder. The portion, texture and overall taste are fantastic. Go taste some!

Another festive treat being released by Häagen-Dazs are their Ice Moon Cakes: 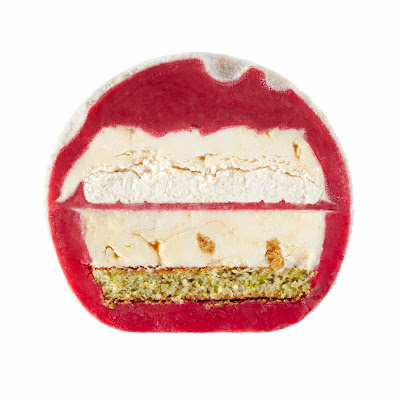 As you can see, this is a hugely layered dessert is created to replicate the inside of a moon.... 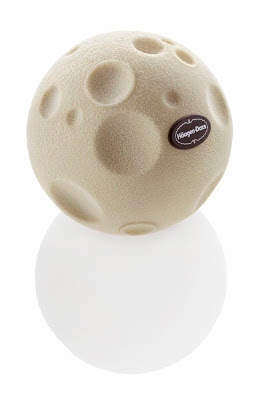 ...with the outside also looking remarkably like a moon!

To get your hands on one of the Christmas desserts - which can feed 6-8 people - to visit the ice cream brand’s Facebook site buy one for £50, which will then be delivered to your door by a butler.