With John Terry stripped of the England captaincy today following allegations that he racially abused Anton Ferdinand (a decision that I support, despite being a Chelsea fan), plenty of names have been put forward as his successor for holding the poisoned chalice of marked pseudo-purity. Rio Ferdinand, Steven Gerrard and Wayne Rooney are the three most high profile names being put forward, and knowing Capello and his penchant for doing what the masses want rather than what is best for the team, in all likelihood, one of them will get it. However, there are plenty of other options within the England squad, and Capello would do well to note that just because some stars do not shine as brightly (in a more literal case, loudly) as others, does not make them any less bright stars. 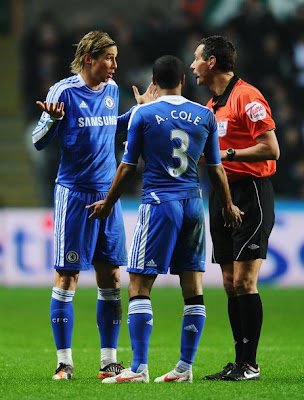 In the unlikely event that Cole is chosen as England captain, he would represent an even more divisive figure amongst English football fans than even his predecessor was. A highly acrimonious move from North to West London in which he accrued the nickname “Cashley” (he maintains his reasons for the move were ambition-driven, everyone else believes it was money-driven, Cole is now stinking rich and has won multiple trophies with Chelsea, so we’ll call that a win in both columns) as well as his multiple philandering on “singer” Cheryl Cole (something that she milked harder than the proverbial farmer milks a cow), cause him to being a popular figure of hatred, amongst football and non-football fans alike. Cole doesn’t exactly help himself either, from his shooting a work experience student with an air rifle to his shameless goading of Roberto Mancini after Chelsea beat Man City in the league by hollering “Thursday nights, channel” (a display of sass that I adore, but I can see why others despise him for it). But for all his personality flaws, something remains undeniable: Cole is highly respected amongst his peers. Fellow players speak highly of his work ethic, attributes as a team player and high capacity of natural skill. With 93 caps, he is comfortably the most capped player on the squad, and despite a somewhat indifferent season by his own Everest standards, he has been Chelsea’s most consistent-performing defender still. With bags of experience, he is one of the few England players who could walk into the starting XI of any of the national teams of our European counterparts. 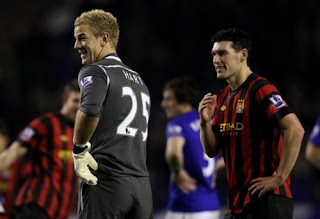 Man City have had a diamond season. Sergio Aguero is scoring divine goals, David Silva’s twinkle-toed ways is causing defenders twice his size problems and Vincent Kompany is the very definition of “rock”. But much of their success is also down to their goalkeeper, Joseph Hart. Tall, imposing, composed, he possesses all the qualities you desire in a goalkeeper, and his youth works greatly in his favour as it would sort the problem out for the long-term for England. Many of Hart’s saves have rescued points and/or won matches for City this season and when Kompany was out serving suspension, only he and fellow Englishman Micah Richards really looked like they knew what they were doing in City’s defence. Furthermore, Joe Hart keeps himself out of trouble and with that, is a cool, cheerful guy. With John Terry the bigamist as England skipper, a fair few girls who only had a flittering interest in football for the men turned against England purely on principle. Joe Hart’s smiling, gum-chewing, pretty face could well swing a few voters England’s way come Euros. 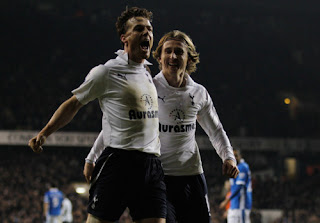 Parker was West Ham’s outstanding performer last season and it was his captain’s speech at halftime that inspired West Ham to overturn a three goal deficit to grab a point at West Brom. Despite his best efforts, West Ham still went down, but Parker was too talented a player for the Championship, and never one to miss a bargain, wheeler dealer Redknapp swooped in for him, and Tottenham are now in third place, with a genuine shout for the title. Spurs’ midfield is arguably the most exciting in the league, with the considerable talents of Luka Modric and Gareth Bale, but what it had always lacked was a bit of defensive nous. Scott Parker bought some much needed discipline with him and immediately played his way into a place in Spurs’ starting XI. A shy and humble man, the footballing road has not always been smooth for Parker (a humdrum spell at post-Abramovich Chelsea that was not helped by a prolonged injury), but at 31, he is making like a great Merlot and hitting finest form in his later age. Such is his nobility that two weekends ago, when Mario Balotelli stamped on his head, instead of making a meal of the challenge, Parker simply tried to regain sight and get on with the game. It is this kind of rare chivalry, almost never seen in England’s bunch of talentless thugs, that would make Scott Parker an ideal captain for England, and with it, his Midas touch could just make our national team that thing it has not been for quite some while – likeable.

NB. Frank Lampard is my all-time favourite footballer but I haven’t mentioned him just because he probably won’t be an automatic starter like Cole, Hart and Parker.
Posted by Emma at 2/03/2012 08:19:00 pm