It’s always going to be hard establishing yourself in a band that features four other band members who are all considered to be much more glamorous than you, what with Nadine Coyle and her bold, fearless voice, and Cheryl Cole’s undeserved status as the ~Nation’s Sweetheart~.
And, indeed, after Girls Aloud went on a break – much to the heartbreak of their fans, yours truly included, the solo efforts from Madams Coyle and Cole haven’t exactly blown the world away, proving to be nothing more than catchy, if forgettable, pop ditties.
So it was fair to say then, that Nicola Roberts, always maligned as “the ginger, unsmiling one”, didn’t exactly have a hard act to follow, and could almost be forgiven for allowing her album to plunge into the same depths of mediocrities that the other two did. If anything, many probably expected as much from Nicola, for, as mentioned, she was often outshone by other members of Girls Aloud, for whatever reason. In fact, her solo album, Cinderella Eyes is comfortably, comfortably better than anything released by Nadine or Cheryl – put together. 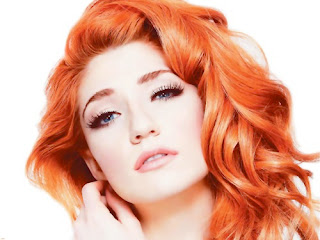 With the sound much more reliant on electronic synths rather than the everyday poppy sound that Nadine and Cheryl chose, Nicola also pens her own lyrics, and it is the combination of the fresh sound and her unflinchingly honest words that make for a winning combination.
Whilst the first single from the album, Beat of My Drum, was a catchy dance track with just the hint of bite, there are tracks on the album that are loaded with even more spice and emotional layers. Gladiator is a cheeky, hyper dance track with an intro to rival even that of Girls Aloud’s Biology - check out her swagger as she hollers “We love you faking cos you make the effort to pretend,” a line that blows anything from Close to Love out of the park in terms of innuendo.
Unlike Cheryl Cole, who has the vocal range of about one octave, Roberts is much more vocally diverse, and even then, is not afraid to push her vocal boundaries- on this album, she raps, sings, hollers, sometimes all in the space of one song. This is epitomized in Cinderella Eyes, which features her speaking lyrics, as well as a nifty falsetto on the “Cinderella, are you happy?” part.
The standout track on the album for me, though, is Sticks and Stones, which could not be more autobiographical. The gentle piano chords are a perfect complement to Roberts’ inner soliloquy “couldn't you tell lies to me? Couldn't you say I'm pretty?”. In a four-minute track, years of inner turmoil come out. The issues of feeling ugly, self-loathing, wanting to fit in will sit well with all of Roberts’ target audience, but the fact that she has genuinely experienced everything that she has written about gives the song a raw, authentic edge. It moved me to tears.
One of the things I loved most about Girls Aloud was that I could always connect to their song lyrics, particularly the ones about the tribulations of being in love, and Nicola Roberts stays true to this with her song Yo-Yo, “don’t want to be the last to know, will it be a yes or no?”, about women and the men who lead us on for their own wants. In every sense, this is an album from a woman who has a lot to sing about, whether it be about feeling insecure, being wrapped around the finger of someone who’s just using us, or simply growing up.
What’s more, Nicola Roberts isn’t afraid to drop the odd expletitive. I loved it when Girls Aloud swore, rare as it was – “shut your mouth because your shit might show” on No Good Advice was one of my all-time guilty pleasure song lyrics, and hearing the sweet, angel-faced Liverpudlian lass open her potty mouth is as much of a joy, as exhibited on Take a Bite and I. The combination of her life experiences, surprising amount of spunk and the ingenious electro-beats behind all her sings makes for a totally winning combination. 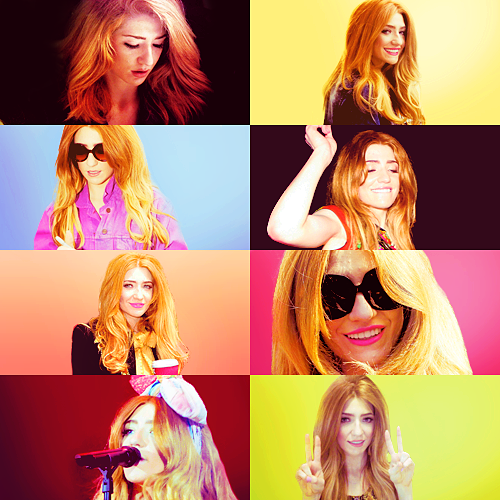 Those of us who thoroughly know our Girls Aloud inside and out out, have always known what a joy Nicola voice is – check out her embodying sexy sassiness on Sexy! No No No… in her “from top to bottom I’m a woman, sunshine” part, and the sweet melancholia in her voice during The Loving Kind’s gorgeous “I’ll do anything, sing songs that lovers sing” refrain. So it isn’t the quality of her voice that is so much the big surprise of Cinderella’s Eyes. But, rather, that she has stepped out and produced a genuinely fantastic solo album, which, in isolation, could well grace my top 20 albums of all times list. It has an entire rollercoaster of emotions, from joy, heartbreak, despair and lyrics that exhibit a real wisdom beyond her years.
Not a word of lie, I could, quite comfortably, compile a list of top 20 favourite lyrics from this album and they would all be poetry to rival that of Keats.
These are not tentative, baby steps into the world of solo-dom. This is a bold, in-your-face, I’m-here-deal-with-it album from Miss Roberts, and all the better for it. It is the best thing I have heard all year, and could well be one of the best albums of the new millennium.

I'm a big fan of Nicola, she is very attractive, and it's cool to be ginger!

For my part one and all must browse on this.