Thoughts on two films I watched at the cinema today 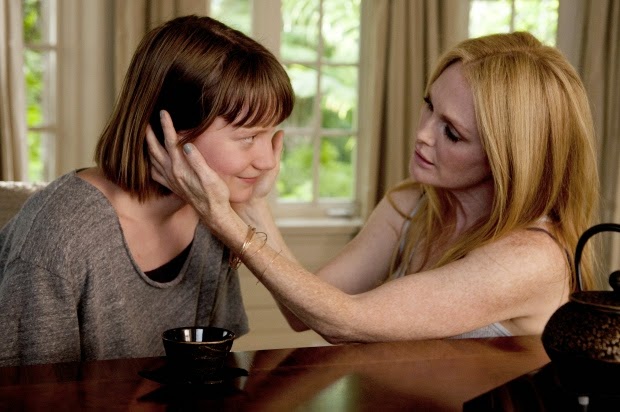 Hollywood, as painted by the twisted paintbrush of David Cronenberg, with two fantastic turns from Julianne Moore and Mia Wasikowska.

Moore really gives it her all as fading actress Havana Segrand who’s increasingly losing her grip on reality as she fights tooth and nail to play the role her dead mother (who sexually abused her as a child) had in a reprise of the film.

It’s an unglamorous role, but she’s extremely courageous to tackle it with the dedication that she does. Wasikowska plays an equally disturbed girl with prominent burn marks on face, exiled to Florida after a childhood incident where she burned down her family’s house, she’s back in LA and lands herself a job as Segrand’s ‘chore whore’.

The rest of cast are all apt, playing their dislikeable characters with suitable panache. Whilst the acting is excellent, however, the depiction of Hollywood was a bit too convoluted to be fully believable. There were black, bleak laughs in almost every scene, and overall, the experience hypnotises you (and I'm definitely not complaining about R-Prattz eyecandy), but, just a bit too acerbic for me to fully appreciate. 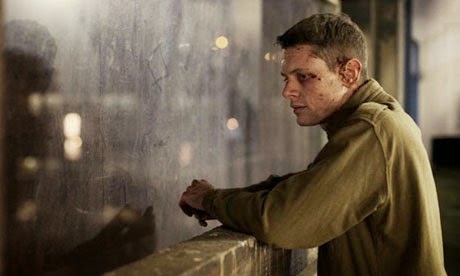 I’m not really big on history or army movies, so this one took me by complete surprise. Gary Hook (Jack O’Connell, by far the most talented alumni of the Skins cast), a young Derbyshire soldier, gets accidentally left on the mean streets of Belfast when his unit flee a street.

He’s left to fend for himself, amongst hostility towards soldiers from the residents of the city as well double-crossing and duplicity amongst people supposedly working for the same side.

The two MVPs of this film are the cinematography (hand-held cameras that contribute every bit to the urgency and tension of Hook’s increasingly precarious situation) and Jack O’Connell, who, despite having a character who, on paper is seemingly quite paint-by-numbers, actually manages to imbue his soldier with empathy and emotion, so that we feel every inch of dread that he does.

The direction and score suit the film well as well. With a running time under 100 minutes, it’s refreshing to watch an action movie which commands your attention for the full running time and doesn’t outstay its welcome.