An unpretentious Korean restaurant, Po Chung Ma Cha is situated on a street sandwiched between several other Korean and Japanese restaurants, two of which I have reviewed here. Such is the dense competition on that road alone, product differentiation between these eateries is tantamount, and perhaps it was the extra spices the chefs added to their dishes, but this place definitely stood out, taste-wise. 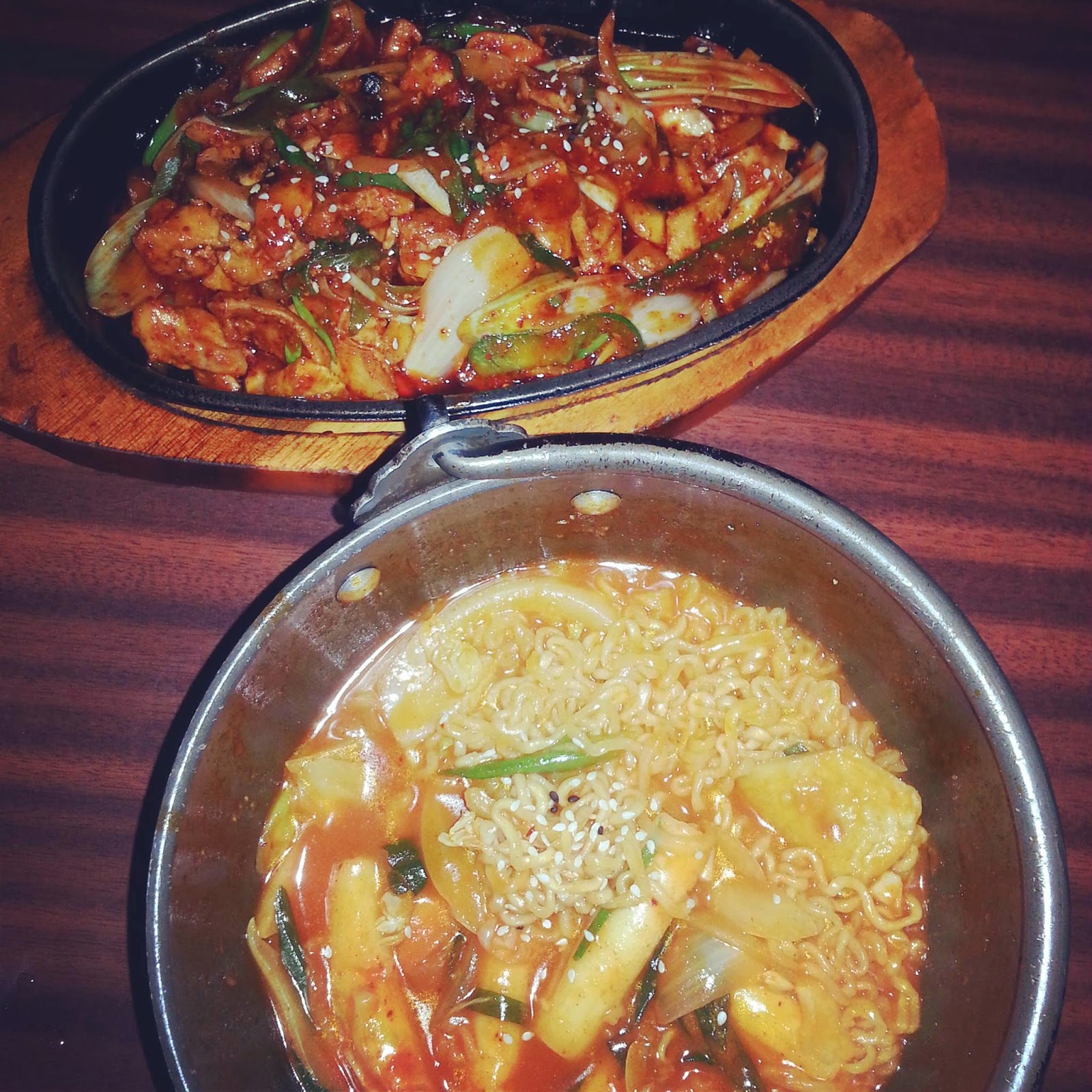 The interior decor was nothing special, bordering on shabby, with an option to sit around the area where the food is prepared in a setting that is almost canteen-like. The upside of this is that the people there have gone to the restaurant with the sole aim of eating and catching up, not for posturing. And personally, I find being in the company of other people who love eating heightens my enjoyment of the meal more.

Your bill will be considerably cut by the fact that Po Chung Ma Cha supplies unlimited amounts of green tea, all exceptionally well-brewed. The meals are nothing short of delicious. For starters, we shared fishcakes, although these turned out to be fishcakes like nothing I’d ever seen before, swimming around in noodle stew. Once you get over the fact that it doesn’t look like what you’re accustomed to, it’s an absolute treat. For mains, I had a beef bibimbap, and again, they were great. Despite it being quite chilli, I asked for even more spicy sauce, because the ingredients were utterly moreish; the cucumber, in particular, went very well with the sauce.

We didn’t sample any of the carbs, so I can’t speak for them (my experience from Korean restaurants is that rice tends to be fairly run-of-the-mill), but in terms of meat and vegetables, I really liked it here Points were sadly lost for the fact that we were all but ushered out of the place by waiters, who were a bit too keen to get to their lunch break, as well as the nuisance that arose from not being allowed to split the bill when paying by card. These two foibles aside, you won’t find a better Korean place that boasts better flavour around Bloomsbury.

I went to Po Chung Ma Cha again on a Friday night, and the place was absolutely buzzing! By the time we left, a queue of about 10 people had formed outside. This time seafood pancake was ordered, as well as a fantastic stew of an assortment of seafoods and a spicy chicken bimbimbap: 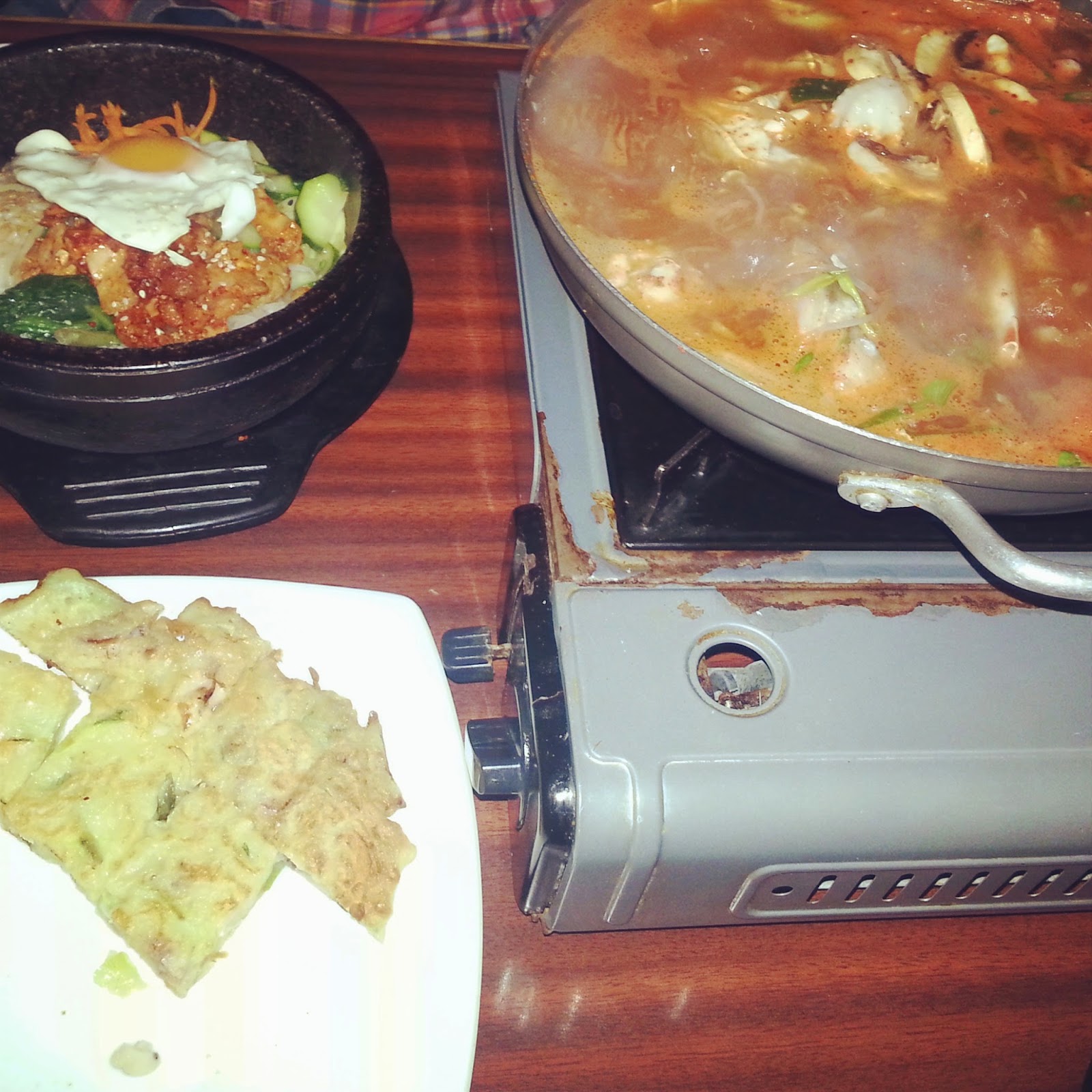 The service was fantastic; the lady saw that we hadn't applied the sauce to the bimbimbap evenly, so she helped us out. The seafood pancake has been done better at Koba, but the seafood stew was an absolute dream! Sat on an electric heater so the food was piping hot throughout, it featured a mishmash of mussels, crabs, and all sorts of seafood delicacies that I adore. The spiciness of the stew it was in was optimal too, and paired with the rice from the chicken bimbimbap, the whole thing was delicious.

Thus, my grade of A- from last time was reinforced, although this place impressed so much this time round, it is extremely close to an A! (Just the seafood pancake let the side down I'm afraid :P)

Get all the best alcoholic drinks at Duty Free Depot!