I’ve been to a couple of eateries recently, so a few more reviews. 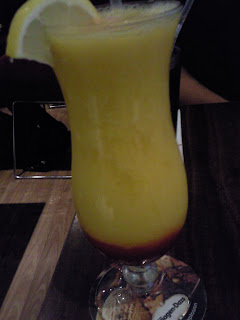 Häagen-Dazs’ flagship restaurant sits in Leicester Square, where tourists passing by will surely see it, their kids will get excited and ask to go in, and money will be spent, leaving lots of space for profit margins. And, if ice cream’s your thing, then you are in for a treat here; the dishes are lovingly prepared and beautifully ornamented, so much so that it almost balances out the overpricedness (but then again, this being Central London, overcharging is somewhat of a requisite). For the adults, Häagen-Dazs also do a delightful range of cocktails, in which healthy portions of alcohol are balanced out by slushed-up ice cream. The doses are lethal; I got tipsy after one cocktail! Service is okay-ish, pretty much as can be expected for a busy dessert restaurant, without ever venturing into the regions of excellent, making Häagen-Dazs overall, a worthwhile experience, elevated, somewhat surprisingly, by the excellent quality of their drinks rather than their ice creams.
Grade: B+

New China, W1.
As you may or may not know, just of Leicester Square is Chinatown, where there are literally tens, maybe even a hundred Chinese restaurants. This hyper-competition is good for the consumer, because it drives prices down, and as such, the prices in New China restaurant were all very reasonable, en-par to prices that you would find at my local high street, but in Central London. And, on the whole, I would say that the quality of the food is hit-and-miss as a result. I ordered beef in chilli and thought it a very well-cooked dish, but the vegetation spring rolls I had for starter tasted like an utter microwave job. The squid was bland and the egg-fried rice was acceptable, but far from being the best egg-fried rice I’d ever tasted. Alcohol prices were acceptable. The dessert of a fruit tray, however, was absolutely disgusting, all the fruit was dry and tasted past its sell by date. All this would be forgivable if the service in New China were anything to write home about. But it really wasn’t. When I’m in a Chinese restaurant, I like to play up to my Chinese roots and try to order dishes in Chinese. Which I don’t think is asking for much? But the waiters refused to even humour me and rolled their eyes in my face as I mispronounced some of the dish names. De-lightful. Won’t be going back there again! 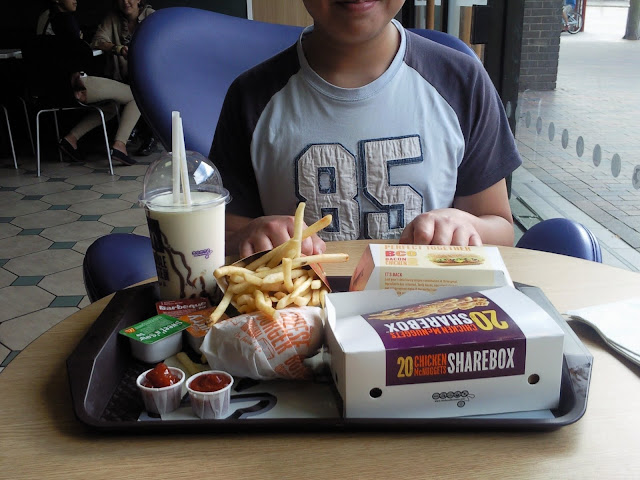 Absolutely ace. Everything in this photo came to just over a tenner, and both me and my brother were stuffed - and delighted by the end of it. I cannot get enough of McDonald's! The only downside was this uppity bitch in the queue who started on me for - what I can only surmise - not being a teenage mother like her. But you kind of have to be prepared for events like that when you go to McDonald's. The A+ quality of the food makes up for it. 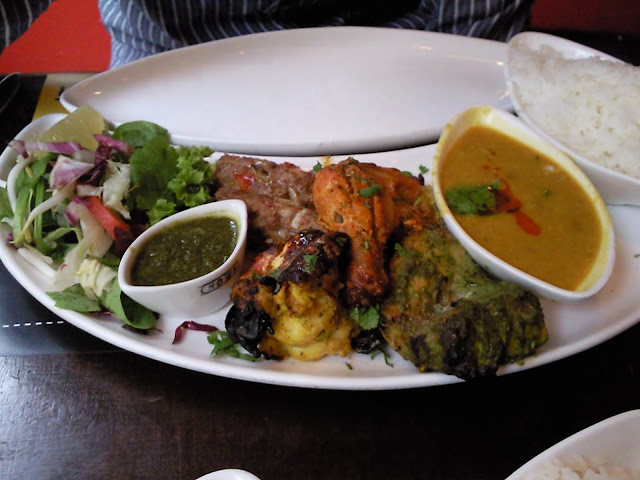 A passable curry eatery with some delicious meat dishes, but negated by waiters who stared at us the whole time creepily, and pocketed both a tip and a service charge. Because that's not sneaky at all. On the bright side, I ordered the chicken tikka masala, which I thought was thoroughly satisfying, if a little bit too small for the £10.50 price tag - I wolfed it down in a minute. Decent food, just awful, awful service from some of the most seedy-looking men I've seen in my life.
Posted by Emma at 8/13/2011 09:05:00 am

In have been to the Haagen Dasz in Leicester Square, agree about the fab cocktails but ice-cream wise I'm a Baskin and Robins girl. Enjoyed post, thanks.

I love McDonalds too, it is my first choice if I'm travelling and need a quick snack. Don't fancy the seedy men in that Indian though...

Online restaurant reviews offers great insight into the dining experiences of regular people. Reviews by food critics, connoisseurs or celebrities often seem biased or premeditated. If you are thinking of writing an online restaurant review, ideally you should consider it as a public service instead of using it as a platform to vent your frustrations. Thanks a lot.