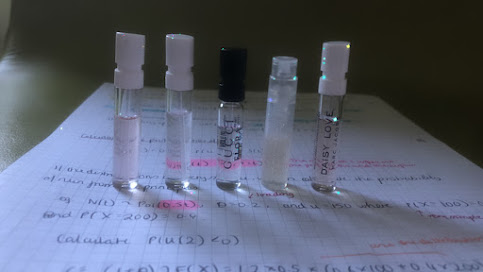 Alive by Hugo Boss Eau de Parfum
With top notes of Madagascar vanilla, plum, cinnamon, apple and blackcurrant, there’s no denying that the creators of Alive EDP were aiming for a distinctively fruity scent. The middle notes of jasmine sambac and thyme, and base notes sandalwood, cedar and olive tree aim to complement the traces of fruit with woodsy scents.
Some have commented on the similarity between Boss Alive EDP with YSL Libre (which I’ve sampled not once but twice), but, whereas YSL has an androgynous smell from initial application to the end, Alive smells more feminine when you first put it on. However, the drydrowns of the two are indeed similar, with the musky smell of the cedar coming to the fore.
It’s this almost-cigarette-like quality of the drydown, why I couldn’t fully embrace Alive EDP. I liked its freshness at the start, but it morphed into a completely different fragrance by the end, that was more manly than I like my perfumes to be.
6/10
Alive by Hugo Boss Eau de Toilette
The EDT version of Alive by Hugo Boss has broadly the same middle and bottom notes as the EDP. However, the top notes of the EDT are mandarin orange, apple, magnolia and lemon. The presence of magnolia is a potential red flag, as I have historically not gotten on with white floral fragrances, but the dosage of it here means Alive EDT is not as cloying as other white floral perfumes.
That said, there’s nothing particularly stand out about Alive EDT. On initial spray, the citrusy elements are revealed, giving the perfume a nice zesty hit. This soon evaporates, however, and then Alive begins to give off a vibe that’s the opposite of its name.
The woody undertones smell generic, indistinguishable to a woody-smelling body spray, for example. You can discern the floral and fruity ingredients, but they’re not blended together with that much intricacy, so it just smells like a derivative dump of smells.
5/10
As underwhelmed as I was with the Alive EDP and EDT fragrances, I will say that Laura Harrier (who has been a long-running girlcrush of the writer, making the most gorgeous actresses in a 2018 and 2017 film list) looks as lovely as ever in the promotional stills for it! 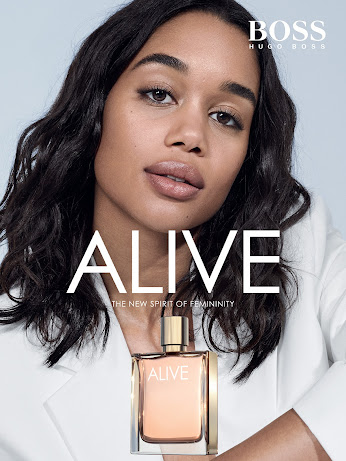 If only the perfumers could have concocted a fragrance that matched her beauty!
Alien Goddess by Mugler
Alien Goddess contains top notes of coconut water and bergamot, middle notes of jasmine and heliotrope, and base notes of bourbon vanilla and cashmeran. I have to admit, I’m not a big admirer of coconut, so I didn’t think I would like this scent, but it worked surprisingly well in Alien Goddess.
The main reason for this was the judicious choice of vanilla to pair the coconut with. You generally can’t go wrong with vanilla in perfumes, and it complements the coconut effectively, enhancing the more fragrant elements of the coconut smell, rather than the components I usually find sickly.
The drydown of Alien Goddess gave me bougie vibes, which are the bergamot and cashmere coming to the fore. Due to its powdery smell, I think the scent is probably better suited to New York than London, so I wouldn’t buy it. But it was nice to wear when sampling it, and I was particularly impressed with the longevity.
7.5/10 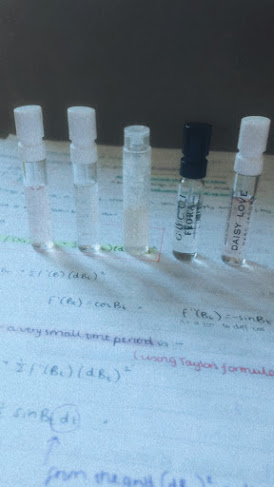 Gucci Flora – Gorgeous Gardenia Eau de Parfum
The Gorgeous Gardenia iteration of Gucci Flora is a distinctive fragrance, containing pear blossom, gardenia, jasmine, brown sugar and patchouli. With these ingredients, the perfumers were aiming to create a scent that was ‘unusual, sensual and intense’.
To that end, I agree that Gorgeous Gardenia is unusual. It smells sweet, and this is mainly due to the presence of brown sugar, which is a relatively infrequently used ingredient in perfumes. However, I didn’t find the fragrance particularly sensual, but instead, a little too on the delicate and dainty side.
In fact, brown sugar aside, I thought Gorgeous Gardenia played it too safe. As such, the end product smells like a nice shampoo. Pretty, but not enough for me to want to splash out on it.
7/10
Daisy Love by Marc Jacobs
The original Daisy fragrance is one of my favourite perfumes, so much so, that it’s one of the few that I own a full-sized bottle of: 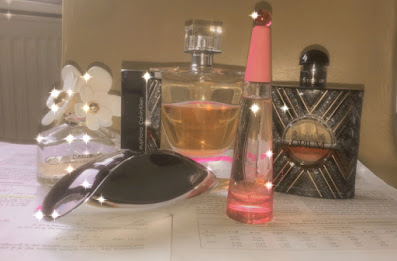 Whilst this updated version is pleasant enough on the nose, retaining the light aroma of Daisy, there is a slight case of ‘too many cooks spoil the broth’ here.
For example, in the base notes, they’ve swapped white wood and vanilla with cashmere musk and driftwood. Daisy's top notes, of violet leaf, blood grapefruit and strawberry are replaced by cloudberry. The culmination of these changes, is that a plastic-y smell has crept into the update, that wasn’t present in the original.
Add in the fact that Daisy Love has barely any projection, and the original Daisy very much remains the O.G.
6/10
Posted by Emma at 1/04/2022 10:08:00 pm