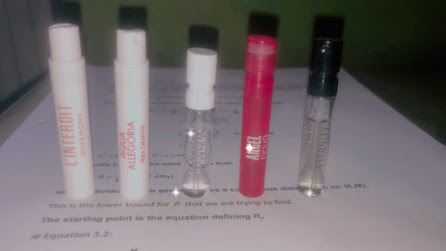 I'm slowly but steadily making my way through all the perfumes that FeelUnique are letting you sample. And it's proving to be a lot of fun! With department stores re-opening and putting out testers again, it means the thing that I was missing, which led me to order these samplers to begin with, are reinstated. But I've gotten so used to making my monthly FeelUnique order, that I shall continue with the tradition!
The Calvin Klein order was a mistake, as it's for men, and I have donated it to my dad! Thus, only four mini-reviews in this instalment.
L'interdit Eau de Toilette
As I noted in part 5 of the FeelUnique perfume haul review, I dislike the L'interdit EDP on almost a visceral level. So I was pleasantly surprised that the Eau de Toilette version of the fragrance agreed with my nosebuds, and interacted with my skin a lot better!
The EDT version of L'interdit is crisper than its EDP counterpart, exuding an elegance that I think the EDP was also aiming for, but didn't manage to achieve. The perfume version was much more of an evening fragrance, whereas with poppy, tuberose, orange blossom, patchouli and vetiver, the EDT is better suited for being worn during the day.
There is still room for improvement - the formula is a bit too soapy for my liking, and the smell is a tad overpowering. But it's a massive upgrade on the EDP.
6/10
Guerlain Aqua Allegoria Pera Granita Eau de Toilette
With top notes of grapefruit, lemon, bergamot, middle notes of pear, orange blossom, osmanthus, hedione and base notes of white musk, cedar and moss, Pera Granita Guerlain makes for a very citrusy fragrance. Its reaction with my skin was like a welcome pick-me-up, with the scent lifting my spirits.
Just like the Mandarine Basilic (my favourite of the three in the Guerlain Aqua Allegoria range that I've sampled), it's enjoyably zesty and fresh. However, it doesn't have the sensual overtones of the Mandarine Basilic. Instead, there's a more youthful, girly, bubblegum-type smell to it, which unfortunately gives it a slightly synthetic linger that the other two in this series did not suffer from.
Fun, appropriately light for the summer, but not a gamechanger, then.
6.5/10 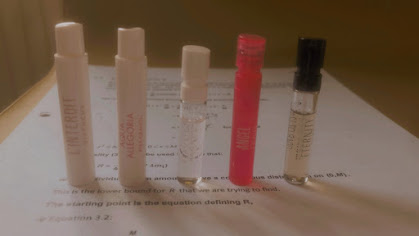 Featuring top notes of magnolia petals, lotus and mate, middle notes of magnolia, gardenia, solar notes, Turkish rose and base notes of musk, cedar and sandalwood, Beautiful Magnolia certainly doesn't lack in floral components. I think they threw too many floral components in, however, without considering whether they complement each other.
As a result, Beautiful Magnolia doesn't smell anywhere near as beautiful as the name would suggest. As with the traumatising Intrusion by Oscar de la Renta, the formula smelt rather noxious to me, although at least its weak longevity meant I wasn't subjected to it for too long. Along with the long list of white floral perfumes that I have an aversion to, this just concretises my belief that white florals ain't it for me.
3.5/10
Angel Nova for women by Thierry Mugler 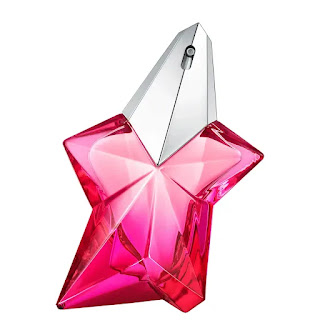 Alien by Thierry Mugler appears to be a polarising force amongst the perfume bloggers. One school of thought finds it populist and déclassé. The other school finds it a crowd-pleasing, slow-burn of a treat.
I'm firmly in the latter camp. Consisting of top notes of raspberry and litchi, a middle note of Damask rose and base notes of akigalawood and benzoin, it makes for a beguiling cocktail of scents.
8/10
Posted by Emma at 6/09/2021 10:30:00 pm