I've been sadly rather neglectful of my blog of late (I'm been extremely busy at work!), but one thing I  will always find time for, no matter what, is movie awards prognostication. The Golden Globes take place tomorrow evening, and I absolutely love blindly guessing!

Last year, the Golden Globes had a surprising amount of clout, as their rewarding Glen Close best actress (and not Lady Gaga as I'd predicted), meant the Best Actress Oscar was between Close and Olivia Colman. Furthermore, they gave Best Film, Musical or Comedy to Green Book, which went on to win the Oscar for Best Picture. This meant that, in the landscape of 2019's Best Picture, the Golden Globes fared better than the BAFTAs as an Academy Award weathervane.

So without further ado, Emma's guesses! 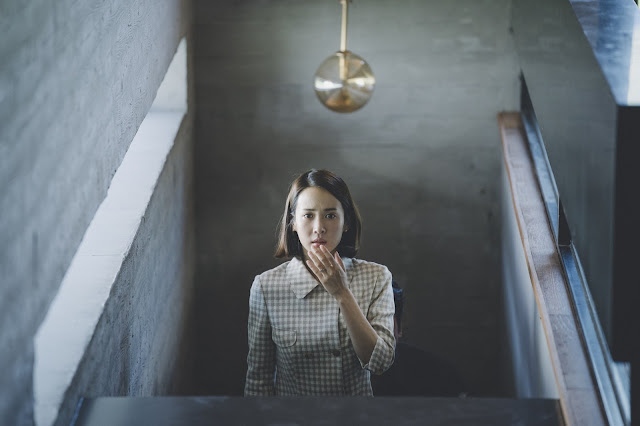 
Even though Martin Scorsese is my favourite director, I didn't care for The Irishman. At 3.5 hours, it was far too ponderously paced. And, unlike the similarly-lengthed The Wolf of Wall Street, it didn't have that film's energy to maintain my interest.

Nonetheless, the film has been inexplicably gathering raves from the critics, so I'm guessing it wins here.

Best Film: Musical or Comedy: Once Upon a Time... in Hollywood

I wasn't a huge fan of this film either, and am infuriated at Tarantino casually shitting on Bruce Lee's legacy in it. But, as with The Irishman, critics seem to be in love with this film, and it has the added buzz of being a love story to Hollywood, something the HPFA go gaga for (La La Land did ridiculously well in this category three years ago, even winning for its tripe screenplay).

This category at the Oscars is currently a three-horse race between Joon-Ho, Scorsese and Tarantino.  The race is tight, so the winner of this prize will be closely monitored by Oscar-watchers on Sunday!

I am yet to see Parasite, but given that I was utterly underwhelmed by The Irishman and Once Upon a Time... in Hollywood, I'm crossing all my fingers that Joon-ho prevails here. And thus, predicting in a wishful thinking way.

I reckon this category will be hard-fought between Joaquin Phoenix and Adam Driver for Marriage Story. I was greatly impressed with both performances, and both sit at my number 1 and 2 male leading performances of 2019 (of what I've seen so far). Adam Driver just edges it for me, he has been campaigning like crazy recently, plus he has the added visibility factor of playing Kylo Ren in the recently released Rise of the Skywalker. So I wouldn't be remotely surprised if he wins Best Actor, Drama.

However, I'm predicting Phoenix to just inch him out tomorrow, because the HPFA obviously liked Joker more than most, giving it a generous Best Director nomination and Best Picture, Drama nomination. Phoenix has been on the acting scene for considerably longer than Adam Driver, and, is famous for shunning awards shows, I think the Golden Globes will feel cherished to get him up on the podium to give a speech.

Zellweger has been the frontrunner to win Best Actress at the Oscars as soon as Judy hit the film festivals. Her winning the Golden Globe will be a nice kick-start to that campaign, not to mention the character who she portrays in the film, Judy Garland, was horribly mistreated by Hollywood studios from a very young age. The win would represent a collective mea culpa from the industry as much as it would a comeback win for the actress portraying her.

I think Scarlett Johansson has the potential to upset Zellweger here, although I hope she doesn't; whilst she was decent in Marriage Story, she didn't come close to matching Driver's raw heartbreak.

There's a very compelling argument to predict Leonardo DiCaprio here; of the five actors nominated, he's most likely to go on to get an Oscar nomination, and the winner of this prize tends to be the actor most likely to receive an Oscar nomination. Furthermore, the HPFA obviously adore him; they've nominated him 12 times, including twice in the same category in 2007 for Blood Diamond and The Depahted (at the Golden Globes, an actor can compete against themselves, unlike at the Oscars) and awarded him three times.

But I think, precisely because DiCaprio has already been rewarded three times, that the Globes won't feel any reparations are due for DiCaprio, and they're more likely to vote with their hearts. Eddie Murphy's performance in Dolemite is My Name is more category-appropriate, as it is actually a comedic performance, and he exudes charisma in the role. He was SNL recently and viewing figures skyrocketed, so he's obviously liked as a performer and comedian.

The HPFA were obviously fond of The Farewell, nominating it for Best Foreign Film as well, and Awkwafina subverted expectations of herself very well in the film, playing it dramatic, rather than her usual brand of goofy humour. Of the five actresses in this category, Awkwafina is most likely to get nominated for an Oscar, so if the HPFA want to predict in conjecture, she's the one to go for.

However, I wouldn't be surprised if Ana de Armas took it, as she was the beating heart of Knives Out and gave a surprisingly moving performance as the kind-hearted caregiver Marta. The nomination for Daniel Craig in the male equivalent of this category shows they were clearly fond of this film, and as Knives Out won't prevail over Tarantino's snorefest in Best Film, Musical or Comedy, they could see fit to reward the film here.

Best Supporting Actor: Brad Pitt, Once Upon a Time... in Hollywood

This is category fraud, as Pitt is co-lead with DiCaprio. But meh, studios gonna studio. Either of The Irishman's supporting actors, Joe Pesci or Al Pacino could upset here, but I reckon Pitt just edges it.

I'm crossing everything that J-Lo wins, as she crushed it in Hustlers! Charismatic, funny, compelling, devious, sexy, and 100% a movie star turn. Not only was her acting great, but her physical dedication to the role: learning to pole dance, and doing it like a natural, was second to none. So, I am optimistically predicting a victory for Jenny from the block!

Her closest competitor is Laura Dern, who will probably win the Oscar for her turn as the shrewd, Louboutin-wearing divorce lawyer (another example of a film where I saw a character wearing those iconic heels and immediately got footwear envy). If she does win, that'll be more of a 'Lifetime Achievement'-type Oscar rather than truly being Best of the Year, because Lopez dominated her in her supporting turn. I'm hopefully predicting Lopez to win the Golden Globe over Dern, however, because the GGs have historically been more attracted to stars. 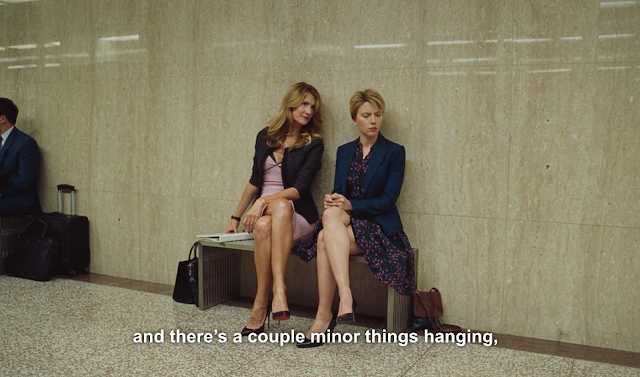 Marriage Story could logically get in here, as it is a very dialogue-driven film, and if Driver, ScarJo, Dern all lose, it could potentially pick up a consolation win here. But just the fact that Parasite got nominated here, when foreign language films don't usually get the recognition they deserve for their writing, is a positive sign that the HPFA were big fans of this film.

Plus, I refuse to entertain the thought of OUATIH winning this category, because I really cannot deal with another self-aggrandising Quentin Tarantino acceptance speech. There's insufferable, then there's Quentin Tarantino. #ByeFelicia