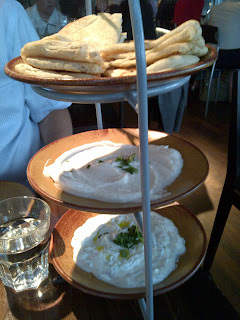 I’m not very well-versed in Greek cuisine, and one look over The Real Greek menu had me realising that perhaps, on the whole, it wasn’t for me as about two-thirds of the menu contained lamb ingredients, an ingredient that I’m not hugely fond of. Nonetheless, the whole point of going to a restaurant of a particular country is to try their food, so I still ordered some lamb cutlets, which proved to let the side down as they were a bit too fatty and not all that edible. 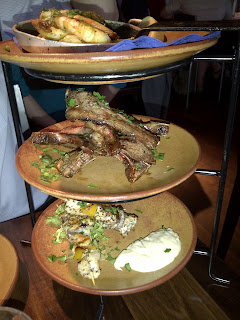 Everything else was wonderful, though. The pitta bread was lightly buttered and heated at just the right temperature for optimal enjoyment. I ordered a standard chive dip, as well as a fishier one for experimentation, and the fish dip was sensational; I didn’t leave a drop left on the plate. For meat dishes, in addition to the lamb, I ordered some giant prawns. They didn’t turned out to be quite as giant as promised, but they were marinated so well in garlic sauce that the inner taste of the prawn was tapped out entirely and thus I can’t complain. I also ordered some chicken, which came in the style of a kebab, all on one stick, with some nice Greek dip to complement the eating experience. 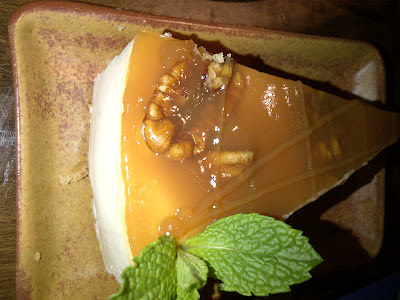 So for the lamb alone (and the fact that rose wine, my favourite type of wine, was out of stock - a real let down ;____;), The Real Greek doesn’t quite hit the extreme heights of some of the best London restaurant experiences I’ve had, but everything else was near perfect. Do not say no to that dessert!

Nice post. best greek restaurant in london Thanks for sharing this useful information of delicious food which should be added in any party.