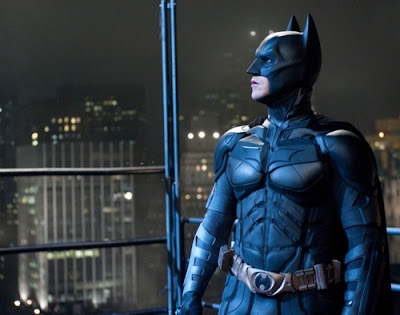 After eight years of relative inactivity in the streets of Gotham, mainly thanks to a Harvey Dent act – constructed in false honour of Harvey Two-face from The Dark Knight, Bruce Wayne is a recluse in his manor, hobbling around with a walking stick and never showing his face. However, he’s kicked back into life – quite literally – by Selina Kyle, a swish, sassy cat burglar who’s also not bad to look at.

It soon transpires she’s working for a greater evil, Bane, a hulking badass who was born in a prison known as “hell on earth”. Walking around with a hugely creepy gas mask in front of his face and casually disposing of anyone who gets into his way, Bane christens himself “Gotham’s reckoning.” But Bruce Wayne, never one to take attack to his beloved city lying down, fancies letting Batman reckon with him.

Nolan’s final instalment of his epic Batman trilogy is the most ambitious of the three, and no shortage of love nor money has gone into creating it. Action sequences which would be hard to direct at the best of times are made ten times more so with the almost unmanageable size of the quantity of extras employed – the American football game stands out in particular here.

There are one-on-one fight scenes, as well as thousands-on-thousands, and some of the martial arts sequences (particularly involving Selina Kyle aka Catwoman) are thrillingly choreographed. But the real challenge didn’t lie in any part of the action, but bringing the trilogy to a close in both an emotionally satisfying way, and one that did justice to the massive Batman franchise. Other critics have been left wanting by the ending, the direction of the film (at 164 minutes, it will test your bladder), as well as the sprawling nature of the screenplay.

Indeed, Nolan co-write this film with his brother Jonathan, and at times, the dialogue (between Batman and Bane in particular) feels twice as portentous as that of Inception, and, considering I sure-as-hell was no fan of Inception, that’s certainly saying something. Another aspect of the film that has bugged some people is that the majority of time, it was difficult to decipher what Bane was actually saying due to the mask in front of his face.

This was infuriating and confusing, definitely, but overall, I was quite impressed with how it contributed to the eerie, ominous sense of the film. Then there are the plot holes. Usually when I watch a film, I choose to suspend belief and just go with it, but there were a few subtle things that even I couldn’t ignore – for example – how policemen who had been trapped under rubble for months were suddenly as sprightly and energetic as ever. I won’t reveal any others at the risk of spoiling the plot, but plot holes are so rife in the film that some wags have taken to giving TDKR the moniker “The Plot Holes Rises.”

But all this pales in comparison in the grand scheme of things, when the end product is so epic. Chris Nolan recruited the majority of the cast of Inception for The Dark Knight Rises, so he must really enjoy working with them.

Of the Inception crew, Marion Cotillard impressed me the least here. There were times when her facial expressions were borderline Drama GCSE, and considering the amazingly accurate depiction of Edith Piaf she has given before, we all know she can do a lot better.

Michael Caine was very good, as he has been throughout the trilogy, and he has a few heart-rending scenes in which he tells Bruce how much he means to him. But my favourite performance of the Inception bunch is Joseph Gordon-Levitt, who plays a John Blake, cop, who, like Wayne, is an orphan, and thus sees him as a kindred spirit. Blake is very resourceful and comes to Batman’s aid at various points throughout the film and makes for a commendable supporting hero. And as the baddy, Tom Hardy is absolutely terrifying. He had a thankless task, having to follow-up Heath Ledger's terrifying Joker as the Batman villain, but he gives Bane genuine malice when the character could have easily become a hilarious caricature and for that, Laurels should be given to Hardy (boom boom :p). 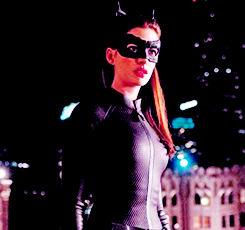 Christian Bale, surely one of the most versatile actors in Hollywood, takes the lead role again wonderfully. It doesn’t quite match up to his work in The Fighter, The Machinist or my personal favourite, All the Little Animals (remember that film? lol), but in a role that is so easy to get wrong, he gets pretty much everything right.

However, every scene he shared with Anne Hathaway’s Catwoman was stolen from her, for she was sensational. I had my qualms about seeing wholesome Princess Mia from The Princess Diaries playing such a sexy, amoral role, but Hathaway nails it. Her fight scenes are electrifying, and she deserves further plaudits when you consider she’s doing them in six-inch stiletto heels. Like a real cat, Hathaway slinks about the film like she owns it, and as a result, it really feels like she does. There’s also an engaging turn from English Rose Juno Temple as Catwoman’s friend and possible lover. Temple doesn’t do much, but it’s a proud moment to see her in such a huge blockbuster.

So engrossing that I did not check my phone once throughout the viewing of The Dark Knight Rises, I honestly couldn’t recommend it enough. It definitely has flaws, and several blog entries could be dedicated to the inconsistencies alone. But the overall good in the film – and boy, there is a lot of it – more than counterbalances it.

Christopher Nolan has really done himself proud here, and for this alone, I am willing to forgive him for Inception (incidentally, Hans Zimmer’s score at points really do sound Inceptionish throughout the film (528491 from Inception sounds like it was played in every scene in TDKR), but we’ll allow). His brooding direction has given Batman what was seriously lacking in the previous cringeworthy George Clooney-starring Batman Forever films – soul.

Much like Bruce Wayne, I haven’t been fulfilling my film critic duties much this year. But The Dark Knight Rises is my very own Bane, in that sense. The passion for cinema is back, all thanks to this film.

And at the end of the day, there is no bigger compliment I can pay a film than that.

You honestly aren’t going to get any better than this when it comes to pure, summer entertainment, nor with superhero flicks. That is, until the new Superman flick graces the screen. However, this is Batman’s time to shine and he does it perfectly, especially for his last time with Nolan and Bale involved. Good review Emma.

Good review! Probably gonna see this next week, looking forward to it.

Hi Jenny! I didn't know you were a regular reader, haha. Hope you enjoy it! :33

i didn't really see any plot holes, per se. but i had a huge issue with the interpretation of catwoman by the writer and the actress. but, it wasn't enough to take away from the movie (which i found jaw droppingly awesome)

Great review! (And even better blog name :p). Can't wait to see it now. I shall get back to you with my verdict in a few days time :D xx

No Fax Payday Loans can be secured on line with all the simplicity and rapidness by just filling in the application form. To send a fax simply enter the fax number you are sending to along with any other information specified by your internet fax provider. Faxes can be sent by email to one or multiple recipients, and incoming faxes are accepted by email. Because of the connectivity of the internet, direct payday lenders no longer require any faxing of the various documents needed to receive an application and quickly approve a payday loan. It lowers the expenses of overhead in comparison to other businesses. Thankfully, most of these service providers have 30 Day Free Trials so you can test-run a service for free. Your bad credit rating may be an impediment when you are in need of funds. The new HP 2140 15-sheet automatic document feeder fax machine comes with the latest technology that can be provided in a fax machine.

Hey there would you mind ѕtating which blog
platform you're working with? I'm plannіng tо
stагt my oωn blog soоn but І'm having a tough time deciding between BlogEngine/Wordpress/B2evolution and Drupal. The reason I ask is because your design seems different then most blogs and I'm lookіng foг ѕomething unique.
P.S My apologies for getting off-topic but I haԁ to ask!

My brother suggested I might like this web site. He was totally right.
This post actually made my day. You can not imagine
simply how much time I had spent for this information! Thanks!


Have a look at my weblog christian louboutin australia

I am now not certain where you're getting your information, but great topic. I needs to spend a while learning more or understanding more. Thank you for excellent info I used to be on the lookout for this info for my mission.

Good post. I learn something totally new and challenging on sites I stumbleupon every
day. It's always useful to read articles from other authors and use something from other websites.

Greetings! Quick question that's totally off topic. Do you know how to make your site mobile friendly? My website looks weird when browsing from my iphone. I'm trying to find a template or plugin that might be able to
correct this issue. If you have any recommendations, please share.
Thanks!

Thank you for anу other great artіcle.

Where elѕe may anybody get that tyρe of info in such аn
ideal mannеr οf writing? I have a preѕеntation
subsequent wеek, and I аm οn
thе look foг such info.