Nando’s (Park Royal, London)
I had what I usually have at Nando’s – the vegetarian burger (which many have thought a funny choice as they are famed for their chicken and I’m anything but vegetarian.) But I love the Nando’s veggie burger and having read the review of the film Killer Joe and heard about a KFC scene in it, I don’t think I can eat any kind of chicken ever again in my entire life. So I stuck with my tried and tested veggie burger and had two sides, coleslaw and chips, both of which were fine. There is only so much one can say about a chain like Nando’s; I would say it was “cheap and cheerful”, it’s definitely the latter, but now, I’m not so sure about the former. There was a time when Nando’s was known for being cheap student food; you could go in there with a fiver and have a good time. Now, the good times are still available (two trashy girls got into a catfight right near me! I took a photo for the banter, it was better entertainment than Jeremy Kyle tbh), but you need to have at least double that amount, for what feels like half the amount of food. Hmm. Recession indeed. B-/C+ 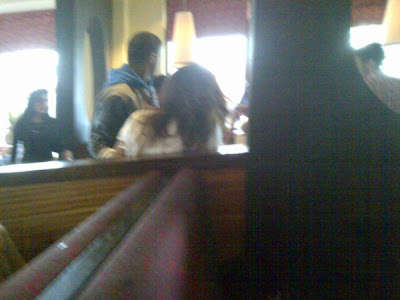 GoodLiffes (Loughborough)
An elegant and effortlessly classy eatery, me and my best friend Anna came here for brunch. Service, quality of food and promptness of delivery were all to be commended. The prices could have done with being a little lower, but that’s probably the tight-fisted goon in me. Overall, a more than satisfactory experience. B+.

Oh and there were pandas in Central London yesterday, banter: 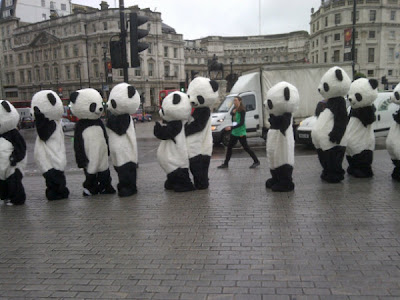 SteveBrad said...
This comment has been removed by the author.
10:12 am

I like the pics!!!!
I will tell my others friends to visit the site. nice information..