Review of A Million Lights (Cheryl)

In a recession, we’ve got to be careful with how we spend our pennies. So Cheryl Cole, now ditching the “Cole” part of her name in an attempt to establish her a r t i s t e credentials, charging £10 for her new album, means that a decision into buying or not buying it should not be entered upon lightly. Or you could just always do as I do, and listen to all her songs on YouTube, which counts as listening to the entire album, which gives me jurisdiction to slag it off. 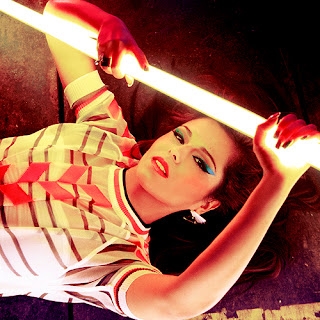 The album has a few strong points. The single “Call My Name” is produced by David Guetta, and it sounds it. The lyrics are nothing deep (Cheryl Cole’s songs never are) Love Killer – good song due to the beat and her voice is a monotonous crapsack, but such is the vision of Guetta, that he elevates it from average pop fare to something you can really tap your feet to. “I Like It” is breathlessly sexy, and the Lana del Rey penned “Ghetto Baby” (which, by the way, lifts whole chunks from Lana’s “Match Made in Heaven” – there’s your self-plagiarism) oozes swagger, even if Cheryl’s delivery of the lyrics is nothing on Lana’s natural-born-sultriness.

The rest of the album is rather drab. Cheryl’s crappy voice is epitomized on Under the Sun and Sexy Den a Mutha is about the song equivalent of Ashley Cole’s penalty against Italy on Sunday, just sayin. The lyrics of Mechanics of the Heart are extremely saccharine and she sounds as whiny as her interview with Piers Morgan. And in Last One Standing, she shows how weak her voice is. The thing is, unlike Nadine Coyle, who genuinely has a sensational voice, and Nicola Roberts, who has a sweet one, there is absolutely nothing special about Cheryl Cole’s voice. Certainly not meriting a third album, and that’s why she has had to do so much promotion, half-dressed, for “A Million Lights” – it certainly doesn’t sell itself on merit, just noticin’.

Save yourself the money and don’t pay any more to this evil cow (she punches toilet attendants just because she doesn’t like the colour of their skin, just remindin’). Failing that, you can download every single one of her songs from mp3skull, that way, you’ll have all the songs on her album without her being a penny richer. Do it. Grade: F (and that’s being generous, just sayin’)
Posted by Emma at 6/28/2012 04:18:00 pm

Ha! Don't mention macaroons to me - not those Pierre Herme ones which are soooo nice! (I have ordered 2 lots from Paris, but you can get them at Selfridges too or their shop in Fulham Rd.

I enjoyed the Fortnum & Mason afternoon tea the other week - you could have more of everything, got a doggy bag to take home, attentive dishy waiters ... great room too and the waiter even took pictures of the group of Japanese girls nearby. Highly recommended then.

Forgot to say here is report :