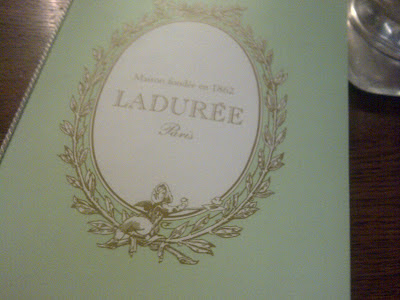 This year, for my birthday, I decided to try somewhere a bit more upmarket than my usual eatery. So my best friend and I got our gladrags on and went to Ladurée, having seen it frequently been namedropped by some people on our Facebooks and wondering what the fuss was all about. Not a whole lot, as it turned out.

Pretty much the second we set foot into Ladurée, I knew it wasn’t for me. I whipped my BlackBerry out to take some photos of the inner décor, as I thought it was cute, and some pissy bint just told me I wasn’t allowed to take photos. What the hell kind of pretentious rule is that? Ladurée is so up itself that one isn’t even allowed to use photography inside the restaurant. What, is the flash on my camera going to damage the paint on the overpriced walls? Just wonderin’. 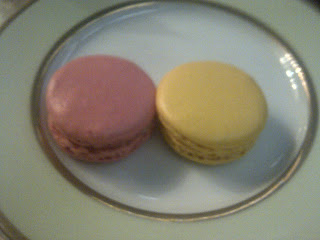 Once I sat down and saw the menu, however, things got even worse. A fruit salad (which contained about 40p’s worth amount of fruit in, tops) cost £6.80, and those so-called famous macaroons of theirs tasted completely bland; I’ve had far better macaroons from Paris, or even just Waitrose. 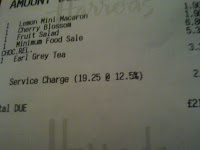 My friend had this dessert thing that tasted like something that Sainsbury’s decline to sell because it tastes so bad, and the customer service was ATROCIOUS. My friend and I were both more than appropriately dressed for a place that thinks itself something special, but as soon as the waiters saw our handbags weren’t designer label, in their minds, they prioritised the old, divorced and/or widowed women as more important to wait on, as they saw greater potential for a tip there. And of course they were right; Anna and I didn’t tip a damn penny. Truth be told, you’d have to pay me to go back to this motherfucking shower again. Overloaded with fugly clay models, social climbing people intent on chatting shit about the op-e-rahhhhhh all the way through lunch (yawn), and a menu that offers as little quality as much as it overcharges, even Theo Randell compares favourably to this shithole. I wouldn’t recommend it to my worst enemy.

hahahah what a shit place. Ladur-pay-more-than-what-its-worth

Anna! I didn't know you was gonnna comment rofl.

It was so shit. I'm still pressed about Harriet's catty comment about us too, just rememberin'.