A Look Back at Tess of the D’Urbervilles.

Thomas Hardy’s famous novel Tess of the D’Urbervilles was not a universal hit when it was first published in 1891, and met more than its fair share of controversy. Society at that time, it seemed, were not particularly receptive a novel that sympathised with women, that sympathised with the lower class, or was willing to challenge the social and sexual codes of the time. Over 100 years on, society is a lot more accepting to the ideas raised in his novel, and, just before the release of the next Bond film, the BBC have found the perfect time to re-invigorate Hardy’s novel onto the small screen.

22-year-old Kent-born English rose Gemma Aterton, who appears in three 2008 releases – RocknRolla, Three and Out, and Quantum of Solace, plays the low-born but beautiful country girl Tess who catches the eye of the immoral Alec D'Urberville, who, after persist and failed attempts to win her heart, takes advantage of her tired state one night, leaving her wounded and broken, but also leaving her a mother, to a stillborn baby. Things get better for Tess when she meets her supposed soulmate in Angel Clare, who falls for her too (and this time, the love is requited), but her shady past (to no fault of her own) continues to catch up with her, and finally, her honest soul lets her down when she admits to her newfound husband about her past endeavours, and he hypocritically rejects her.

Having had read the novel, I knew how the story went, 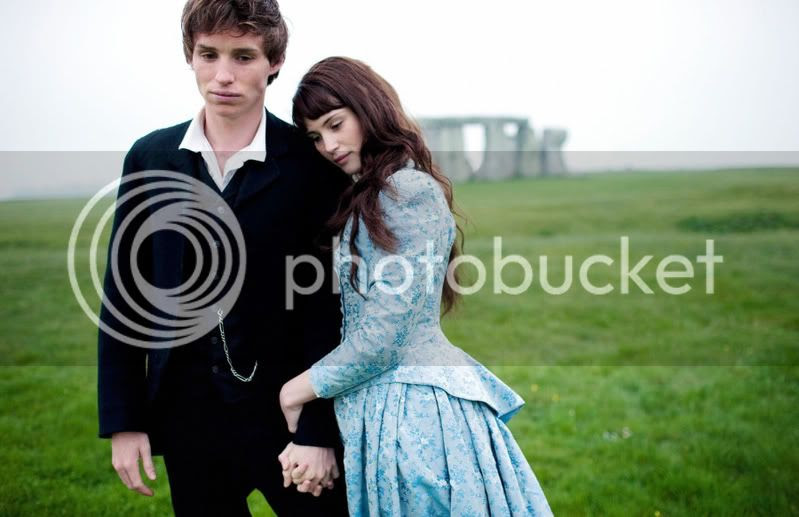 but that didn’t stop me from feeling for Tess as strongly as I did the first time I read the novel. In their adaptation, the BBC choose not to blur the line between whether or not it was seduction or rape – they depict the event as rape (which is also how I interpret it). Tess’ subsequent downfall is heartbreaking, not least because of the raw, gut-wrenching performance from Gemma Aterton, who, accent aside, captures all the qualities of Tess Durbyfield – kind-hearted, sincere, loyal, naïve, and prokects them into a brilliant performance. Her final scenes with Alec, in particular, broke my heart.

Overall, despite a few drawbacks, I found Tess and beautiful and moving adaptation of Hardy’s novel, and I look forward to seeing more of Miss Aterton!

I thought you said you didn't have a TV in your room?

I loved parts 1 and 4, was considerably less impressed with the middle 2 sections. The bloke playing Angel wasn't as good as the one playing Alec.

agree with above; eddie redmayne is not exactly the best actor around. the good shepherd is proof enough of that!!!

Agreed. He's beautiful, but... needs to know how to act!

Pseudos from the ‘Wood

Pseudos.
Pseudo-amorous – use the word as if they know what it means.
Pseudo-Goths – feel the world has wronged them in everyway possible and will weep for it.