A critical analysis of Slough by John Betjeman 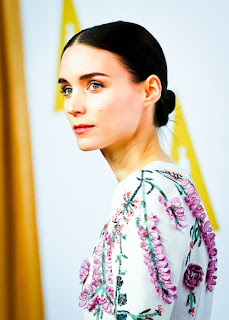 
Slough is written in the conventional quatrain scheme, with rhyme pattern of AAAB. Betjeman’s usage of three rhymes in each stanza adds an ironic lyrical quality to a poem describing a place as “Hell” and the shorter fourth line of each stanza acts as a conclusion of the quatrain. These are shorter, using hard words such as “belch” and “yell” to add impact. Slough is divided into ten stanzas, showing there is plenty of information to convey about this area. The poem has a regular form, reflecting Betjeman’s decisiveness and determination to have the place blown to “smithereens”.

Whereas many of Betjeman’s poems are about his love of topography, Slough expresses his hatred of this area. This is apparent from the beginning, where he asks for “friendly bombs, come fall on Slough.” The juxtaposition of “friendly” and “bombs” are ironic, and paint a Hellish image, of the area, and this is sustained with words like “Death”, “mess” and “Hell.” Furthermore, the imagery of the poem is violent and horrific, “They’ve tasted Hell”, and “dry it in the synthetic air”, further adding to the negativity of Slough.

War imagery is rife, from the repetition of “tinned”: “tinned fruit, tinned milk, tinned bins”, which creates the image of rationing and constriction. Betjeman then personifies this with “tinned minds, tinned breath”, implying that it is not just the area that is bad, but the people too. His social satire continues when he mentions “that man with the double chin” and “the bald young clerks”, further continuing the “repulsive” description of Slough. The people, like the place, are conveyed violently, with repetitions of “smash”.

However, Betjeman does not just satirise the appearances of these people, but also their personalities. They tell “boring dirty jokes” and are by his description “mad”, showing that the terrible state of Slough reflects in its residents, and that “it isn’t fit for humans now.” He describes the residents as uncultured, “It’s not their fault they do not know the birdsong from the radio”, and uses vulgar words to reflect the vulgarity of their actions, “belch” and even implies misogyny, “Who washes his repulsive skin in women’s tears.” Furthermore, Betjeman offers sarcastic sympathy to the “cheats” by repetition of the phrase “It’s not their fault”, which suggest the opposite, and that his derogatory comments to the people are deserved.

Many of the key words and phrases in Slough deal with the superficial, which could be used to convey his dislike of change. He describes the banal actions with derision, “with care/Their wives frizz out peroxide” and “bogus Tudor bars”, which, relating to “tinned minds”, show the people’s inability to appreciate the better aspects of life. Instead of “see the stars”, they “belch.”

Interestingly for Betjeman, there are no contrasts in tones of the poem, with only a hateful voice used throughout, which adds to how strongly Betjeman’s hatred of the place is. However, there are contrasts in scope. Whereas the first and last stanzas represent the macrocosm of Slough, speaking of it generally, the rest of the poem looks at individual examples. By doing this, Betjeman adds to the idea that all of Slough is “dirty” and that there are no redeeming qualities to it,

Although Betjeman never once explicitly says that he despises Slough, it is still apparent that he does, through many of his descriptions and anecdotes, as well as calling for a bomb to “blow to smithereens” the area. The usage of this colloquial word suggest that he does not have enough of an opinion of Slough to use a better word.

The final stanza repeats the first line of the poem to accentuate the awfulness of it. It ends with a note of calmness, as if Betjeman has imagined the bomb to have gone off. When the last line, “the earth exhales” is completed, the reader feels the full sense of the “Hell” and repulsion that has been apparent throughout.

If you found this interesting and would like access to my other GCSE and A-level English lit essays, email me at lemon_and_lime7@hotmail.com
Posted by Emma at 10/01/2007 08:41:00 pm

i have to write an essay about john betjeman and analyze his poetry so this helped a lot!

i have to write an essay about john betjeman and analyze his poetry so this helped a lot!

yer, this has helped me immensely with my english coursework! thankyou :D

thank you so much, I was wondering what the pattern it was, this has helped so much in my course work. thank you

If you didn't know what the rhyming scheme was then you're pretty fucking stupid and deserve to fail your course work. Not that you'd probably do well on it anyway since you're clearly so fucking stupid.

To the comment above: I don't actually think that the person you are commenting on was talking in relation to the rhyme scheme. I think you might find that they were looking for structure patterns. Analysing a poem for coursework is pretty simple if you are trying to convey the meaning, although this is usually reflected in the poem's structure, which can often be alot harder to recognise.
Obviously, you just have nothing more constructive to do with your time and if you were so 'clever' yourself, you could find the vocabulary to express your obvious dissatisfaction rather than using brash, colloquial terms.
Thankyou. Have a nice day.

it's good to see this information in your post, i was looking the same but there was not any proper resource, thanx now i have the link which i was looking for my research.
Coursework Help

I think that everything wrote was actually very logical.
But, what about this? suppose you composed a catchier post title?

I am not suggesting your information isn't solid, but suppose you added a title that grabbed folk's attention?

I mean "A critical analysis of Slough by John Betjeman" is a little
boring. You could peek at Yahoo's front page and see how they write post titles to grab people to click. You might add a video or a pic or two to grab readers interested about what you've written.
In my opinion, it could make your website a
little livelier.

Nice post. I was checking constantly this blog and I'm impressed!
Extremely useful information particularly the last part :
) I care for such information a lot. I was looking for this certain info for a long time.
Thank you and best of luck.

Thanks on your marvelous posting! I definitely enjoyed reading it, you could
be a great author.I will be sure to bookmark your blog and definitely will come back
in the foreseeable future. I want to encourage you to continue your
great work, have a nice morning!