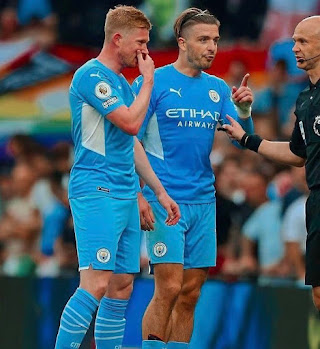 He had seen Kevin De Bruyne say, in an interview with Jamie Redknapp, that he himself preferred making assists to scoring, so Jack supposed that:

Thank you for the nice feedback and cheers for reading!

"Kevin!' Jack spluttered. He instinctively pulled his headphones out, and cursed himself for packing the ones with the wires instead of his AirPods, as the wires were currently tangled messily, and Jack thought this surely wouldn't help with Kevin's perception of him as a disorganised man-child."

If you are looking for how to write an essay introduction then, you can get in touch with the professional of BookMyEssay. Who provide live chat support service for those students who need someone to their homework done.

Omneelab Software Development Company has a couple of capacities in making Warehouse Management Software and SAAS Applications for the Supply Chain space. The other driving things/Applications of the affiliation are Order Management and Billing Management. The affiliation additionally creates a changed software application for a combination of occupations. Need to design a demo, generously make/contact: info@omneelab.com