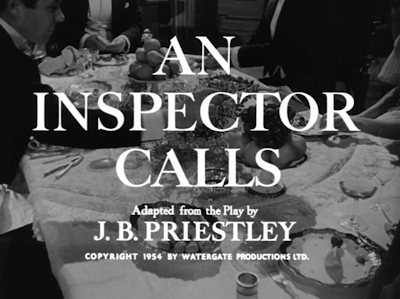 The Birlings, an upper-class family are celebrating the engagement of their daughter to her boyfriend. The patriarch of the Birling family owns many of the factories in their town, and the family certainly act like it. Then comes a knock at the door, with Inspector Poole interrupting their dinner party. He wishes to discuss the suicide of a local girl, Eva Smith, and the part each of the family members played in it. And their wealth isn't going to get them out of the awkward recriminations that will follow. 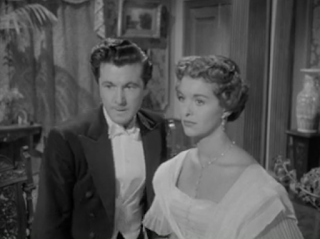 As the story unfolds, it is revealed that everyone at the dinner party played a part in the unravelling of the poor girl's life. She had originally worked in one of Mr Birling's factories, only to be sacked by him after leading a strike, asking for higher wages. She suffered similar injustices ranging from emotional to sexual abuse at the hands of all the entitled, selfish family, that culminated in, at the peak of her despair, for her to take her own life.

However, where the Netflix show is sensationalist and contrived, with the afflictions that Hannah is subjected to really challenging the bounds of credibility (I still to this day don't understand why she got into the hot tub with Bryce when she'd just witnessed him raping Jessica), the tragic story of Eva in An Inspector Calls is entirely believable. In 1912 England, there were huge class divides, and poor people were flagrantly exploited by those with money and power.

Whilst Priestley is far from the first from depicting the economic hardships in England, it is his shrewd psychological observations that really fleshes out the characters in An Inspector Calls. Sheila, the pampered daughter of the Birling family, had gotten Eva fired from her job as a shopgirl. She said it was due to insubordination, as Eva had smirked at her for trying on a hat, but on questioning by Inspector Poole, she admits that she had been envious of Eva's beauty, even though Sheila herself is no slouch in the looks department. 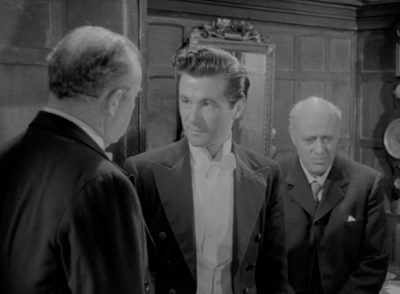 Acting as a proxy narrator is Alastair Sim as Inspector Poole. Usually famed for playing quirkier characters, such as in The Belles of St Trinian's and Stage Fright, Sim plays it straight as the sombre Inspector, here. He does remarkably well in this dramatic role, anchoring the film's narrative, as well as acting as a vessel for the audience in their judgment for how they collectively treated Eva. The actor has an unusual but very compelling physicality, and imbues Inspector Poole with a quiet integrity, and just a dash of the supernatural, that is essential to the role.

That he can command the audience, and the Birlings' attention, throughout the course of the film, without once raising his voice, renders this an inspired piece of casting. 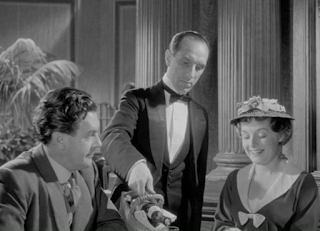 Just as watchable is Jane Wenham's devastating performance as Eva Smith. What makes her character's downfall so striking is how spirited her character was at the very beginning, before the Birlings' callous complacency took effect on her life. Even in the face of escalating hardships, Eva put on a brave face, because she didn't want people to feel sorry for her. But behind the smile, it is clear this is a woman in pain, and thanks to Wenham's empathetic performance and large eyes, she telegraphs this effectively and movingly.
The story-telling and direction from Guy Hamilton is slow-burning and measured, with the actions of each of the characters slowly revealed, at clinical moments when the revelations have the most impact. Ultimately, An Inspector Calls, like 13 Reasons Why, is a morality tale that urges the audience to be better people, to treat others better.

Watching the heartbreaking tale of Eva Smith definitely makes a compelling case for us to do so.