A criminal mastermind, Haghi, wishes to get his hand on some Japanese government secrets. In order to do so, he enlists the talents of the Russian spy Sonja Baranikowa, who must use her feminine wiles to procure information from a debonair young spy, known only as his number, 326. Haghi's immoral plans are considerably complicated, however, when Sonja falls for the man she is supposed to be manipulating. 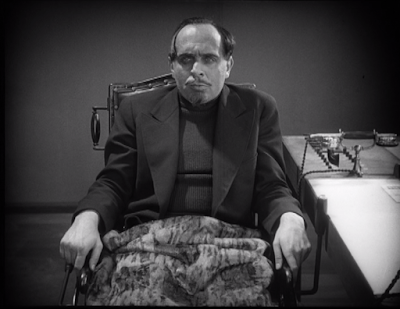 Despite Fritz Lang’s previous silent film, Metropolis, now being recognised as a visionary film for its time, with a huge influence on the canon of science-fiction cinema, on its release, it was critically panned. As such, there was pressure on him to deliver with his follow-up, and Spione, it's safe to say, is a much more of a crowd-pleaser than Metropolis.

Espionage films are rife nowadays, but for the 1920s, Spione, like Metropolis, was ahead of its time. The tropes that you see in modern spy films, such as lock-picking, red herrings, changing allegiances, and secret identities, all started here. Back in the 1920s, however, the technology to computer generate particularly hazardous stunts had not yet been invented, so the jeopardy of an elaborate car chase depicted on screen is palpable in the audience, because you know (to an extent), it was actually filmed. 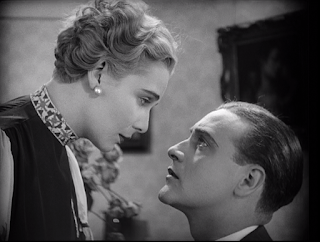 The excitement of Spione is amplified with a fantastically nimble piano score. Lalo Schifrin’s iconic Mission Impossible’s score actually has echoes of the catchy theme used in Spione. The rumbling bass of the music in Spione invokes Hans Zimmer and James Newton Howard, again testifies Spione’s considerable influence in future films. The film contains characters from all over the world, and other instruments (such as the Japanese koto) help build tension and give cultural flavour.

This being Fritz Lang, it’s not all fun and games. Even when directing a spy romp, he wants his creations to carry gravitas. This is achieved in some of the indelible imagery present in the film, such as an ominous close-up of a rifle, or a character in a state of opium-induced bliss (her opiate addiction is gamed by the political Haghi to extract information, naturally). The detail in every scene is stunning, from the jewellery and lavish costumes that Sonja wears, to the flowers which are given in a loaded manner from one player to another. 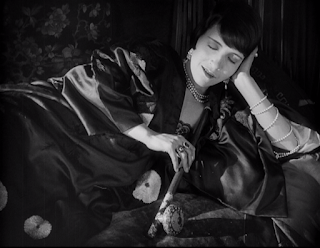 One of the things I loved about Spione was how gloriously old fashioned it is. Secret dealings are done using handwritten notes. Soldiers are kitted out in old style uniforms. And, when the ‘this message will self-destruct in 5 seconds’ capabilities of the Mission Impossible films were not possible due to not yet being invented, characters personally burn all of their correspondence, contributing nicely to the cloak and dagger overtones.

Spy films wouldn’t be half as thrilling to watch without a believable antagonist, and in Haghi, excellently performed by Rudolf Klein-Rogge (who also played the mad scientist in Metropolis), we have an iconic one. Haghi is wheelchair-bound and carries out his shady dealings from the confines of his wheelchair. But even without the ability to walk, he is far more menacing than most of the cartoonish villains in modern films (Kenneth Branagh in Jack Ryan: Shadow Recruit, Sharlto Copley in Oldboy and Jesse Eisenberg in Batman v Superman, I’m looking at you).

Haghi’s main weapon is his brain, which he uses fautlessly, orchestrating all of the players' every move and not above some casual subterfuge to keep people in line. He knows exactly what makes people tick, what their weaknesses are, and how to use these human traits to his advantage. 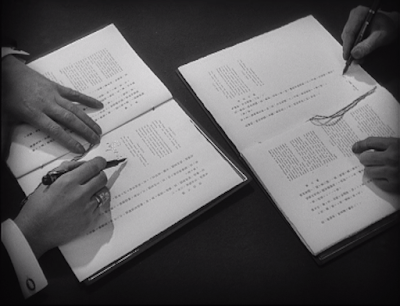 Spione is not without faults. As with many great detective movies, it features some plot conveniences (2018's summer blockbuster Mission Impossible – Fallout, by far one of the best recent spy films, also has this problem). The main plot contrivance of Spione, however, is more of a facet of it being a classic film - characters fall in love after just one encounter, something you see a lot in black and white films. Detective 326 misses Sonja being handed a note right in front of him when they are dancing, which is awfully unobservant for a so-called spy.

Minor plot foibles aside, I had a terrific time with Spione. At over two and a half hours, the plot is very elaborate, but Lang and his wife Thea von Harbou plotted and wrote a clever screenplay that’s always one step ahead of the audience, right up to the surprise finale. The film is directed with considerable finesse and some of the action scenes are so thrilling, they took my breath away. 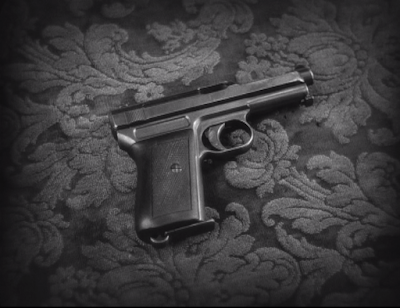 The finale was simply breath-taking in its elaborate set-up. And you know in spy films when it turns out ‘it was ____ all along’? Spione might just be the earliest espionage picture to toy with that plot beat.

This website definitely has all the information I wanted concerning this subject and
didn't know who to ask.

I read this post completely regarding the difference of most up-to-date and preceding technologies, it's awesome article.

Your style is unique compared to other folks I've read stuff from.

Thank you for posting when you have the opportunity, Guess I will just book mark this web site.