Second Guessing the Most Complaints the BBFC Got in 2016

The BBFC’s 2016 Annual Report is set to be dropped any day now (2015's one came out late June last year), and for me, it’s basically like waiting for Christmas. Of course I’ll do an extensive coverage of the Report when it comes out, as I did with the 2015 one, but for now, I thought I’d guess which films the BBFC got the most complaints about.

Note that these are my predictions for public feedback, not my own thoughts about the BBFC’s performance in 2016, which I have outlined in this blog post already. 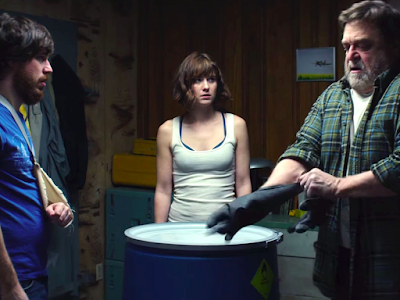 I agree with the masses here. 10 Cloverfield Lane was very menacing for a 12A, even more so when you compare John Goodman’s creepy captor in this film with the hilariously unscary and dumb shark in The Shallows getting rated a 15. All the shark did was thrash blindly at the rock Blake Lively was situated on. John Goodman’s character had the whole was he/wasn’t he a paedo mystery surrounding him…. Much darker than human vs shark! Yet, obtusely, the BBFC considered the shark 'sustained threat' and a potential paedo who threatens to use acid  'moderate threat'. Lolwut?

Frankly, it was scarier than some 18-rated films I’ve seen, purely due to the director’s use of tension and the way he made the audience feel. And, given the BBFC have done loads of podcasts saying how ‘tone’ can strongly affect the rating of a film, I have no idea why they didn’t err on the side of caution like the Irish and rate this 15.

Something that I find utterly inconsistent is that 10 Cloverfield Lane got a 12A for ‘moderate threat, violence, infrequent strong language’. Star Wars: The Force Awakens had an almost-identical short insight: ‘moderate violence, threat’. Yet the gulf in impact in the violence and the tension in those two films was world’s apart.

02. Deadpool (15, people will say it should have been an 18)
Even though Deadpool was very raunchy and violent, I don’t disagree with its 15 certificate, given that 15-rated films these days are allowed to be raunchy (whether in a comedic setting such as Bad Neighbours, or in a more serious one, such as Black Swan) and violent (Kingsman, Kick-Ass).

It was probably the fact that the violence and sex were both presented in quite a tongue-in-cheek way, that was atypical of comic book adaptations, that had cinemagoers clutching at their pearls. And for that, I anticipate quite a few complaints.

Whilst I think the 15 certificate for Deadpool was fair, I would contest its short insight: ‘strong bloody violence, strong language, sex references’. There were sex references, but there were also quite a lot of sex scenes, most notably, the sequence where Morena Baccarin rides Ryan Reynolds. What I find utterly bizarre is that the BBFC have bothered flagging the blink-and-you’ll miss them sex scenes in 45 Years, Miss Sloane and Hell or High Water as ‘strong’ in their short insights, and they didn’t for Deadpool.

It will be interesting to see how young people who complained that Suicide Squad was a 15 and thus, they couldn’t see it, will justify their complaints, given that due to the BBFC rating, they technically shouldn’t have been admitted into the cinema. Thus, how do they know that Suicide Squad shouldn’t be a 15, eh, eh? Schrödinger's BBFC rating, that.

As I am 27 (and was 26 when the film came out), the 15 certificate didn’t restrict my ability to see the film. For what it’s worth, it is definitely on the lower end of the 15 rating, and when you compare Jared Leto’s over-the-top caricature of a Joker (10th worst acting performance of 2016, just saying) with Heath Ledger’s genuinely unsettling one in the 12A-rated The Dark Knight, there’s no competition who was scarier.

There is one very terrifying element about Suicide Squad, which merits its 15 certificate, however: the fact that Cara Delevingne can get film roles.

04. The Revenant (15, people will say it should have been an 18)
So ignore what I wrote about The Revenant in last year’s Annual Report review; I assumed because it wasn’t mentioned it didn’t generate a prominent amount of complaints. Actually, it’s because the BBFC do their reports for the films that come out in the calendar year of the report, and The Revenant had its UK release in 2016. (This is a slightly confusing thing about UK vs US release dates! I go by IMDb release dates; the BBFC goes by British ones).

A film basically created so that Leonardo DiCaprio could roll around in the mud for two and a half hours to win an Oscar, there were some really brutal fight scenes, including spearings, hand-to-hand combat, and the infamous bear mauling.

I’m undecided about what the rating of this should be… It was definitely a strong 15, but as the BBFC constantly re-iterate, they’ll allow quite a high threshold of violence in a 15 if it’s not conducted in a sadistic way, and in The Revenant, you definitely got that it was for survival, rather than pleasure. 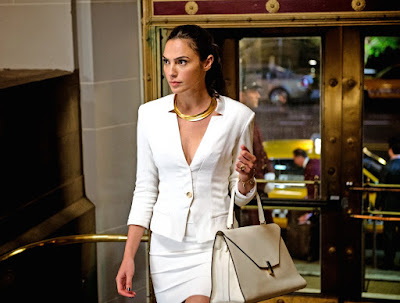 05. Batman vs Superman: Dawn of Justice theatrical cut and director’s cut (12A, people will say it should have been a 15)
This is an absolute no-brainer for me; 12A written all over it. The level of violence in Batman v Superman theatrical cut was comparable to that in other 12A/PG-13s that came out last year (Rogue One, not-so-Magnificent Seven) and the ‘threat’, to quote the BBFC extended insight, is ‘a character experiencing nightmarish visions including that of a large monstrous bat’.

Let’s be real, the only truly scary things about BvS were 1) the unhygienic bathtub scene between Henry Cavill and Amy Adams and 2) Jesse Eisenberg's cartoonish performance (between Jesse, Jared and Blahra, the akting as DC villains last year was a bit shit, wasn't it?). I'm convinced the bathtub scene is what cost Amy Adams her Oscar nomination for Arrival. Sadly, I can't say the same about Eisenberg in BvS costing himself Oscar buzz for Cafe Society, seeing as I seem to be the only person who really liked that film.

The director’s cut, which bizarrely got a R rating in the States, had an added f-word (but f-words are allowed in 12As) and an unpleasant prison stabbing, but the stabbing was very quickly edited and off-frame, and as I have said many times, Zack Snyder treats the characters in Dawn of Justice like canon fodder, so when a random prison inmate gets bumped off, the violence really didn’t register in the same way the event in 10 Cloverfield Lane did, say.

On a more sombre note, I was really heartbroken to hear that Zack Snyder’s daughter committed suicide, and as a result, he’s taking time off from working on Justice League. My thoughts go out to Zack and Deborah Snyder and their family.

A few other random notes about 2016 films worth flagging:
- These five films are just my guesses for the top 5 most complained about movies. I also anticipate several complaints for Sausage Party, Jason Bourne, High-Rise, Eddie the Eagle and The Lobster. Personally I thought The Girl on the Train was upper-end 15, but it remains to be seen if anyone agrees with me and bothered complaining about it.
- Miss Peregrine's Home for Peculiar Children had a U-rated trailer shown before Finding Dory that featured a spider crawling out of a girl’s head, and other horror elements which definitely deserve a few disgruntled e-mails.
- Zootopia was a PG for just mild threat. I think it should be ‘mild threat, violence’, given there’s a scene near the start of the film where Judy gets scratched by a fox. (I recently rewatched Zootopia. God I love that film!)
- I wonder if anyone who missed the bit where Ryan Gosling says ‘fuck 'em’ in La La Land will ask  the BBFC why it got a 12A. Because seriously, that line was engineered purely so LLL, a PG film in every other way, would get the more lucrative PG-13 rating.

I like that the Irish did not play this game, and recognising La La Land as the PG-rated film with a 12A-rated word in that it was, gave it its PG-rating.

How about you? Before the report drops at the end of the month, gimme your predictions for most complained about movies!

I must recommend reading The Girl on the Train: A Novel.
I finished reading it today, and my conclusion is that its a really interesting book.