The Day I Met Per Mertesacker in Sushisamba. 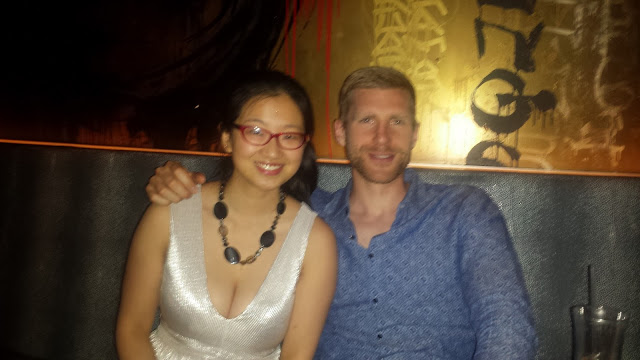 I was in Sushisamba with Anna (my best friend who this blog is named after) on Saturday evening, and out of the corner of my eye, I clocked someone who resembled PM a lot. I wasn't certain it was him though (the lighting in the Sushisamba bars is very dim), so I took a photo on my phone to investigate. As soon as the flash went off, the guy in question covered his face, which was basically an admission of guilt on his part. Not to be deterred by the fact that he obviously wanted a quiet drink and not be bothered, I gulped down my wine for a bit of Dutch courage, and approached the 6'6'' giant.

To Mertesacker's credit, he was very classy and obliging given this sort of thing happens to him all the time. I didn't give any intimations that I was, in fact, a Chelsea fan, and instead just gabbled 'I can't believe it's really you!!!' Smooth. But, despite recognising what an inconvenience I was, I still forced his friend to take a second photo, in case the first didn't turn out that well. 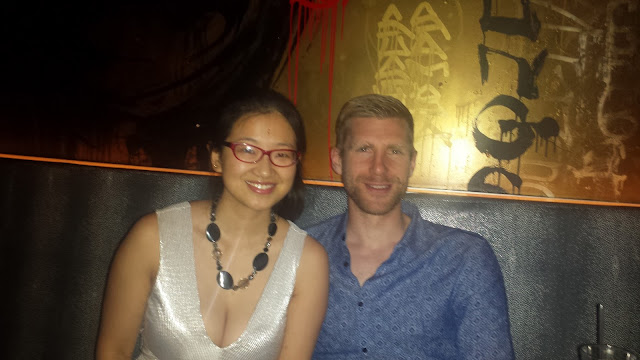 And, much as it will damage my Chelsea Girl credentials to concede it, Mertesacker is much more handsome up close and in photos than he is during games when he's being oafish and getting sent off against us because he can't deal with Costa.

One last thing: when I bothered his friend to take another photo, Mertesacker said something to the friend in German and he looked at my breasts. Given that I'm not quite dressed like a nun and the revealingness of the dress (I bought it because I thought it had an element of Marilyn Monroe in The Seven Year Itch about it), we'll allow Mertesacker this one.
Posted by Emma at 5/17/2016 09:15:00 pm