Now, call me a cleanliness nut, but, if I see any restaurant with a food hygiene score of anything other than 5, I judge them internally straight away. Harsh, perhaps, but I just don’t think it’s so much for ask, given the extortionate London prices restaurants charge these days, for meals that more often than not turn out to be disappointing, that the sanitation around the ingredients is nothing less than perfect. Olivelli had a grading of 4 for its food hygiene, yet I’d heard good things about it, including that celebrities of Hollywood’s golden era liked dining here. Something, clearly, had to give. 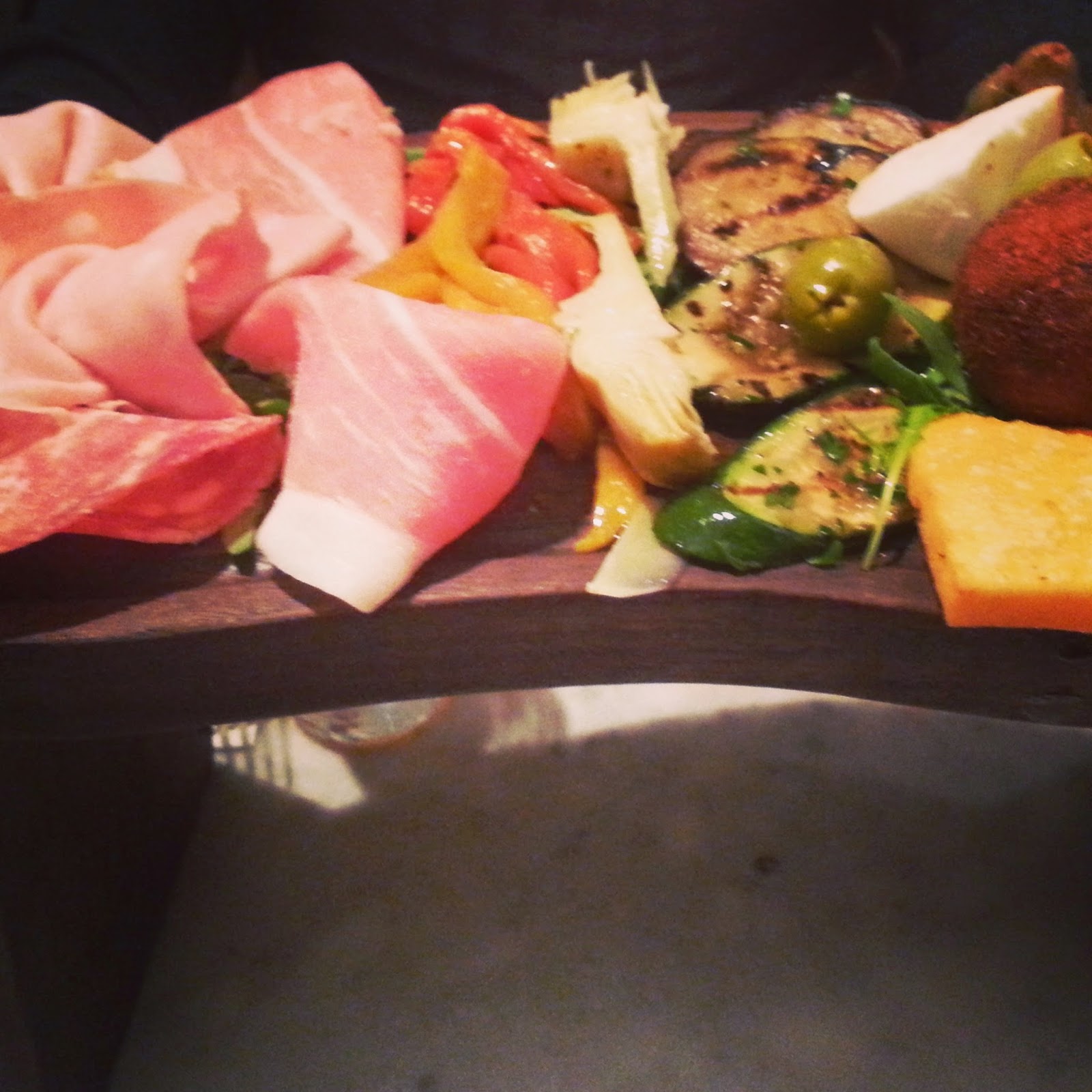 For starter, we ordered antipasto all’italiana, which had some flat notes (the rectangular blob was a bit tasteless), but the assortments of meats completed each other. I would have seen more in the way of dips for £16.95, and it could perhaps have been presented a little more artistically, but overall, it both served to treat the customer to a little taste of Italy, and whet one’s appetite tantalisingly.

For my main, I opted for spigola all’acqua pazza, or for the non-Italian speaking amongst you (don't worry, I just lifted it from the restaurant's website ;) ), seabass. It was priced at £16.45, but honestly, I have had much better seafood dishes in my work canteen for £3.30 (especially this fisherman's pie which I still dream about). The potatos that came with them were stodgy and there weren't enough of them to make up my dinnertime requirement of carbs, the cherry tomatos were Tesco produce at best, and the fact that there was bone in the fish, and we weren’t alerted it, was a huge problem as I’d already had two glasses of wine and a large beer by this point. I had to draw on every fibre of my drunken concentration to check that I wasn’t ingesting any bones. Extremely poor form from the restaurant. 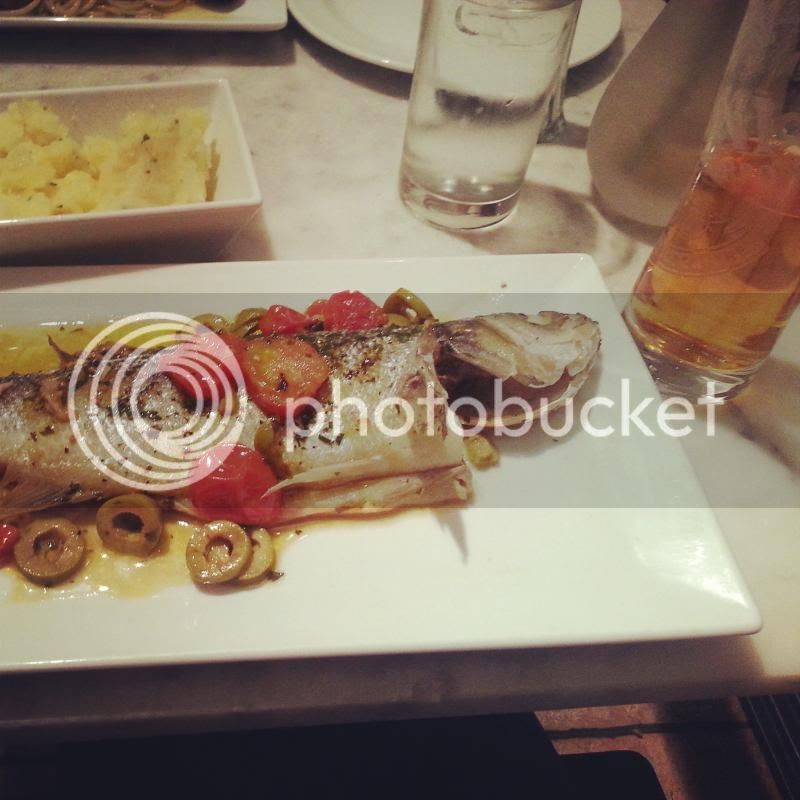 All in all, I’m at a loss to explain why such esteemed actors liked to frequent this place, which definitely likes to package itself as better than it is. It almost fooled me with the starters, but after the mains, I realised this place was all namedrop and no bite. The fact that it scored 4/5 on food hygiene, I realised, oversold it; that’s by far the highest rating it’ll ever be getting.