On the walk from the Highbury & Islington Tube station to Arsenal’s football ground is Al-Diwan Grill, a restaurant offering all the classic (read: well-known) Indian dishes for reasonable prices. The inside of the restaurant, as with last week’s Wonderful Patisserie, is nothing special; it feels more like a diner than a restaurant.

However, the food itself is some of the best Indian I’ve tasted. Between two people, we ordered a rice dish, two types of Naan bread, as well as Chicken Tikka Masala and Lamb Madras, and we were both sufficiently full from the quantities served. The Chicken Tikka Masala was the less spicy of the two meat dishes served, and, having eaten many a CTM in my University days (usually of the microwaveable meal variety), I consider myself a bit of an authority on the classic Indian takeaway dish. What made the one we had here so delicious was probably the generous quantities of oil which the chicken was bathed in as that really brought out the flavour of it, but I have in the past had CTMs wherein the chicken has been woefully undercooked, and there was no danger of that here. The Chicken Tikka Masala passed my test with flying colours. 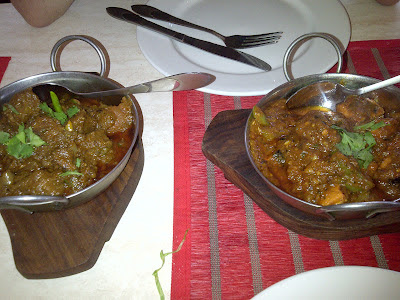 As for the Lamb Madras, that too tasted gofod, and that too, was bathed in oil. This dish was marked with a chilli in the menu, indicating that it was spicier, and whilst the level of hotness wasn’t an issue, I had a huge blunder when I consumed one of the chillis accompanying the meat bowl, stupidly thinking it was a bean. THAT was spicy, and tears streamed down my face and I was snotting like nobody’s business; not attractive. Thankfully the waiter responded quickly and got me a glass of milk and after stuffing my face with that and Naan bread, I slowly returned to Earth. But that was a pretty scary couple of moments, albeit entirely my own fault. 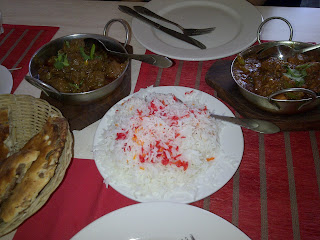 There was a good variety of Naan bread on the menu (I counted nine), so between us we tried the Keema Naan and the Paneer, the latter of which was very pleasantly cheesy, and I took to straight away. The rice we had between us was pretty uninspired, but that was probably due to errors in our ordering, and it didn’t detract from the enjoyment of our meal which, aside from the embarrassing eating-a-chilli affair, was thoroughly enjoyable. There are plenty of eateries near football stadiums which ride on their location and skimp on the actual food served, but Al-Diwan Grill wasn’t one of them. Highly recommended.

Did you know that you can shorten your long links with Shortest and get cash for every click on your shortened links.