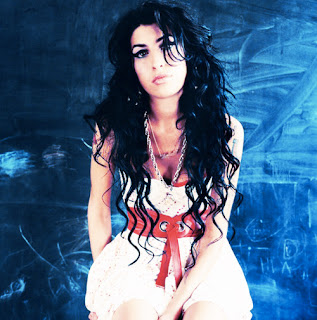 From Janis Joplin to James Morrison to Kurt Cobain and James Morrison, 27 seems to not be a good age for musicians. Today, Amy Winehouse, found dead in her Camden, joins the list of musicians who left us far, far too early. Unlike with some of the previously mentioned though, Winehouse’s death, however tragic, will not surprise many. Addicted to alcohol and drugs, Amy Winehouse was never the most conventional of artists. Expelled from Drama School at 14 for not working hard enough and getting her nose pierced, her career as a singer was constantly spent as a myriad of being in and out of rehab, overdosing on pills and booze, tumultuous love affairs with men who weren’t good for her, and occasionally singing at a concert now and then. With her signature bigger-than-life hair, powerful voice and song lyrics that hit emotional peaks, when she was good, she was magnificent. Unfortunately for her, the quantity of her lows exceeded her highs and on 4pm July 23rd July, the world lost a truly talented performer.

These are the five Amy Winehouse songs that I like the most:


05. Valerie
Originally by The Zutons, Mark Ronson (who’s job title I’m still a little baffled about) and Amy Winehouse collaborated on their version of it, elevating an already enjoyable song into a wonderfully lively, feel-good number, with a cute music video to match. It’s Amy Winehouse out of her comfort zone, in cheerful mode (although she did as such on Tears Dry on their own, another success of her’s), but sound-wise, it has an unmistakable 50s and 60s vibe to it, an era that Winehouse is no stranger to musically – since a child, she loved to belt out Sinatra classics. And, indeed, her spin on Valerie is something that even Sinatra himself would have bopped along to. 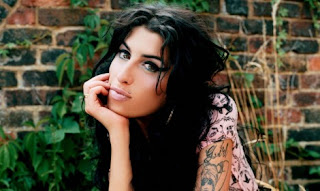 04. Love is a Losing Game
At just three verses, this is one of Amy’s most lyrically sparse songs, but what it lacks in verbal content, it more than makes up for in impact. Her melancholy voices drifts between quiet and loud and she opines over the cold, hollow, heartbreak of love. “One I wished I never played, oh what a mess we made” , this song hits the sensitive peaks that the majority of pop songs these days couldn’t even dream of reaching.

03. Fuck Me Pumps
Amy Winehouse puts her satirical hat out in a biting look at the lives of girls who hit the club in the hope of bagging a rich/famous husband, only to find themselves being used and abused, “You’re more than a fan just looking for man, but you end up with one night stands.” Her contempt for this kind of lifestyle could not be clearer, and there’s real fun to be had in her scathing wit, “You can’t sit down right/Cuz you jeans are too tight/ And you’re lucky its ladies night.” The title itself – an allusion to the slutty heels that some girls wear in a desperate attempt to get noticed – is a work of art itself. A caustic treat, from top to bottom.

02. You Know I’m No Good
Possibly better known to some as “the song they play over the credits of Secret Life of a Call Girl”, this is my pick for the sexiest Amy Winehouse song. Although it’s about infidelity, two-timing and all the guilt that comes with it, her voice is so sultry an silky that it gives her seedy lyrics an inexplicably alluring quality, epitomized in the line “Thinking of you in my final throws – this is when my buzzer goes”. The jazz trumpet and bass guitar complement her singing perfectly, and it is impossible not to view this song (as with many of her songs) as a microcosm of the Winehouse; she has a loving boyfriend, but chooses to cheat on him, thus depriving herself of all that is good and pure. Quite. 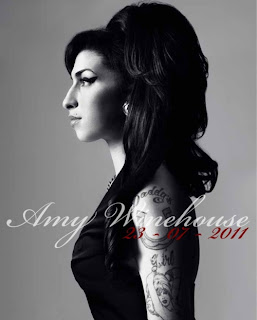 What with her on/off relationship with Blake Fielder-Civil, Amy Winehouse is no stranger to destructive relationships, and she uses these experiences to pen a beautiful and chilling depiction of such. “I died a hundred times” and “I love you so much/it’s not enough” are among many of the lines which she delivers perfectly. The emotion in her voice is unmistakable, and with the simple-but-effective piano chords and sparsely employed strings in the background, this is such a classy number that it has often been employed in TV and film sequences of funerals or other dark events. A song as unforgettable as it is disturbing and heartbreaking. Breathtaking.
Memories, my, my, my. For all her faults, Amy Winehouse was a majestic performer and singer/songwriter.The death of this North London girl gone bad will be sorely felt by the music industry. RIP, fallen star.
Posted by Emma at 7/23/2011 07:35:00 pm