My rankings and grades: 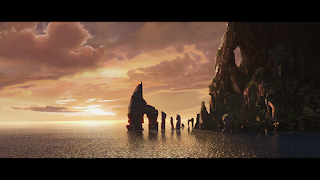 01. How to Train Your Dragon (John Powell)
Dreamworks’ How to Train Your Dragon is a fresh, cute film about a lad and his dragon. From the very first couple of notes of the score (which begin as the film does), I thought “oh here we go ago, another standard boring Disneyesque film”, with an unequally uninspired score to match. But I was wrong, for, as soon as the narrator subverted my thoughts in his narration, the score also did, and went from cheesy to cheeky. There’s barely a scene in How to Train Your Dragon where music isn’t employed, but it never feels intrusive and its playfulness is an absolutely joy; listen to how the music modulates into schmaltz pastiche when the protagonist’s crush walks onto the screen. Exuberant, lively, and adventurous, John Powell has sculpted a score which embodies the film perfectly, and, in honestly, is a huge factor for why I enjoyed it so. He clearly had a huge amount of fun writing the score, and we as the audience share the enjoyment in listening to it. A.

(but don’t just take my word for it, check out the amaze tracks yourself! The Drowned Dragon / See You Tomorrow / The Vikings Have Their Tea) 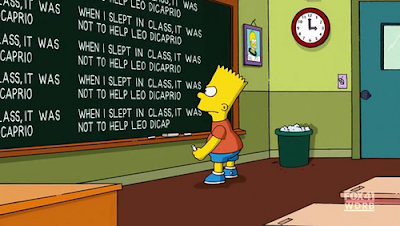 Hmm, Inception. It’s very difficult for me to be even in the same room as this film without wanting to throw something at it. But, credit where credit is due, Hans Zimmer knows how to – and clearly enjoys – penning the scores to action/adventure/thriller films. And often, as with Inception and The Da Vinci Code, his music proves to be the best thing about the lame excuse for a film. The track “Mombassa”, played when the action for the film was just kicking in, is terrifically fresh and frenetic, and at that point still gave me enough false hope to believe the film might be worth bothering with; the fusion of hyper-drumming and electro-rock give the film a huge sense of urgency and excitement, and the finale track “Time” is full of hope, sadness and despair in its elegiac string chords and powerful surges of crescendo as well as the blend of semiquavers and minims played in the beautiful “528491”, a track which I will forever now associate with Pete Postlethwaite. Unlike Christopher Nolan with the plot, Hans Zimmer keeps the musical ingredients relatively simple for Inception. And, by doing so, he shows that less is more. Take note next time you try to write/direct something about dreams ever again please, Chris Nolan. A-

03. The King’s Speech (Alexandre Desplat)
Alexandre Desplat, who also scored 2010’s Ghost Writer and Harry Potter and the Deathly Hallows: Part I, finds himself getting his fourth nomination in five years for his score to what is now, after recent DGA and SAG ensemble wins, the front-runner for Best Film come February 27th. His other three nominations have come for his music to films about a wily fox, a man who ages backwards, and, curiously enough, the Queen of England. But Desplat avoids doing what many composers must be tempted to do; go through their rolodex of old musical notes used for The Queen and bung it in to The King’s Speech, justifying that, they are, after all, “both about monarchy in England.” No, Mr Desplat is nothing if not original, and the music to The King’s Speech dances with wit and whimsy. On personal listening, the tinkling piano, the sparse use of woodwork and the orchestral melodies don’t delight quite as much as they do with the pictures, and it far from sits in my personal top 5 Desplat scores (that, for your information, would be Birth, Girl with a Pearl Earring, Syriana, Lust, Caution and The Upside of Anger) but in fitting in with telling of King George’s journey from zero to hero, they certainly fit the bill. B+. 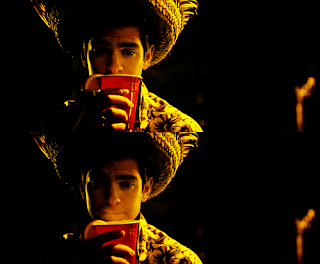 Whenever I try to remember the score to The Social Network, literally all I can ever remember is just a bunch of piano chords at all the most dramatic moments. Literally. Seriously, the score was a total non-entity and it absolutely confounds me how two people were required (one of which, Mr Reznor, is actually Nine Inch Nails' frontman), to put together such a musicalling mediocrity. I have no beef with the film whatsoever, in fact, I’d quite like it to win Best Film ahead of The King’s Speech, which left me somewhat cold, but please, not the score. That was crap, and the academy should definitely have deprived The Social Network of a nomination in this category and given it to the film where it deserved it - Best Supporting Actor. Oh yes, I'm still stanning Andrew Garfield. E.

05. 127 Hours (A.R. Rahman)
Speaking of crap, Jesus. I don’t get any joy out of ragging on A.R. Rahman, he did, after all, produce what I consider to be one of the most ingenious scores of recent years in Slumdog Millionaire’s terrific soundtrack. But if The Social Network was just a mishmash of sad-sounding piano chords, 127 Hours was just a mish-mash of weird sounds, with a bit of acoustic guitar thrown in to try and evoke the eerie, ethereal effect. I was not won over; the music left me feeling as viscerally sick as much as the arm amputating. F.

Who will win: The Social Network (urgh)
Who deserves to win: John Powell for How to Train Your Dragon
Who deserved to be nominated: Alexandre Desplat for Harry Potter and the Deathly Hallows?? idk. On the whole, it wasn't the most memorable year for film scores. Pity. But John Powell's score to How to Train Your Dragon is absolutely adorable, and I'm actually quite pleased I forsaw this one getting nominated.
Posted by Emma at 2/03/2011 12:29:00 pm

Great writeups! I personally love "The Social Network" score though - it's a lot more complex and textured than it seems but I totally understand where you're coming from. Either way, "How to train Your Dragon" is amazing and I too feel like the music was the best thing about Inception besides Marion Cotillard. :P