Sorry dudes, I’d slacked up on this for a few weeks, but I’m 20 now, I’ve decided to shove some consistency into my life (lol). Anyway, here we go.

The Nanny (Seth Holt, 1965)
Curious drama starring Bette Davis as a competent nanny who works for mentally fragile mother Wendy Craig, her husband and their bratty son (played by William Dix), who despises his nanny. At first, his antipathy toward her seems to be nothing more than a by-product of his spoilt brat attitude, but then we see that there is a dark reason behind it all. The old fashioned style of the film both works to its advantage and disadvantage – it’s unashamedly unfashionable, so the focus is on substance rather than style, but as a result, the clunky acting from Craig makes it, at times, difficult to take the film seriously. Bette Davis is, as ever, superb, and there was horror in the surprise. 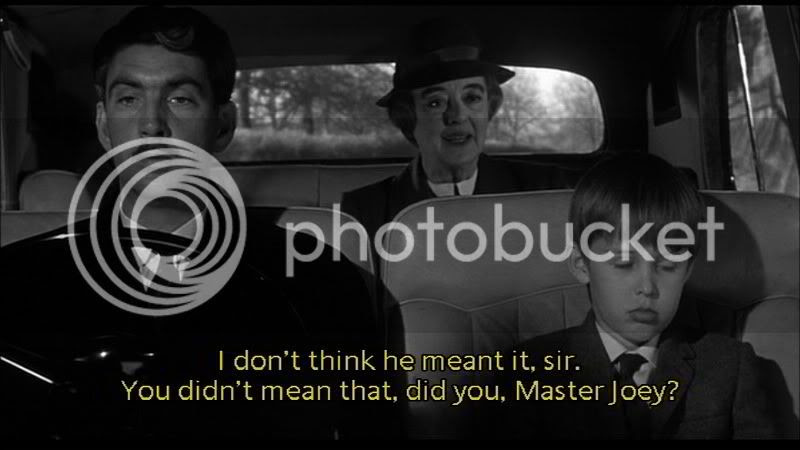 In My Father’s Den (Brad McGann, 2004)
Matthew Macfadyen stars as a war photographer who goes home after the death of his father and his presence alone starts unravelling bitterly resentments and hidden family secrets. Although the film was fairly languid in tone and pacing, it still held my attention throughout. The characters were all fairly detestable, though the depiction of Macfadyen’s relationship with a girl that may well be his daughter was well done and intriguing. The twist, when it came, was as surprising as disturbing. Bizarre little movie, I appreciated it far more than I enjoyed it.

Clash of the Titans (Louis Leterrier, 2010)
Entertainment, though not the smartest. Full review here .

Cruel Intentions 2 (Roger Kumble, 2000)
Cruel Intentions worked so well because of the sexual magnetism between Sarah Michelle Gellar and Ryan Philippe. Cruel Intentions 2, which tells the story of how the two characters came to be how they were, serves as a prequel to Cruel Intentions. Only this time, Amy Adams and Robin Dunne plays the respective roles. I quite enjoyed Cruel Intentions 2, even though it was extremely crappy, just because it knew it couldn’t live up to the original and didn’t attempt to. There was a weak, weak twist, which doesn’t even shock because the whole film itself is so weak. However, my main problem with the film was Amy Adams. She’s so lovely and warm and her attempt to play it bitchy just didn’t carry off at all. 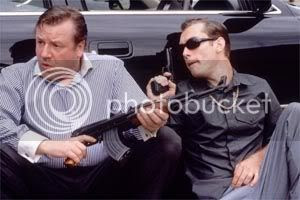 Oh dear. I don’t even. If you want to see bad acting, shitty camerawork and Kathy Burke and Denis van Houten get buggered, then watch this. If you have any appreciation for good cinema, then don’t.
Posted by Emma at 4/25/2010 10:26:00 pm

Fuck you, Gellar. Fuck you to hell.

Still torn on whether to see "Chloe" in theaters or wait for DVD. Reviews have been split right down the middle it seems like.