One of the things that a lot of people have struggled with during enforced lockdown was that, without social events to attend in the evenings or at weekends, it was difficult to pass the time without something to look forward to.

I completely sympathise with this, and as an act of self-care, during the quarantine period, I have been ordering myself little treats on the internet every few days. It doesn’t quite substitute the endorphin rush of hanging out with friends in a packed, boozy bar, but I find that if you have mail deliveries to look forward to, it helps delineate the days, and prevent them from blurring into one.

If you have the means to do so, I recommend you do the same!

Two things I ordered near the beginning of the lockdown were two Japanese snack boxes. Below are my brief thoughts on them: 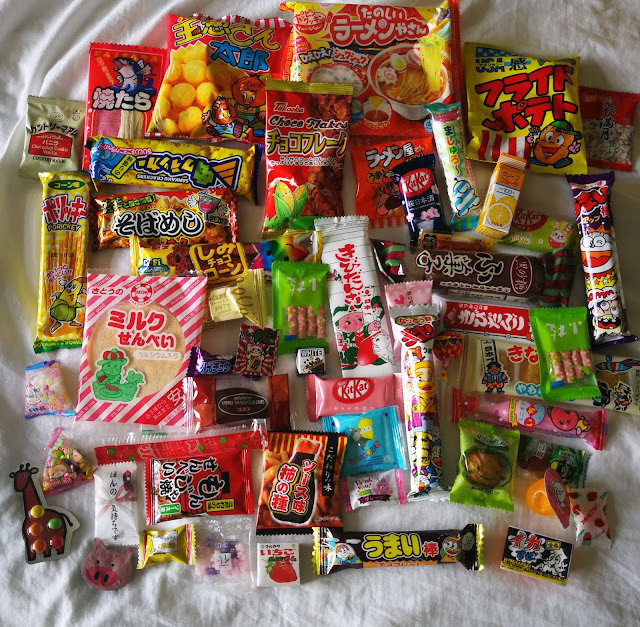 I was buzzing when this box first arrived, because it’s always nice to get packages, particularly if they contain snacks that you haven’t sampled before! I was particularly enticed by the bright, vibrant packaging.

Some of it was ace – loved the small KitKats and the corn bars (think the ingredients of crisps, but as one long chocolate bar-shaped snack, rather than individual crisps). In fact, all of the corn snacks were delicious, I'd be as bold as to say better than British crisps! I loved the two at the top of the photo!

But there were a lot of ‘filler’ items. It’s advertised as having 52 items, but if you consider that a small chewing gum or one individual sweet counts as an item (as you can see in the photo, there were quite a few tiny items), then it’s not great value for money. The chocolate bar thing (slightly above middle, to the right of the photo) was inedible.

There was a con so audacious the family in Parasite would have been proud, which is that the item packaged as 'noodles' (top centre of the photo) was in fact not noodles at all, but a few sachets of sugar. That was a con, and nothing less! (Albeit a very prettily packaged one).

The marquee items just about redeemed the meh ones, but in terms of value for money, I won’t be getting this box again. 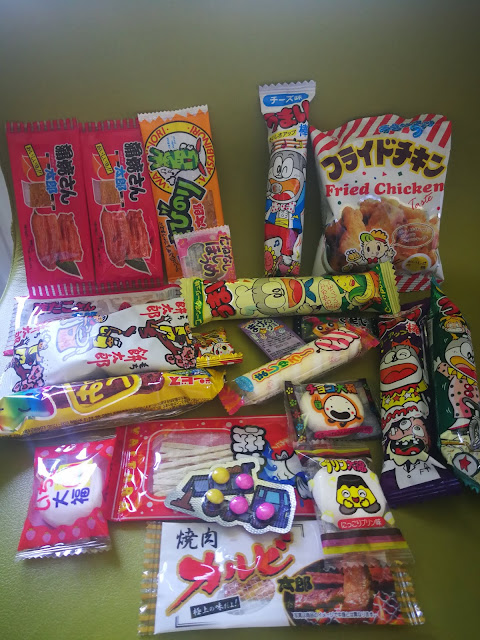 I preferred the snacks in this one, because there were more savoury snacks, and I prefer savoury to sweet. There were several of those corn-bars, that I really rated in the first box. The pack of fried chicken was wolfed down in seconds; fried chicken is one thing I have been craving during lockdown!

There were some small packs of meat which were deliciously salty, but didn’t contain enough meat, lamentably! The chocolate/sweet snacks were more hit and miss (the chocolate bar in this box, as with the first one, didn't taste that good), but at least there were fewer tiny items.  And the little marshmallow items were super-yummy. So, overall, I was happier with this box!

For more of my product reviews, click here. I imagine I'll be ordering more stuff on the internet during this lockdown period (to keep myself out of trouble), so, watch this space!
Posted by Emma at 5/16/2020 09:12:00 pm

Enjoying revisiting your blog during lockdown after all this time! With crisps of course
-Mel (from school)

Hi Mel! Long time no speak - how are you?