Written in black and white

This blog is rated 12A for infrequent strong language.


Last week, in preparation for watching Octavia Spencer get her Gone Girl on in Ma, I watched Black or White. The film itself was extremely forgettable, with aspirations of Oscar glory but not enough quality to realise those dreams, but the thing that did stick out about the film, to me, was this line: 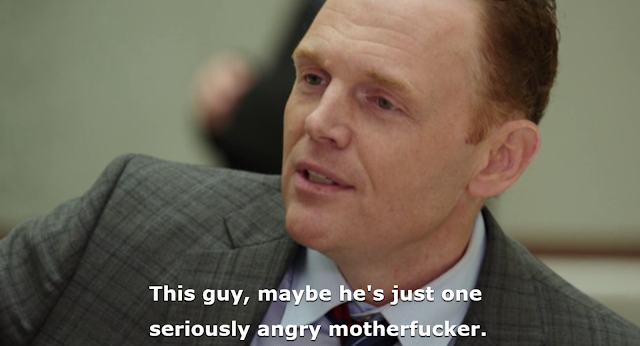 The BBFC have stated in previous podcasts that the 'MF word' is considered a 15-rated term. It's why Eat Pray Love, a PG-rated film in every other sense, was 15.

(Weirdly, the BBFC let the term in a couple of 12s in the '90s, Everyone Says I Love You and Sneakers, but I'm inclined to believe there was less standardisation about what was and wasn't allowed at the individual age ratings in the pre-internet era, so I'm happy to let those two slide).

Thus, taking Eat Pray Love as a precedent, I emailed the BBFC asking why the 'MF word' was allowed in the 12-rated Black or White, when Eat Pray Love got boosted up to 15 because of it: 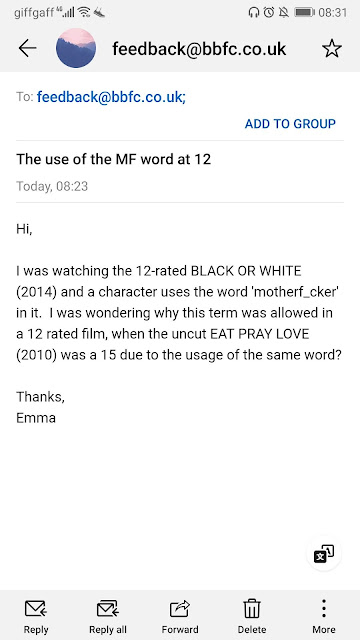 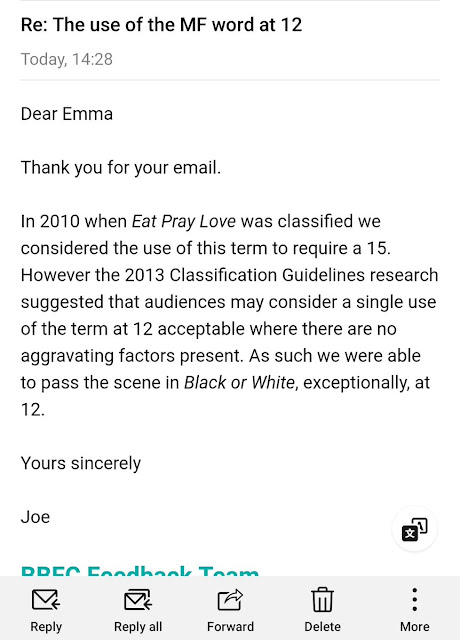 In a way, saying 'the guidelines have changed' feels like a bit of a copout, but in the BBFC's defence, the two films did come out four years apart, between which a guideline review was carried out, so at least this reason is more robust than it would be if the films had been released in the same year.

Furthermore, I am in favour of the direction in which things have swung, in light of 2013's review. For a film to get rated 15 for one use of motherf_cker alone, seems very draconian, particularly as it is an Americanism that sounds more odd to British ears, than offensive.

The BBFC said it was passed 'exceptionally'  in Black or White, meaning we won't be seeing the 'MF word' in 12A-rated films left, right and centre, which I agree with. In Black or White, there was no aggression to the way in which it was said, and the guy who used it was telling it as part of an anecdote, so it was largely undirected.

So in this case, the BBFC have implemented a change, that I think is sensible and correct. For more film rating nerdiness, click here!
Posted by Emma at 6/15/2019 08:30:00 pm