I did rather well last year, guessing every category bar the short film ones correctly. Let's see if I can match that form this year!

I think it's going to be between Green Book (which won the Golden Globe for Best Comedy or Musical and the PGA for Best Film and Roma, which won the BAFTA for Best Film and is going to earn Cuarón multiple wins tonight. Ultimately, though, I think the largely American votership of the Academy will favour a film which gives them a simplistic message about racism, that 'racism only happens because black and white people don't converse enough', because that absolves them of blame. Hmmm.

Is this the real life? Or is this just fantasy? Bradley Cooper deserves to win, but the Oscar will go to Rami.

Olivia Colman ran her close (see what I did there?), winning the BAFTA and the award for Best Actress in a Comedy at the Golden Globes, but, given this is Glenn's seventh nomination without a win so far, it would be cruel not to reward her. 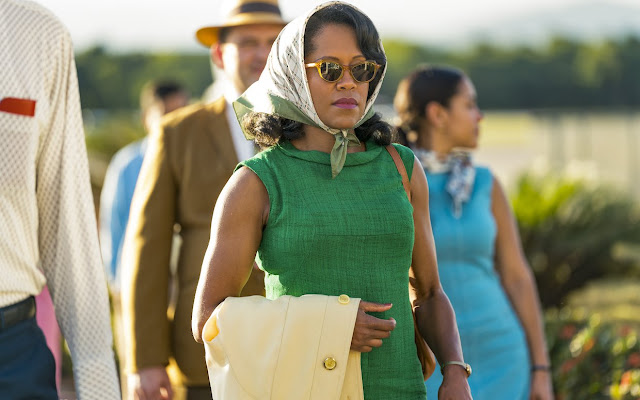 Best Supporting Actress has been a curio this awards season, because there hasn't been a frontrunner per se. Regina King won the Golden Globe, but wasn't even nominated for the SAG or the BAFTA. Emily Blunt won the former for A Quiet Place (major category fraud there, as she was in every scene!), and category fraud prevailed at the BAFTAs, with Rachel Weisz triumphing over her Favourite co-star Bugeyes.

So it looks like it's going to be Regina v Rachel tonight, but as Rachel Weisz already has an Oscar, and is technically a lead in The Favourite and is thus unfairly competing in this category, I'm predicting & hoping Queen King prevails!

Director: Alfonso Cuarón, Roma
There's no point even contemplating the alternatives. Cuarón swept the precursors, winning the Golden Globe, DGA, BAFTA, and multiple Critics' awards. This is in the bag.

Animated Feature: Spider-Man: Into the Spider-Verse 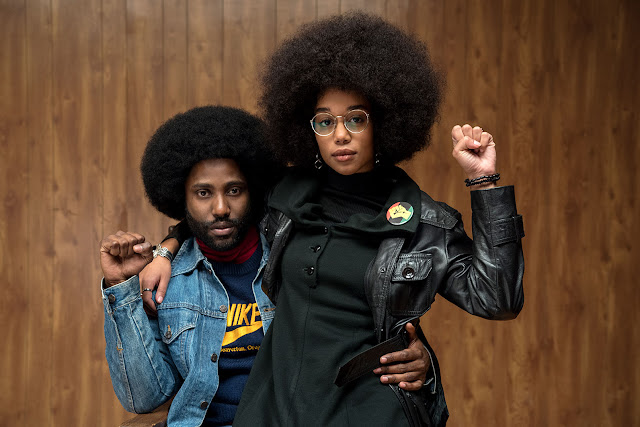 I'm predicting BlacKkKlansman here for two reasons. Firstly, it won Adapted Screenplay at the BAFTAs (as I'd predicted), and given the screenplay was very American, that it fared so well with British audiences suggests it should get an even more emphatic win tonight.

Secondly, Spike Lee really deserves some recognition for his legacy and his brilliant directorial work on the film, but as Cuarón has Best Director sewn up, this seems as good a place as any to give him a make-up Oscar.

Original Screenplay: Green Book
This category is trickier to pin down. The Favourite won the BAFTA, and had some terrific one liners which made me belly laugh (such as Nicholas Hoult's character being described as smelling of 'a 96 year old French whore's vajuju), but like I said, Green Book absolves Americans from blame for historical racism, which I think they will lap right up.

So I predict that to just edge it over The Favourite's sharp bite.

The Academy obviously enjoyed Bohemian Rhapsody, what with its Oscar nomination for Best Film despite a paedo directing it, and everything, and I reckon a large part of that was the rambunctious concert scenes.

Original Score: If Beale Street Could Talk
Nicholas Britell should have won two years ago for his gorgeous score to Moonlight, but instead lost to that insipid Blah Blah Bland score. Here's a chance for the Academy to grovel for that error.

Original Song: “Shallow” from A Star Is Born

Makeup and Hair: Mary Queen of Scots
From the sounds of it, Border deserves to win in this category, but as it's a foreign film, I'm cautious as to whether or not enough people saw it to vote for it. So instead I've chickened out and gone with Mary Queen of Scots, because they gave Margot Robbie boils (and boy did she bang on about it when she was Oscar-begging. Thank God she didn't get nominated for this film).

Wow that was strange. I just wrote an very long comment but after I clicked submit
my comment didn't appear. Grrrr... well I'm not writing all
that over again. Regardless, just wanted to say great blog!

You and they do it for the love of the game.

Hi, this weekend is good for me, as this point in time i am reading
this wonderful informative piece of writing here at my home.

Hi, Neat post. There's an issue along with your web site in internet explorer, would test this?

IE nonetheless is the market chief and a large element of people will miss your magnificent writing due to this problem.