Such is my fondness for exploring London restaurants using deals I’ve pre-bought on the internet, that I bought a Sunday brunch for two deal from BuyAGift at The Pickled Hen of London Marriott Hotel Marble Arch. The deal entitled us to unlimited Presecco for two hours and a Sunday brunch for £39.

You definitely get bang for your buck with this deal. Apart from the main, where you order a la carte, everything else from the brunch was buffet-style. Normally, when I think of buffets, I'm reminded of copious amounts of food on display, all of questionable quality. That wasn’t the case here at all: there was choice, but it was all refined and prepared, like cute little quiches, a generous cheeseboard and cold cuts including small slices of salami.

Two photos of just some of the awesome foods you could have: 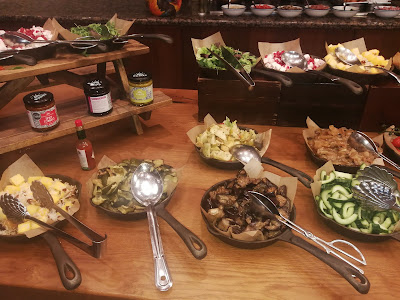 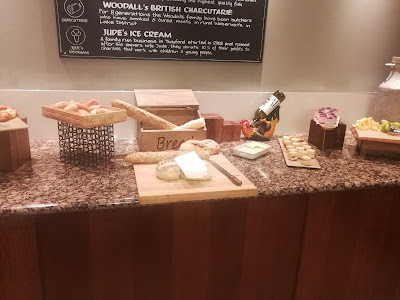 The best thing about the buffet, however, was that, in the enclave where all the buffet options were, was also a chef who was making fresh omelettes. There were several additional things you could ask to have in your omelette: cheese, bacon, tomatoes, onions, peppers, etc. So you could literally have your ideal omelette, made fresh!

What made it even sweeter was that there were no constraints on the number of omelettes you could have. I was so enamoured with my first cheesy omelette, that I had a second. Both were delicious, and the cook chats to you cheerfully whilst preparing them, which gives the experience an intimate, personal feel. 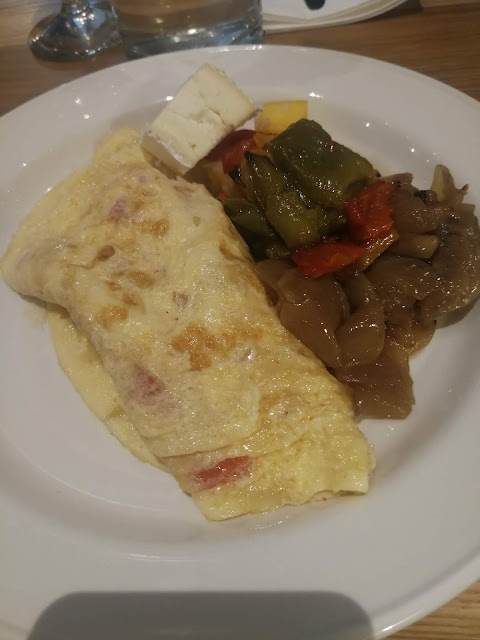 My first omelette: tomatoes, cheese and onions, with a side helping of onions and peppers. Oh, and more cheese (because I am obsessed with cheese). 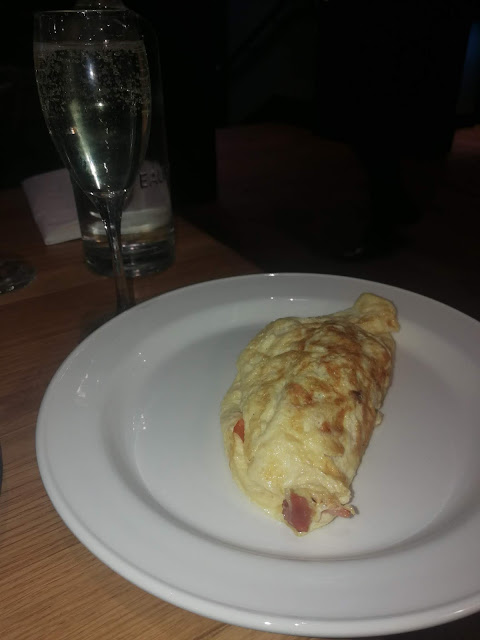 My second omelette: everything I'd had in the egg previous, with added bacon. The way the cheese and the bacon meshed together was heavenly.

My main wasn’t quite as exciting as the omelettes, mainly because it was so samey: beef wrapped in a big Yorkshire pudding-style thing, with potatoes all around to carb things up. 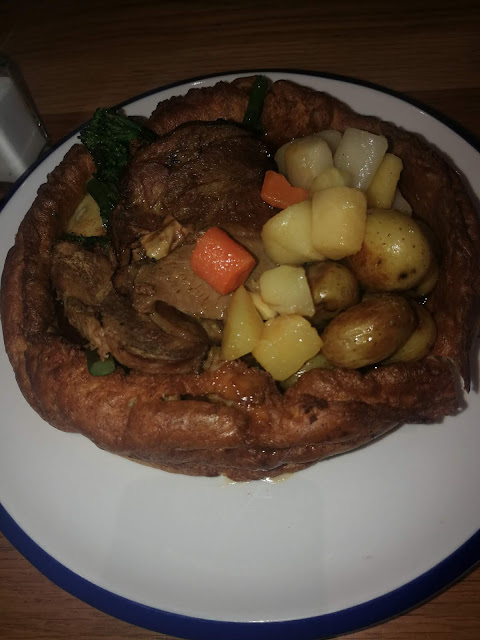 Between the meat, the Yorkshire pudding and the potatoes, there is not one ingredient there that I don’t dislike. However, something about the way it all came together, felt a tad uninspired. I blame it on the fact that there wasn’t enough gravy – had the meal had more gravy, the flavours of the different components would have fused together in a more holistic, satisfying way. Furthermore, as you've probably discerned by now, I like my meat cooked rare, and this was a little too well-cooked for my singular palate.

Given that I was almost full anyway from the omelettes, however, this doesn’t bother me as much as it would had I not had such a fulfilling starter. Furthermore, The Pickled Hen more than redeemed themselves with one practice which is almost unheard of in London.

The deal was for unlimited bubbles for two hours, although obviously, they’re not going to shepherd you out of the restaurant if you haven’t eaten all of your food in the two hours, as we hadn’t. What really impressed me, was that after the two hours were up, the waiters continued to top up our bubbles.

This went above and beyond what the BuyAGift deal promised, and I am very used to deals under-delivering on what they say they’re going to do, but never over-deliver. The Prosecco was good stuff too, not the Tesco bargain-basement stuff that I tasted at The Wine Stores in Kings’ Cross, leaving the drinkers light-headed and cheerful as they ventured out, bellies full, ready to tackle their Christmas shopping.

Thus, The Pickled Hen is a very fine gastropub, and one of the few places from my extensive sampling of BuyAGift/Groupon/LivingSocial that actually pleasantly surprised me. For £39 (which could well be lower if you're lucky enough to buy the deal when there's a promotion going), the deal is an absolute steal. Wherever I visit next using a voucher, has a lot to live up to.

Attractive section of content. I just stumbled upon your blog and in accession capital to assert
that I get in fact enjoyed account your blog posts.
Any way I'll be subscribing to your feeds and even I achievement you access
consistently fast.

This is the right site for anyone who would like to find
out about this topic. You realize so much its almost tough to argue
with you (not that I really would want to…HaHa).
You certainly put a new spin on a topic that has been written about for decades.
Wonderful stuff, just excellent!