The Christmas package at The Fable consisted of a three course meal, bubbles when we arrived and after the meal, and an entire floor rented out for disco dancing, complete with DJ. 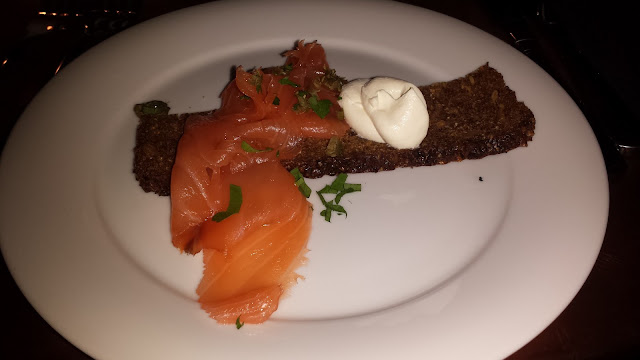 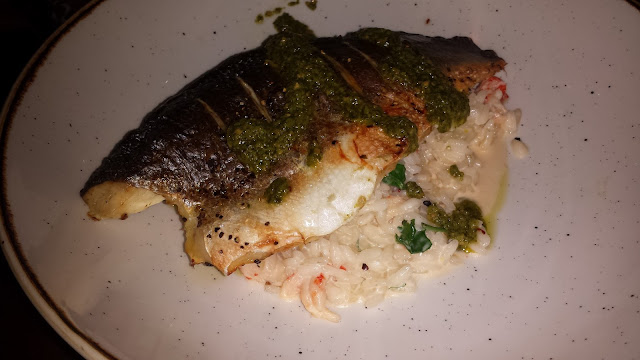 I had seafood for starters and main, and I regret nothing! The starter was a little sparse for my liking, but it certainly succeeded in piquing my hunger for the main, which is pictured, but the photo really doesn't capture the full deliciousness of it. There were tiny pieces of crayfish embedded in the rice in addition to the seabass, making this heaven for seafood lovers like me! 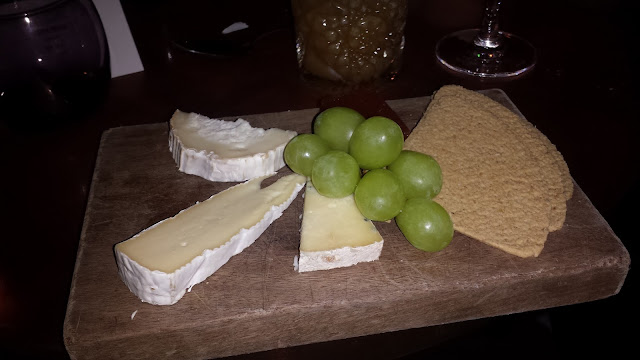 There was a nice selection in the cheeseboard, which is what I chose for dessert, although the jam (orange block at the back of the photo) wasn't liquid enough to spread across the biscuits, unfortunately, so you ended up eating that separately, as you did with each piece of cheese.

The dancefloor
The dancefloor was absolutely huge and very well staffed; you could go to the bar and be served promptly. My only issue was with the DJ, who was fairly set in his ways. I requested 'Goldigger' by Kanye West, as that is one of my all-time favourite disco songs, and he didn't play it for ages. It wasn't until I prodded him again that he did. This wouldn't have mattered if the music that he did play instead was good, but it was infuriatingly inconsistent. For every 'Uptown Funk' there would be some undanceable 80s track that he'd obviously shoe-horned in, thinking he was appealing to the older audience, but it wasn't working. So my advice to the DJ is to, ironically, do a little bit more listening to what his people want in the future.