A day out shopping in London just isn’t the same without a fulfilling meal at the end of it, and Brazilian barbecue chain Cabana has set up sticks in both Westfield Stratford and the Shepherd’s Bush venue, which is the one I visited. With colourful, welcoming interiors, and jaunt Portuguese crooners singing in the background, I probably would have paid it a visit sooner rather than later, but the fact that they accepted Tastecard made eating there even more desirable. 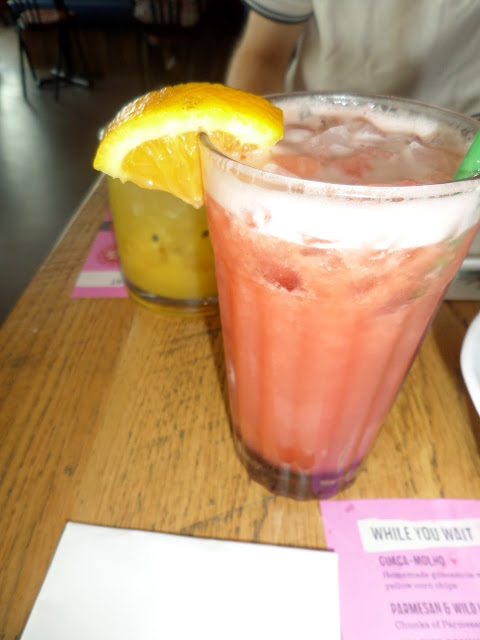 At the time we visited, Happy Hour was also taking place, and I had a Red Tail Parrot, which went down a treat (but was suspiciously lax on the alcohol, disappointing, given it cost £7). My friend had the Dream Team 1970, which he wasn’t a big fan of, but I thought was fine – the bitterness suited the taste of the cocktail. 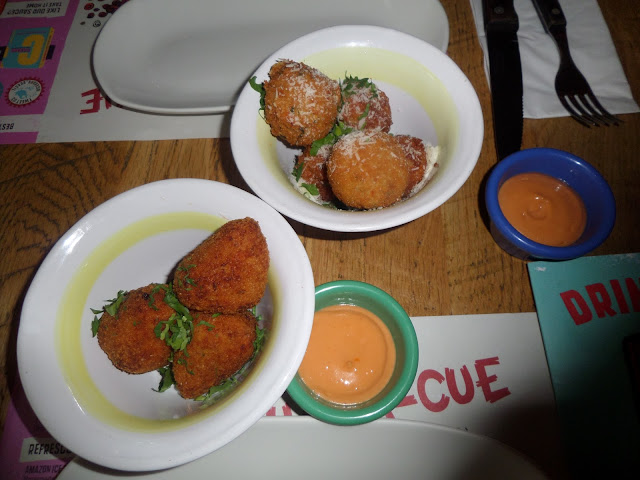 As for the food, starters were delicious but far too small had they retailed at the price in the menu, sans Tastecard. £3.95 for three small little rice balls simply didn’t impress. Throughout our time in Cabana me and Joe likened it to Nando’s (despite the latter being Portuguese, the former Brazilian), and whilst Nando’s is a bit overpriced for what it is, at least I wouldn’t feel awful eating there without a Tastecard. Cabana’s prices are fine with Tastecard, but without, nothing short of extortionate. I ate my starters in no more than four bites. 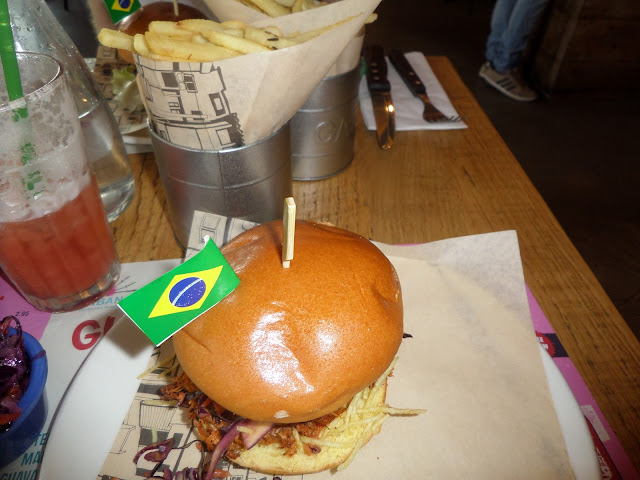 As for the pulled pork burger I had for the main meal, I wasn’t sold. Pulled pork is one of my favourite ingredients, and I’ve had many a delicious meal from my old work canteen with pulled pork in it, and my mouth still waters when I think about the pulled pork from Joe’s Southern Kitchen. I don’t even know how you can get it wrong. But the pulled pork from Cabana was lamentably, on the tasteless side. Pro tip to the chefs in Cabana: sticking a Brazil flag on a tasteless, tiny burger doesn't make it more succulent or larger.

Overall, I’d recommend the place if you have a Tastecard, but sadly it doesn’t pass the ‘would I eat there for the original prices posted on the menu?’ acid test. The food was perfectly satisfying, but take a look at the picture of the burger for yourself – is that worth £10?