My Obsession with Film Classifications.

A post in conjunction with Culture Snob’s Self-Involvement blogathon. I thought I’d talk in detail about my weird obsession with film ratings. 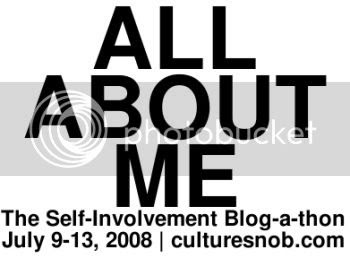 To start with, I’ll explain the British rating system. There are 5 ratings: U (suitable for all, the equivalent of G in the US), PG (parental guidance, ditto), 12A (which means that under-12s have to have an adult accompany them. 12A used to be a 12 and was changed to 12A immediately after I turned 12, so I was more than a bit pissed off about it), 15 (no-one under 15 can be admitted) and 18 (no-one under 18 can be admitted.)

The first time I visited the cinema in England was when I was 5. The film that I saw was Toy Story. It was wonderful, really. We had popcorn and sticky drinks and all the usual junk that is forced on you when you step into a cinema. Except, being the first time I’d ever had any of that food, I felt like I was in heaven. And the film itself was an experience of its own; I’d seen cartoons on TV before, but Pixar’s revolutionary brand of CGI amazed me. Back then I was probably too young to appreciate just how gorgeous and how much care had gone into creating every character, but all I know is that I thought it was pretty.

And I also remember being pretty damn scared by Toy Story at certain moments. I’d noticed that it was a PG, and perhaps it was a self-fulfilling prophecy, but knowing that it wasn’t a U-rated film made me scared at several points in the movie; particularly whenever Sid was on. But this whole crazy-obsession-with-film-ratings that I started when I was 5 has definitely carried through, because when I was younger, I used to be immediately terrified/suspicious of a movie if it had the 18 logo on it.

Similarly, if a film were rated 12 or 15, I’d feel a sense of false security when I went into the cinema to watch it. Two cases in point with 12-rated movies: The Others and Red Eye. I was so sure of myself that they’d be harmless, that I’d watch the “scary” scenes and suppress a yawn, but with both movies, that wasn’t the case; I was completely ruffled by parts of the movie.

I didn’t feel so much of a complacency towards watching 15s. This was because, when we were learning Spanish for GCSE, our teacher had played us Talk to Her, which was a 15. Most of us were 14 and 15, and the class was just so immature about the entire movie. I must admit, seeing it for the first time, I was kind of disturbed by certain parts of it, but it wasn’t anywhere near the most disturbing thing I’d ever seen. However, that experience had just shown me that movie ratings are all very well in describing how much swearing, violence, etc is in a movie, but it doesn’t necessarily measure the impact they have on the viewer. (Case in point, Savage Grace, which I saw yesterday. It was just a 15, but the sight of Julianne Moore doing something to her screen-son will disturb me for ages. Another case in point, Before the Devil Knows You’re Dead. That “sex” scene between Philip Seymour Hoffman and Marisa Tomei, shudder.)

Anyway, I’m just really obsessed with movie ratings, even on DVD cases. I used to have this paranoid fear when I was 17 that looking at the back of a DVD case that was rated 18 would get me automatically expelled from HMV. That’s why I’ve never tried buying an 18 when I wasn’t 18. I did buy a few 15s when I was younger than that and got away with it, but that all came to a halt when, on a Summer’s day, I’d tried to buy Ghost World & Dead Man Walking from Virgin Megastores and the store clerk had rudely told me that I “didn’t look anywhere near 15.” I was 14 and a half! Gimp.

To me, that marked my transition from child into adulthood (or child into less of a child).

EEek your Newsround article has a Joaquin picture on it! That's too fab beyond words! I bought my first 18 DVD at the age of 15 or 16. It was Requiem For A Dream (something which will haunt me forever) and the assistant apologised for asking for ID because it needed to be done. I laughed and said "It happens to me all the time." Can't believe I got away with it, I looked about 13!

I would leave a meaningful comment but I'm afraid I'm still reeling from the fact that you were only five when Toy Story came out.

The Toy Story/five comment just made me feel very old too.

Anyway, I wouldn't ever pay too much attention to film ratings. They're absurd and utterly meaningless and should probably be done away with except maybe as a rough guide for parents in gauging films for their very young kids. The ratings are totally arbitrary anyway. And they're even more odious in the US where the dreaded NC-17 rating, which is usually invoked for sex and only very rarely for violence, is used as a de-facto tool of censorship to coerce filmmakers into toning down their vision.

Julie was amazing, though. It's such a shame that she can't find better work.

Why? It was worthless, save Julie's performance a coupla nice costumes.

PS. I bigged up Casino. Happy?