Happy Hump Day! My picks for male babes of 2009. If you were wondering if I had a 'type', feel free to peruse my lists from previous years!

The two dishy men in this list, along with the three European bombshells in the girl's list, give Inglourious Basterds a grand total of five entries across the eye candy of 2009 list, meaning it's second only to Inception (with seven, Tom Hardy, Leo, JGL, Ken Watanabe, Cillian Murphy, Ellen Page and Marion Cotillard) in terms of sheer quantity of eye candy.  Unlike Inception, I also happen to enjoy Inglourious Basterds; it's my second favourite film of 2009, after Up.

NB: I currently have four men from Dunkirk in my hotties of 2017 list, but due to my relatively newfound Aneurin Barnard thirst, were I to re-do that list, that would also have five guys (haha, burger reference) on, meaning it ties with Inglourious Basterds for second place in the eye candy stakes.

05. Bradley Cooper, He's Just Not that Into You 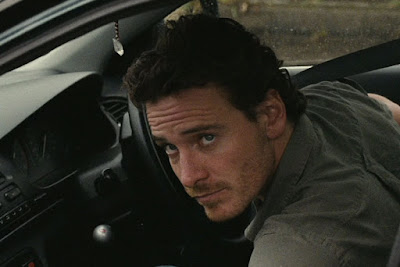 My Law inclusion here (and the two Harry Potter boys) allows me to segue to a movie-going dilemma that's currently on my mind: whether or not to see Fantastic Beasts and Where to Find Them - The Crimes of Grindelwald, where Jude Law has been cast as a young Albus Dumbledore, when it comes out this November.

On one hand, I love Law, and this role, of the young Headteacher of Hogwarts, will allow him to exhibit his charisma, and that's one of my main draws to the film.

I actually only watched the first film for the first time last week, and I found Dan Fogler all kinds of charming in it. He stole the show as the no-Maj Jacob, so I'd love to watch him again in the second one, particularly his chemistry with Queenie!

Me watching Fantastic Beasts coincided with my newfound girlcrush on Zoë Kravitz, who was seen fleetingly (I literally watched Rough Night and Big Little Lies just for her. She's gorgeous!). Her character 'Leta Lestrange' gets a more prominent part in the second film, and I'm curious to see her story arc.

But, on the film's negative side, the Oscar-begging toff Eddie Redcarpet was absolutely intolerable as 'Newt'. He mumbled his way through his lines (enunciate, for Chrissakes!) and had zero chemistry with Katherine Waterson, who the film was trying to plant seeds of a fledgling romance for.

More worryingly, the film is called 'The Crimes of Grindelwald' and Grindelwald is played by that violent, alcoholic wife-beater Johnny Depp. I'm annoyed he got the role but not surprised: white guys in Hollywood get away with all kinds of transgressions and no amount of #TimesUp badges are likely to change that.

What does disappoint me is that J.K. Rowling endorsed him, posting a mealy-mouthed statement about how we don't know the full story, and then going round liking tweets calling Amber Heard a liar. The same J.K. Rowling who was such a staunch advocate about women's rights and female solidarity, throws Amber Heard under the bus the second it's financially beneficial to conveniently ignore one woman's pleas.

It has been hella dispiriting to witness the creator of this beloved franchise show her true hypocritical colours. That's why they say you shouldn't have heroes, kids; they'll only let you down!

I love your blog.. very nice colors & theme. Did youu make this website yourself or
did you hire someone to do itt for you? Plz reply as I'm looking to create my own log and ould like to know where u got this from.
thank you

The great thing about this DVD is that you could
do the dance exercises anytime, without having a partner.
Warrior bands moved south and east towards the rich pickings with
the peoples whom that they had traded with. With the number of el cheapo acoustic
guitars being produced nowadays you'll probably need somebody you trust that will help you choose a
guitar.

What's up mates, nice article and nice arguments commented here, I am
in fact enjoying by these.

May I just say what a relief to find someone that really understands what they
are talking about online. You actually realize how to bring a
problem to light and make it important. More people should check
this out and understand this side of your story.
I was surprised you aren't more popular because you surely have
the gift.